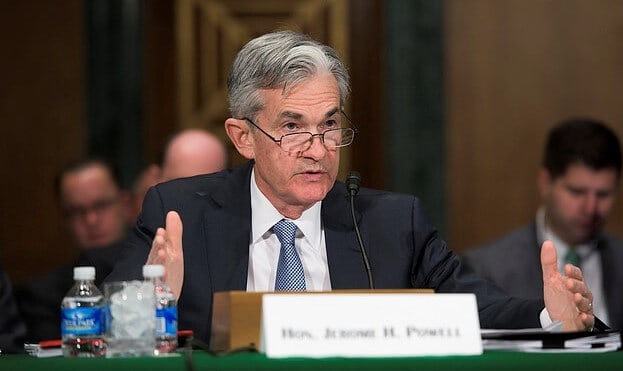 Gold prices posted mixed results after the US Federal Reserve said it would continue buying Treasuries and mortgage-backed bonds at an accelerated rate, citing concerns about the strength of America’s economic recovery.

The price of gold took a jump during Fed chairman Jerome Powell’s (pictured) speech, moving from $1,713 to an intraday peak of $1,740 but then slid back to $1,727 during today’s early commodity trading activity, as investors seem to have mixed views on the yellow metal’s future. 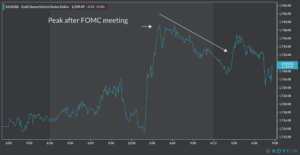 This mixed picture reflect analysts’ comments on gold prices, as some favor a decline in the price of the precious metal, citing the strength of the economic recovery and an appetite for greater risk from investors, while others see gold as a safe haven during a time of potential deflation.

“The market is really tossed and torn between the pessimist and optimist and that’s the main reason why we are still moving around this 1,700 level for quite sometime now”, said Carsten Menke, an analyst from Swiss bank Julius Baer.

The Federal Reserve Open Market Committee announced just yesterday that it planned to maintain its 0-0.25% benchmark interest rate at least until the end of 2021. The Fed also set a target inflation of 1% for 2020, down from a 1.9% it expected last December,  fueling fears about a period of deflation as a result of the pandemic.

Powell said the US economic recovery would not be easy after losing some 20 million jobs since February. He added: “We have to be honest that its a long road.”

Australian bank ANZ said that “macro uncertainty, lower interest rates and accommodative central banks should remain long-term supports [for gold]”, but economists at Capital Economics commented that “unless the virus takes a turn for the worse, we think safe-haven demand will wane too as the global economy recovers, ultimately weighing on the gold price”.

The price of the yellow metal continues to dive so far this morning, losing 0.70% against yesterday’s closing price of $1,732, while Gold Miners Vaneck (GDX) exchange-traded fund is also sliding by 1.8% during pre-market stock trading activity, potentially opening the session at $33.9.