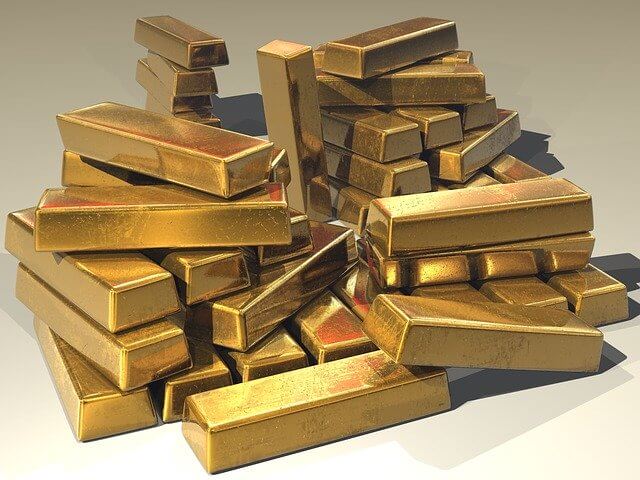 Gold prices tumbled 4.6% yesterday in what was the second biggest drop seen by the yellow metal since the year started, as investors jumped on the risk wagon amid positive news on the vaccine front.

The price of the precious metal moved from $1,951 to $1,861 and closed near the session’s lows while reclaiming some lost territory this morning in early commodity trading as it advances 0.95% at $1,880 per ounce.

Yesterday’s meltdown was accelerated by an appreciation in the US dollar, as reflected by Bloomberg’s US Dollar index (DXY), which traded 0.54% higher at 92.725 as investors grew more confident that further economic stimulus from the US government might be delayed now that the likelihood of an effective vaccine being distributed in early 2021 has increased significantly.

In this regard, US top immunologist, Dr. Anthony Fauci, told CNN this morning that he sees the possibility of administering the first shots of the Pfizer vaccine by the end of this year as “very likely”.

“We may have doses that we are able to give to people by the end of November, the beginning of December, probably well into December”, said Fauci.

Gold mining shares followed gold in its path lower, as reflected by the VanEck Vectors Gold Miners ETF (GDX), which plunged 6.1% during yesterday’s session to close the day at $38.88.

Although an effective vaccine is not good news for low-risk assets like gold, the increasingly accommodative monetary policy followed by central banks amid the pandemic should continue to provide support to the value of the precious metal.

Meanwhile, the prospect of a potential spike in inflation rates amid the significant amount of liquidity poured into the financial system lately could further increase investors’ appetite for gold in the long run.

“I still think we’ve got more stimulus coming and the Fed will keep rates low, while a vaccine is going to provide that reflationary impulse… That’s why the markets are still holding onto gold”, said Stephen Innes, chief global market strategist for Axi, during an interview with CNBC this morning.

What’s next for gold after yesterday’s plunge?

Despite yesterday’s downtick, spot gold and miners remain caught up in the same bull flag pattern they have been forming since their August highs.

This pattern indicates that a continuation of the August bull run could come at any point, although the positive catalyst for that seems absent at the moment.

That said, given the severity of the virus situation in both the United States and Europe at the moment, it would be plausible to see further relief coming from central banks in December – and possibly from governments as well in the form of fiscal aid.

That possibility, along with the prospect of higher inflation in the long-run, is providing both a floor and the possibility of more upside ahead for gold.