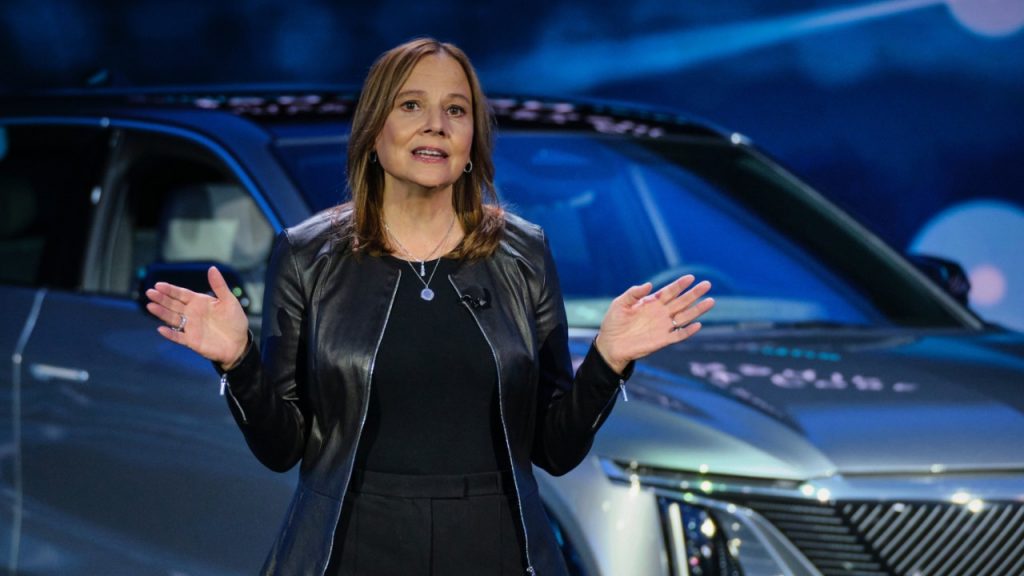 General Motors (NYSE: GM) stock is trading lower in early US price action today after the company released its second-quarter delivery report. While the largest US-based automaker warned of continued supply chain issues, it maintained its guidance for the year.

To be sure, even GM is not immune from the supply chain issues which have been plaguing the entire automotive industry. It had to delay deliveries of 95,000 cars to dealers in the second quarter. Automakers have added several cars to their inventory as they could not build the cars completely due to the shortage of chips. The company said that sales incentive was 2.3% in the quarter which is near record lows. Automakers increase the incentive when the demand is strong and lower them when they find it hard to sell vehicles.

GM meanwhile sounded upbeat on the outlook amid low dealer inventories and strong pent-up demand. Thanks to these two factors automakers have been able to raise car prices. Tesla also recently announced price hikes across all its models in the US.

Commenting on the delivery report, Steve Carlisle, GM executive vice president and president, North America said “GM’s sales and market share have grown each of the last three quarters, even with lingering supply chain disruptions.” He added, “Our long-term momentum will continue to build thanks to the launches of groundbreaking new EVs like the GMC HUMMER EV and Cadillac LYRIQ, and the tremendous customer response to the Chevrolet Silverado and GMC Sierra.”

The company delivered 7,300 electric cars in the quarter which is way below what Tesla sells. However, John Murphy, Bank of America’s lead automotive analyst believes that both GM and Ford would increase their market share in the US EV market and expects both companies to have a 15% share each by 2025. 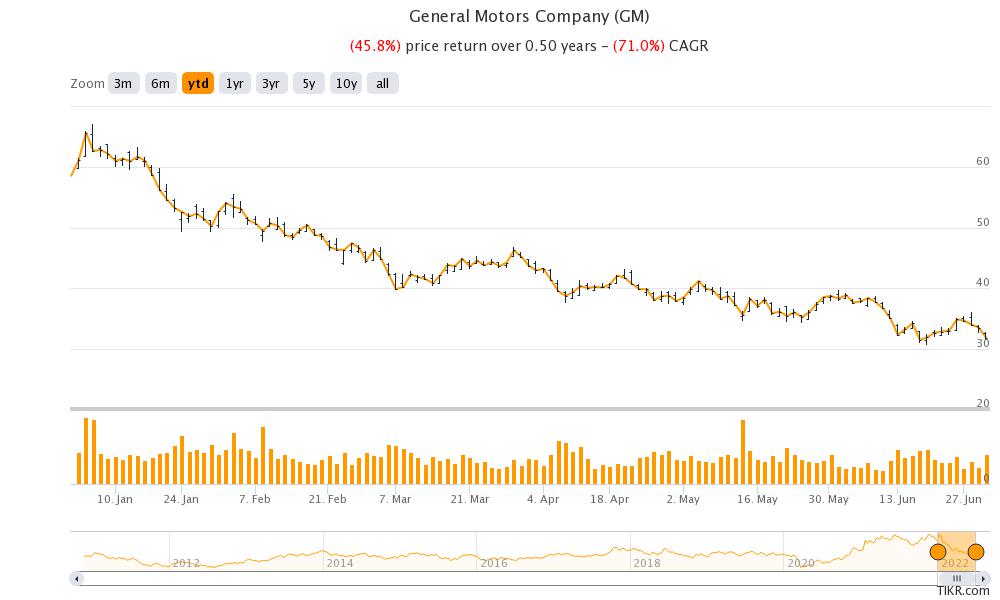 GM has maintained its 2022 guidance of net income between $9.6 billion-$11.2 billion. Automakers are posting record profits despite selling fewer models and rising input costs, thanks to the strong vehicle pricing environment. The company however said that the net income in the second quarter would be between $1.6-$1.9 billion, which is below the $2.46 billion that analysts were expecting.

Recession fears are taking a toll on markets

Meanwhile, automakers’ stock prices have been hit in 2022 amid rising recession worries. Being a cyclical industry, the automotive industry witnesses a sales slump during an economic slowdown. Atlanta Fed’s GDPNow measure estimates that the US economy contracted in the second quarter. The US GDP had fallen in the first quarter as well and if it contracts in the second quarter as well, we will be officially in a recession.

Many brokerages expect a recession in the US and Cathie Wood believes that we are already in a recession. Michael Burry, who rose to fame with his bet against the US housing market in 2008 believes that the crash in US stocks is half done. He said that while the multiples have come down, downwards earnings revisions would drive the next round of crash in US stocks. US stocks anyways had the worst first-half performance in more than 50 years on rising inflation and recession worries.

Like Ford, GM has also streamlined its business to focus on profitable markets. Both the companies have exited perennially loss-making markets including India. GM was looking to sell its India plant to China’s Great Wall but has called off the deal amid regulatory hurdles.

All said the transition toward EVs would be the key driver for GM over the next decade. Like Ford, GM has outlined billions of dollars in investments to make electric cars but sales have not picked up much so far.

In May, Berenberg initiated coverage on GM stock with a buy rating sounding bullish on its EV plans. It said, “We expect GM to meet its 400,000 EV target sales by 2023 and to exceed its 1m before 2025 goal, putting it on course toward EV leadership in North America.”

While GM stock opened higher today, it turned negative soon as the broader markets fell after opening in the green. The stock has lost 45% in the year and is trading near its 52-week lows. The company suspended its dividend in 2020 and hasn’t restored it since while rival Ford did so last year.