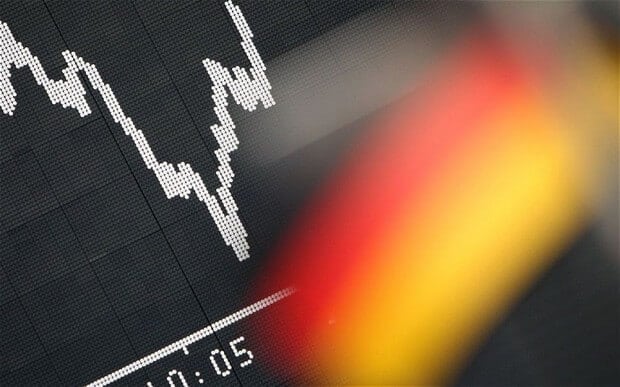 Bond yields are falling globally as investors becoming increasingly worried about the US-China trade war. Investors are moving their funds into US government bonds, and this is pushing yields lower by the day.

As of Monday, the ten year US Treasury yield fell by 1.75%, the lowest the yield has been since October 2016. The rising demand for bonds pushes up prices, and as a result, yields drop. The Federal Reserve has cut interest rates once this year but the return on the ten years US Treasury has fallen by close to a full percentage point. At the beginning of 2019, the 10-year bond had a yield of about 2.7%.

Investors recognize that the saving bonds they are pouring their funds into may not produce much of a return on investment, but they are considered a safe asset. Some of the bonds in Europe have actually been below zero for a few weeks, including the German and French bonds. The 30-year German bond went negative on Monday, and the Dutch bonds are also yielding negatively. The British 10-year bond has fallen to its lowest level every, yielding just 0.5%.

Fresh tensions in the geopolitical struggle between China and the United States resulted in China’s currency tumbling. The fall of China’s currency led to stocks plunging and pushed investors towards bonds.

Although yields are likely to go even lower, investors will still be keen on investing in government bonds. The bonds provide a safer investment option in comparison to speculative stocks. Investors who are more interested in preserving their capital for the long term than they are in generating huge profits, and they would rather invest in bonds.

Investment Markets Could Get Worse

With no end in sight as far as the U.S-China trade war goes, things could get worse before they improve. On Monday, China said that it would no longer buy US agricultural products as the two countries increase the pressure on each other. President Trump tweeted that China was engaging in currency manipulation, and it has raised speculation that he wants to cut rates further.

Chair of the Federal Reserve, Jerome Powell, may be forced to cut short term rates soon and not only because of Trump’s pressure. The bond market as it stands requires more cut rates. If the rates are not slashed, the global economy could grind to a stop, like what happened in Japan a few decades ago.

The Federal Reserve is likely to struggle to keep bonds from falling further as Presidents Xi and Trump fail to find common ground. Neither of the two administrations seems to be keen on letting up, and it might be a long time before the two countries find a solution.

According to Matt Toms, Chief Investment Officer of fixed income at Voya Investment Management, fears of a messy Brexit are also affecting bonds trading. Since Boris Johnson took over as the UK’s Prime Minister, investors across Europe are feeling cagey about the direction in which he could take the UK.