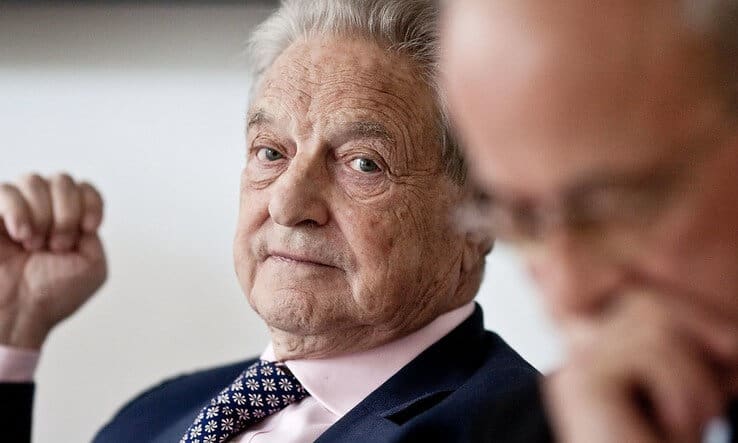 Legendary financier George Soros (pictured) says the European Union may split in the wake coronavirus crisis if it fails to help the bloc’s weaker countries through perpetual bonds — a bond whose principal amount would never be repaid.

Soros, 89, said he worried that the economic damage suffered by European countries as a result of the health emergency will last “longer than most people think,” he told the Dutch newspaper De Telegraaf in an interview published on Friday.

He added: “This is not a theoretical possibility; it may be the tragic reality”.

The head of Soros Fund Management said a €1trn perpetual bond should be issued, and the proceeds from this fixed-income instrument should be used to aid European economies in their recovery.

These sovereign bonds would allow the European Commission to borrow money without incurring significant costs, as Soros’ proposal assumes that they can be priced at a 0.5% annual interest rate, which would result in only €5bn in interest charges per year.

Soros, who heads his New York-based family office with roughly $2bn in assets under management, said: “If the EU is unable to consider it now, it may not be able to survive the challenges it currently confronts”.

His recommendation comes at a time when the European Union is facing a potential recession, with economists forecasting a 7% drop in the region’s gross domestic product. The impact may be for countries in the 27-nation bloc in poor financial shape.

The strongest economies in the EU including the UK, France, and Germany have issued billions of euros in rescue packages for private companies to contain the fallout, while struggling to reopen their economies amid the threat of a potential second wave of the virus. Debt-laden countries such as Italy have backed the idea as a way to revive its economy, but Germany has resisted, fearing it may pick up the tab.

George Soros, gained his fame as a tough financier after his bet against the pound sterling in 1992 earned his fund roughly $2bn, giving him the title of “the man who broke the Bank of England”.