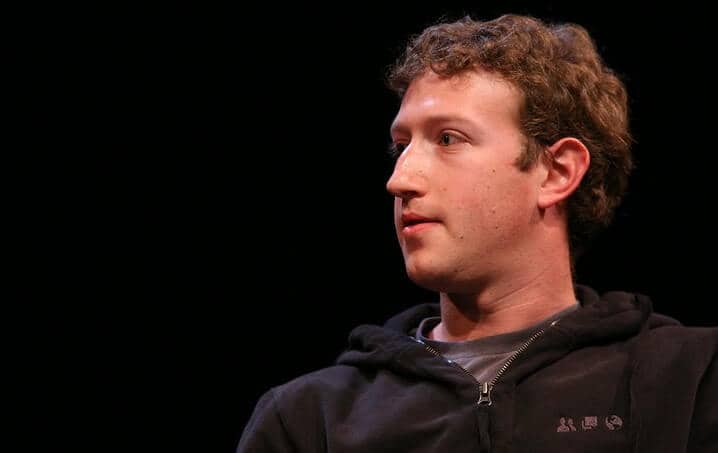 Big tech firms are lined up to report earnings this week and Facebook is among them, posting its first-quarter results on Wednesday. Analysts expect revenue growth to ease at the Menlo Park-based social media giant, as firms cut their marketing budgets due to the recent economic slowdown triggered by the coronavirus outbreak.

Even though lockdown measures have contributed to an increase the company’s user base and the usage of its popular platform, including Instagram and Whatsapp, analysts expect a drop in revenues as Facebook completely relies on advertising for revenue.

Bryan White, an equity analyst from Monness Crespi Hardt, has cut his revenue forecast for Facebook’s first-quarter revenues to $16.9bn, down from $18.47bn he first anticipated.

White’s estimates are possibly in the lower end of Wall Street forecasts, as analysts surveyed by Visible Alpha estimate Facebook’s revenues will come in at $17.5bn, while others pooled by Zacks are forecast sales of $17.2bn.

Shebly Seyrafi from FBN Securities recently dropped his earnings per share estimate for the quarter from to $1.79 from her earlier view of $2.04, citing the fact that Facebook, led by co-founder and chief executive Mark Zuckerberg (pictured), generates half of its revenues from the US, Canada, and Europe, all of which have seen a significant deceleration in their economic activity as a result of the virus. 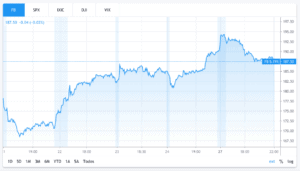 This would result in a 104% jump compared to $0.85 the company reported a year ago, even though that quarter was affected by a one-time $3bn charge the company took on potential legal expenses derived from the Federal Trade Commission probe it faced. After adjusting that non-recurring charge, actual growth would be around 2%.

Facebook shares have been rallying ahead of the company’s quarterly report and accumulate a 9.8% gain since April 21, even though the stock is still losing 8.7% so far this year as a result of the sell-off triggered by the health emergency on 20 February.

You can browse our selection of featured stock brokers to buy Facebook shares, or you can also trade ETFs that track tech companies including Facebook, Apple, and Google to benefit from the positive performance of the industry as a whole.