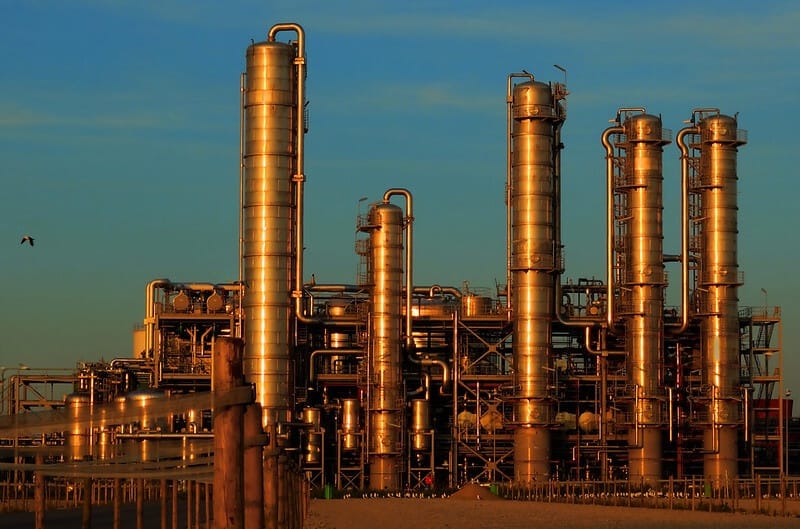 Exxon Mobil (NYSE: XOM) stock is among the biggest losers of Dow Jones Industrial Average amid the broader stock market volatility and oil prices crash. Exxon shares lost more than 15 per cent after Saudi Arabia said it would boost production as part of its escalating oil price war with Russia.

Exxon Mobil stock was struggling well before the latest oil crash; the stock is down close to 40 per cent in the last three months – currently standing at the lowest level since 2004.

The US giant’s outlook turned bleaker after Saudi Aramco said the Ministry of Energy directed it yesterday to boost the oil production to 13m barrels per day from a previous range of 12.3m.  This is the confirmation that Saudi Arabia practically started price and market share war with other biggest producers like Russia.

The price of crude reversed gains that it had generated in Tuesday trading. The Brent crude fell to $35 a barrel from the last closing of $38 a barrel while US WTI is hovering around $33 a barrel. Meanwhile, the market analysts are unsure about where the bottom of this latest selloff lies.

“Given persistent lack of clarity, markets will likely continue to signal their discomfort,” said Flavia Cheong, head of equities for the Asia Pacific at Aberdeen Standard Investments.”We don’t think the market has yet priced in the worst-case scenarios.” 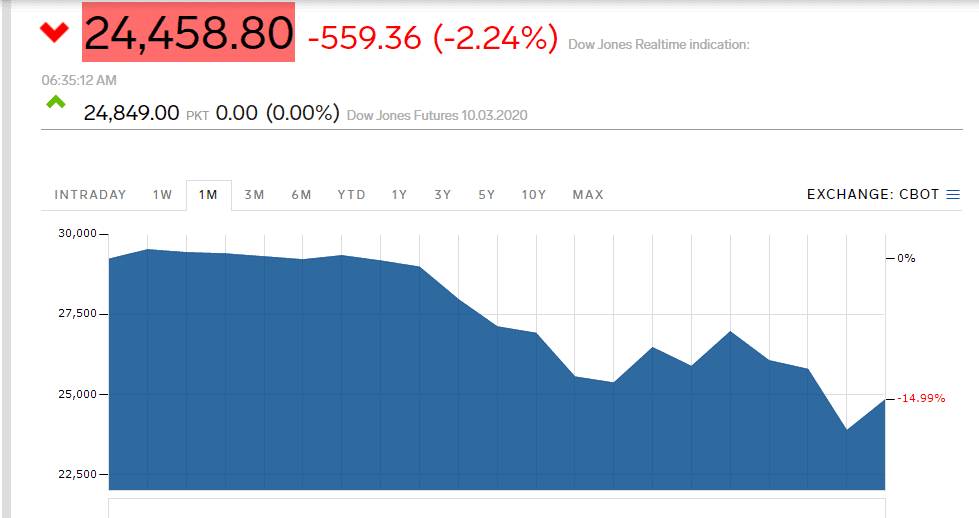 Dow Jones Industrial Average future plunged almost 2 per cent after closing 4.5 per cent higher in Tuesday trading. Exxon Mobil stock along with other oil producers are leading the losses. The S&P 500 and NASDAQ futures are also pointing losses after Saudi Armco’s statement.

The stock markets across Asia lodged losses while London stock indices are showing gains due to a 0.5 per cent rate cut from the Bank of England.

Market players are betting for another rate cut from US Federal Reserves considering the looming threats to the global economy.

“A global shock economy suggests that policymakers will need to step in more forcefully, and the US Federal Reserve should cut interest rates again, with other central banks following their lead,” said Gilhooly, senior emerging markets economist for Aberdeen Standard Investments.