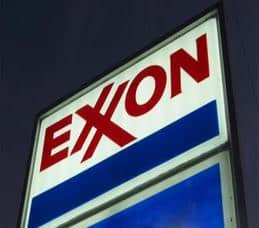 Something very unusual is happening.  Exxon Bonds (XOM) and the short-term bonds of other AAA rated companies such as Johnson & Johnson (JNJ), Microsoft (MSFT), and Automatic Data Processing (ADP) are trading at yields similar to, or in some cases below US Treasuries.

The market is saying Exxon Bonds are safer than the US government. Is that true? In my opinion, the answer is yes, although this contradicts the hundreds of times that I have written that US Treasuries are “the safest investment in world”. We often think about the risks associated with a bond as the same as the issuers ability to pay. However, there is another factor that is just as important, the issuer’s willingness to pay.

Most of us have been in situations where we have been owed money (in my case after a sports game) and not been able to collect because of the debtors unwillingness to pay.  This happens on a broader scale involving government entities.  Orange County California declared bankruptcy in 1994, despite being one of the 100 wealthiest counties in United States, with a median family income over $70,000 per year. While the county had the resources to pay, the voters of the county rejected the tax increases necessary to pay its debt obligations. The citizens of the county were unwilling to pay its debt. (learn more about the safety of municipal bonds here)

The US will be hitting its debt limit again in the near future. The fundamental forces that made raising the debt limit difficult in 2011 are still in place. A divided government, (a Democrat in the White House and a Republican controlled House) which don’t seem to be able to find common ground will make this process difficult again. In other words, there is a chance that due to political issues the US government will miss an interest payment or two.

In the short-term Exxon Bonds are more attractive than government bonds:

Ability to pay: There are about $1 billion of Exxon bonds outstanding and $12 billion in total debt. The company has about $13 billion in cash. Exxon has plenty of cash to pay off its debt obligations. Even it did not have cash, it generates tens of billions a year in income. Even it did not generate this income it also owns lots of valuable oil wells. In short, there is no reason why Exxon will be unable to pay its debt.

Willingness to pay: Exxon is not hampered by the political issues that could prevent the US government from paying. In fact, if the CEO of Exxon for some unfathomable reason decided to not pay its debt obligations, the board would promptly remove him and pay the debt. If for some reason that did not occur, Exxon bondholders could go to the courts and order the company to pay. In short, large financially healthy companies pay their debts.

In the longer-term, many things could happen to Exxon which could hurt its financial health. Its energy resources could be nationalized. Cheaper sources of energy could be discovered. Its revenues could be taxed to the point where it no longer is able to generate profits. However, in the short-term these types of events are not likely impact Exxon’s ability to pay its debt.

Bottom Line: Exxon bonds might be less risky that The US Government.