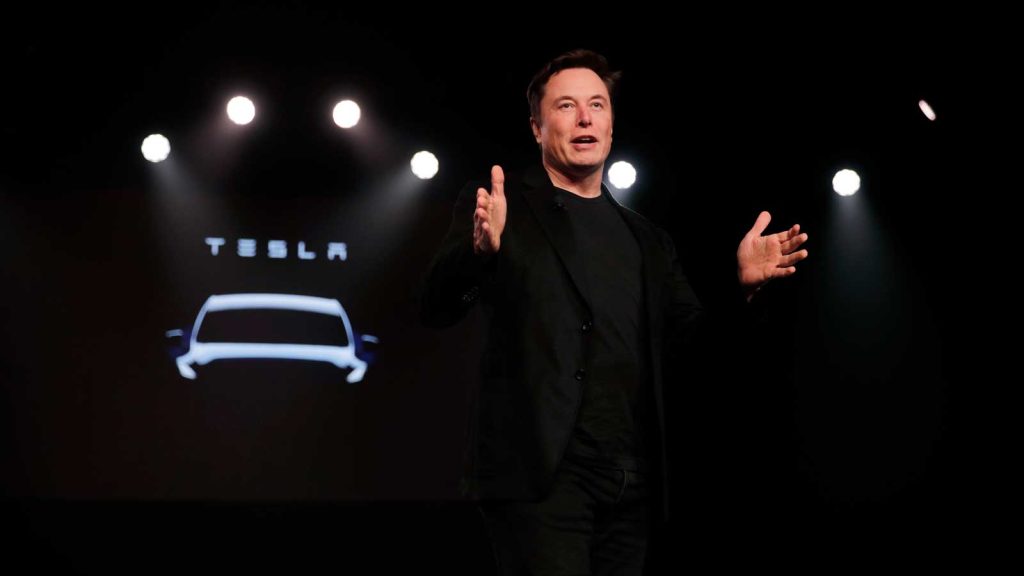 Tesla’s CEO Elon Musk is no stranger to controversies. After walking out of the deal to acquire Twitter at $54.20 per share, the world’s richest person has proposed buying the company at the original terms.

Twitter sued Musk after he backtracked on the deal. The trials were set to begin in a few days and Musk has now done yet another about turn and wants to buy Twitter for $44 billion as he had originally announced.

Markets are still debating what made Musk to announce the Twitter buyout at original terms. Adam Badawi, a law professor at UC Berkeley said that the original deal was “a very seller-friendly agreement that would be very difficult to get out of.”

Indeed, Musk offered a hefty premium to buy Twitter. Twitter’s board was initially reluctant to let Musk acquire the company and also introduced a poison pill to thwart the acquisition attempt. However, given the massive premium that Musk was offering for Twitter, it looked legally untenable for the board to block the acquisition.

Badawi believes that “in all likelihood it was going to result in forcing him to close at $54.20 a share.”  Musk announced his intent to buy Twitter days before his deposition and many believe that the billionaire saw dim hopes of getting out of the acquisition. Incidentally, Musk’s offer to buy Twitter rests on the stoppage of the legal proceedings.

Twitter sued Musk for “specific performance” and the stockholders voted in a majority calling upon Musk to fulfill his deal obligations. Notably, Twitter’s stock crashed after Musk walked out of the deal.

As expected, Twitter stock soared after Musk’s offer to buy the company at original terms. However, Tesla stock closed below its day’s highs. Many are apprehensive that after Musk takes Twitter private, he would need to devote more time to the company which could be a distraction. 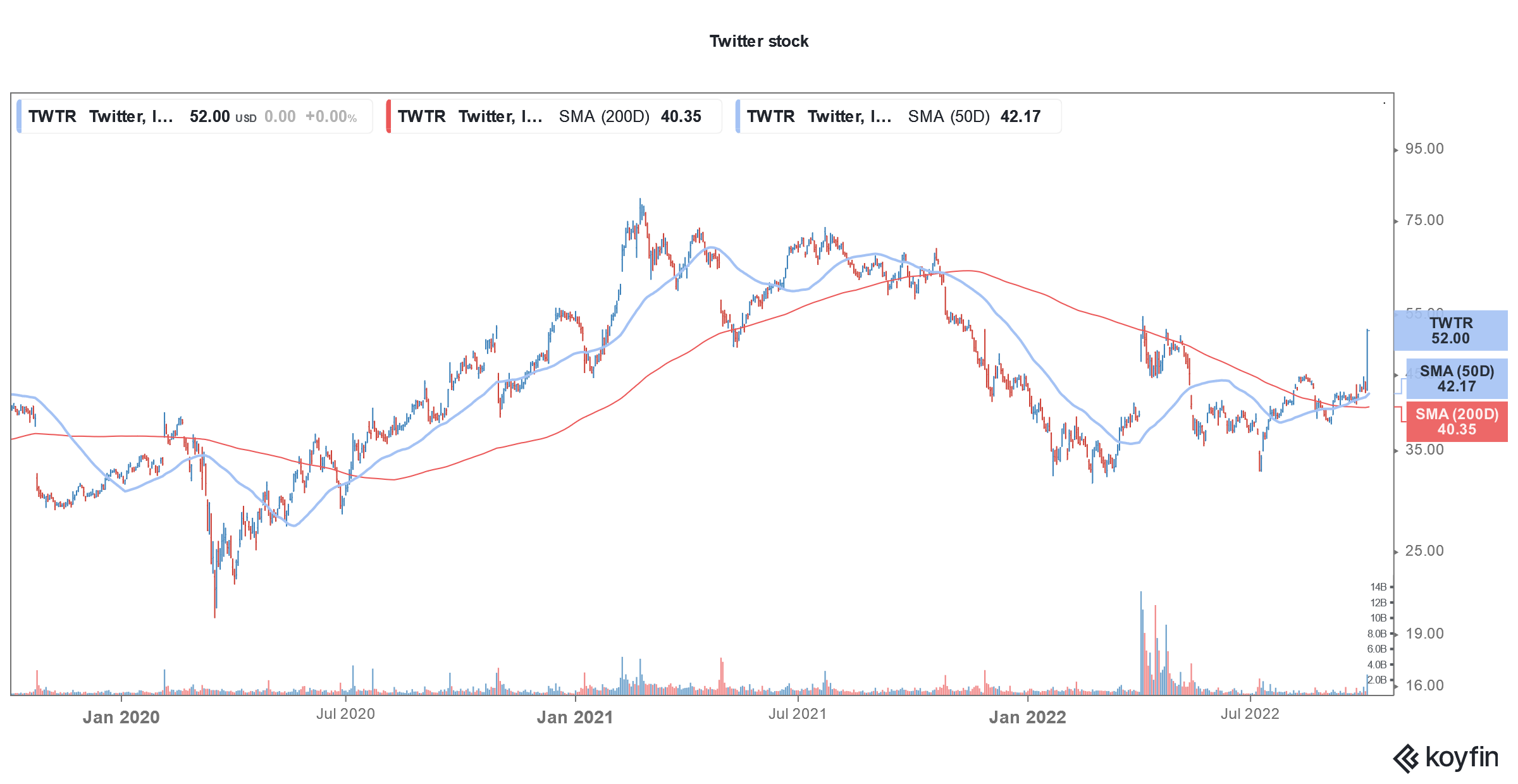 DWAC-TMTG merger transaction has been quite tumultuous from the onset. The deal is facing regulatory scrutiny and DWAC stock price has plunged from $97 to around $17 now. DWAC has also delayed the voting on the extension. Notably, most of DWAC’s stockholders are retail investors, many of whom happen to be Trump’s fans. However, retail investors usually do not participate in corporate voting which has been a headache for DWAC as it seeks their approval to extend the SPACs (special purpose acquisition company) life.

Some of the PIPE (private investors in public equity) investors also walked out of the transaction amid the various legal troubles that the merger is facing.

So far, Truth Social’s growth has failed to excite. Trump himself has around 4 million followers on the platform which is less than 5% of the 89 million Twitter followers he had before his account was suspended.

The platform has faced teething troubles and was also blocked by Android. TMTG hired former Congressman David Nunes as the CEO but he has no experience in any of the businesses that TMTG is present into.

In April Musk revealed that he has bought a 9% stake in Twitter. The company offered him a board seat which he turned down, inviting speculation that he is looking to acquire the company. Soon enough Musk made an offer to acquire Twitter and take it private.

However, in May Musk said that he has put the deal on “hold” over the alleged fake accounts on the social media platform. While Twitter maintains that only about 5% of its accounts are fake, Musk believes that the number is a lot higher.

The various about turns of Elon Musk

To be sure, Musk has been making such flip-flops quite often. For instance, despite him denying the need for capital raise during the Q4 2020 earnings call, Tesla announced a stock sale after a few weeks. The company eventually raised $13 billion in 2021. He has also had a change of heart on bitcoins.

In May 2021, Tesla stopped accepting bitcoins as payment and Musk said that the electric vehicle maker has “suspended vehicle purchases using Bitcoin” as the company is “concerned about rapidly increasing use of fossil fuels for Bitcoin mining and transactions, especially coal, which has the worst emissions of any fuel.”

Back then Tesla said that it would continue to hold the bitcoins that it has on its balance sheet. However, the company sold most of its bitcoins this year despite the crash in cryptocurrencies.

Musk has also flip-flopped on dogecoin despite being a self-proclaimed “dogefather.” He did not accept the meme cryptocurrency as a payment method on Tesla despite his Twitter poll. He has also called dogecoin a “hustle” while pumping its price at other occasions.

Even on Tesla’s valuation, he has changed his stance. From calling the stock “overvalued” in 2020, he ended up justifying the valuation next year, despite it having risen multi-fold since 2020.

Musk has also been rediscovering himself politically and has said he won’t vote a Democrat in 2024. He admitted to voting Democrats in the past and opposed Donald Trump in 2016 who he said wasn’t fit to lead the country. Musk later joined Trump’s economic council only to drop off after he withdrew from the Paris Climate Deal. The world’s richest person has also called himself as a “free speech absolutist” even as his actions haven’t been in line with that.

Musk has teased what he calls App X. He tweeted, “Buying Twitter is an accelerant to creating X, the everything app.” Musk intends to make several changes at Twitter including a paid version. However, given his unpredictable nature, it remains to be seen if he actually ends up buying Twitter now.