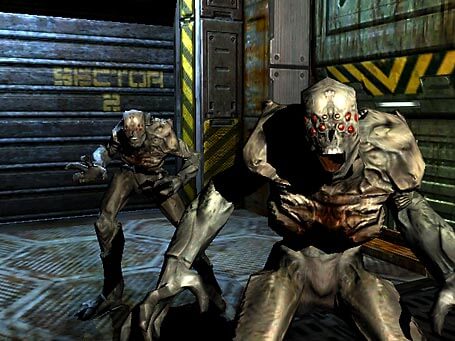 Electronic Arts Inc. (NASDAQ:EA) and Activision-Blizzard Inc. (NASDAQ:ATVI) shares lost heavily on Monday after privately-held game-maker Bethesda Softworks showed off its line-up for the months ahead on the first day of E3. Fallout 4 was the star of the show, but Bethesda also revealed a long-awaited Doom sequel, and Dishonored 2,a follow up to it’s smash-hit 2012 stealth game.

At time of writing shares in Electronic Arts were down by more than 1.3%, while shares in Blizzard-Activision fell by close to 2.5%. The market as a whole was weak on Monday as Wall Street responded to fears of trouble in Greece. The S&P 500 was down by 0.89% at time of writing.

While Fallout and Dishonored have their own niches and are sure to be hits in their own right, Doom is something different. It’s a follow-up to the classic multi-player shooters of the last two decades, and it may compete directly with Electronic Arts and Activision-Blizzard cash-cow franchises Battlefield and Call of Duty.

Though the next generation of console games has been hugely successful for all three game-makers so far, there is a simple truth at work. There is only so much cash to go around in the games market just like all of the others.

Every $60 that goes to Bethesda Softworks for Doom 4 comes out of somewhere else, and it’s most likely directly taken from the pockets of Electronic Arts and Activision-Blizzard, the really big players in the games world.

Fallout 4, though a decidedly different sort of game, is all set to be the hit of the year. That means that Electronic Arts and Activision-Blizzard are less likely to capture the mind-space of the game-playing world with their own hits, and will lose out on the bottom line as a result.

Both Electronic Arts Inc. and Activision-Blizzard Inc. have yet to make their presentations for the year ahead, but Wall Street is already betting against the firms. Electronic Arts will present its games later on this afternoon, while those looking for news from Activision-Blizzard won’t even get a big conference. Some of the firm’s games are sure to appear on the show floor, however.

The game market is a volatile one, and it can expand and contract from year to year, making forecasts like “Fallout 4 will cut into Call of Duty sales,” very hard to stand by. There may be a boom in game spending caused by Fallout 4 and the other big Bethesda Softworks hits this year, or there might be little change in total size and a big change in share.

That’s not the way that Wall Street appears to have taken today’s news, but day-to-day market movements are a bad way to forecast the future of a market. Since the start of the year shares in Activision-Blizzard Inc. have risen by more than 23% while shares in Electronic Arts Inc. have jumped by more than 31%.

That says much more about the market’s idea of the future of the games industry than today’s market moves. The AAA games market as a whole is forecast to get much bigger in the year ahead and Electronic Arts, Activision-Blizzard and Bethesda Softworks will all benefit massively from the market expansion.