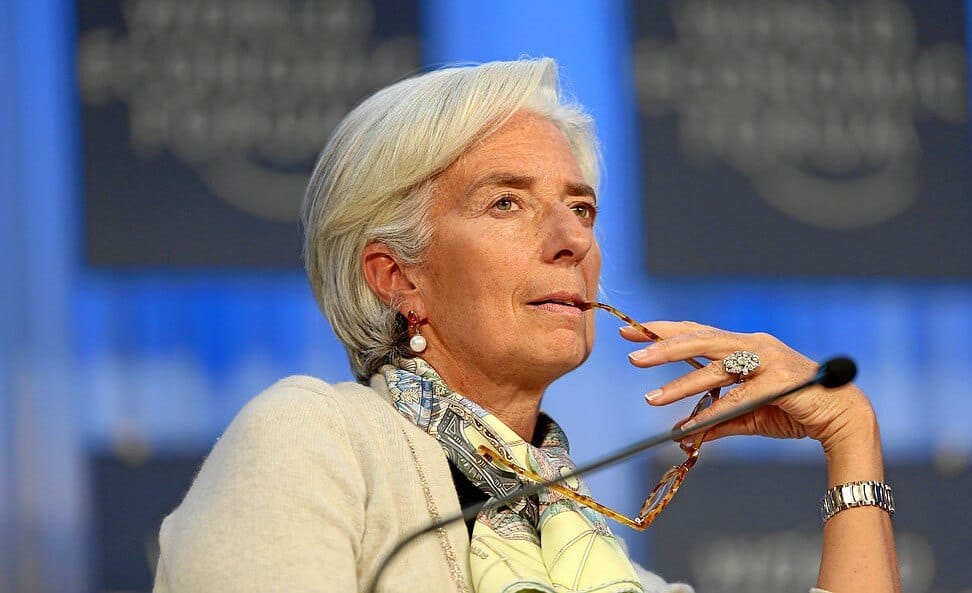 The European Central Bank (ECB) is expected to take further measures to boost the eurozone economy that was already ailing before being hit hard by the coronavirus pandemic when it meets on Thursday.

Most economists say the ECB, led by President Christine Lagarde (pictured), will expand its €750bn Pandemic Emergency Purchase Programme (PEPP) — the new bond-buying scheme launched in March — by another €500bn. The scheme allows the ECB to buy up bonds held by banks, freeing up cash they can lend to firms to boost growth.

The central bank has already spent more than €210bn, and the programme is on track to run out of firepower by October even though it was initially set to run until the end of the year.

Most economists think the programme will be expanded and will now run until next September.

ING chief economist Carsten Brzeski said: “The longer we think about it, the stronger the arguments are for the ECB to decide on a significant increase to the PEPP at next week’s meeting. . . the fact that the PEPP will be exhausted by October, at least at its current pace, could quickly lead to unwarranted speculation in financial markets.”

However, analysts at ABN Amro said the eurozone economy is in such bad shape the scheme will double.

The ECB’s meeting comes against a European Commission session last Wednesday where it outlined a seven-year €1.1trn budget and a €750bn recovery package primarily targeted at Spain and Italy.

EC President Ursula von der Leyen said: “Things we take for granted are being questioned. None of that can be fixed by any single country alone. This is about all of us and it is way bigger than any of us.”

However, this cash will not be handed out until after a unanimous vote next year, so the ECB upgrading its current programme is vital for weaker eurozone nations now.

The scale of the slowdown among the 19 eurozone nations was revealed last month when the eurozone economy shrank at the fastest pace on record in the first quarter as coronavirus halted economic life, according to EU statistics body Eurostat.

Gross domestic product in the euro area plunged 3.8% quarter on quarter in the first three months of the year, the worst performance since before the euro was created in the late 1990s.

The dire reading followed on from a weak final quarter of 2019, when the zone’s economy grew by just 0.1%.

Last week the ECB’s Lagarde said she expects the eurozone economy to go through a slump ranging from “medium” and “severe”, adding that earlier hopes for a milder downturn were now “out of date”.

ECB and the German courts

“We’ll have a better sense in a few days as we publish our numbers in early June, but it’s likely we will be in between the medium and severe scenarios,” said the central bank boss.

Economists will expect the ECB to set out just how deep it thinks the eurozone recession will be this year, given the greatest wave of the pandemic came in the second quarter of the year.

They also will want to hear how the central bank plans to move forward in light of the last month’s explosive judgement from Germany’s top constitutional court, which ruled that previous mass bond-buying to stabilise the eurozone by the ECB partly violates the German constitution.

The court in Karlsruhe, southwestern Germany, said there is not enough German political oversight into the central bank’s bond purchases relating to €2.1trn of debt bought since 2015.

The full implication of this ruling is that the Bundesbank must stop buying German bonds for the ECB’s quantitative easing programme, unless it can justify its position by August.

“We are an independent institution, answerable to the European Parliament, and driven by our mandate,” Lagarde said in a webinar organised by Bloomberg last month. “We will continue to do whatever is needed, whatever is necessary, to deliver on that mandate. Undeterred.”

But the ECB boss will be pressed hard this week about the new arrangement it will be forced to make with the Bundesbank, its biggest paymaster.

If you are interested in investing in bonds with huge upside potential, you should check out our bond-buying guide or use one of the free stock trading apps available.