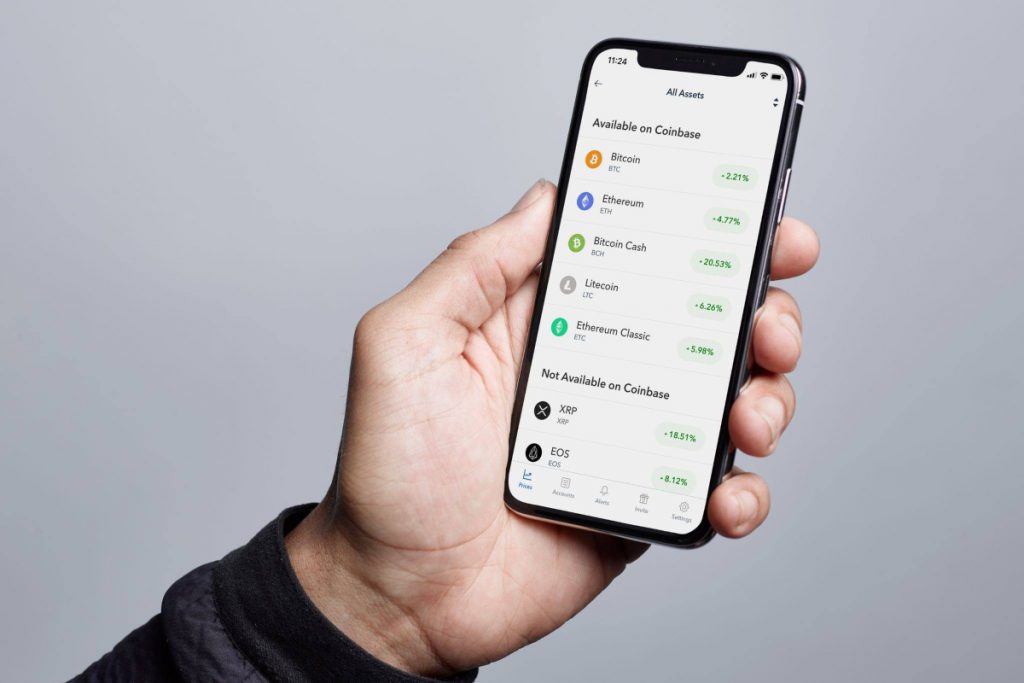 Coinbase stock is trading sharply higher today after the company announced a partnership with BlackRock, the world’s biggest asset manager. However, despite the rise today, Coinbase stock trades at a fraction of its 2021 highs.

Coinbase stock listed in 2021 through a direct listing. The company kept the reference price at $200 and eventually went on to hit a high of $368.90. The stock fell towards the end of 2021 as cryptocurrencies crashed. Notably, the total cryptocurrency market cap, which surpassed $3 trillion in November last year, has come down significantly.

The fall in cryptocurrencies has also taken a toll on Coinbase stock as well as companies like MicroStrategy which hold a lot of bitcoins on their balance sheet. MicroStrategy is sitting on almost $1 billion losses on its bitcoin investment and Michael Saylor has quit as the CEO and would instead become the executive chairman.

BlackRock has selected Coinbase to provide Aladdin clients crypto-related services through Coinbase Prime. In its release, Coinbase said, “BlackRock and Coinbase will continue to progress the platform integration and will roll out functionality in phases to interested clients. Access is available for institutions contracted with both Aladdin and Coinbase.”

Joseph Chalom, Global Head of Strategic Ecosystem Partnerships at BlackRock said, “This connectivity with Aladdin will allow clients to manage their bitcoin exposures directly in their existing portfolio management and trading workflows for a whole portfolio view of risk across asset classes.”

Coinbase to report earnings next week

Coinbase will release its Q2 2022 earnings next Tuesday after the close of US markets. In the first quarter of 2022, it posted revenues of $1.17 billion, which were significantly below the $1.48 billion that analysts were expecting. Its monthly transacting users also fell to 9.2 million, 2 million lower than the previous quarter. The total customer assets on Coinbase also fell to $256 billion as compared to $278 billion at the end of 2021. The company posted a net loss of $430 million, which was much worse than what analysts were expecting, and the first quarterly loss since it went public.

COIN stock has been falling amid the “crypto winter.” While the market has recovered from its 2022 lows, it is still down sharply from the 2021 highs. Also, regulatory scrutiny has been rising for cryptocurrencies. While the EU is backing anti-money laundering rules for cryptos, in the US, President Biden issued a White Paper calling upon different federal agencies to study the risks associated with cryptos.

Some of the smaller crypto companies have especially been facing troubles and FTX has come forward to bail out a couple. Even Robinhood’s crypto trading volumes have plummeted after peaking in Q2 2022. However, along with the slowdown in crypto trading, it is also a reflection upon the platform’s mix where dogecoin accounted for the bulk of its Q2 2021 revenues. While Robinhood’s stock and options revenues fell sequentially in Q2 2022, the crypto revenues rose slightly. 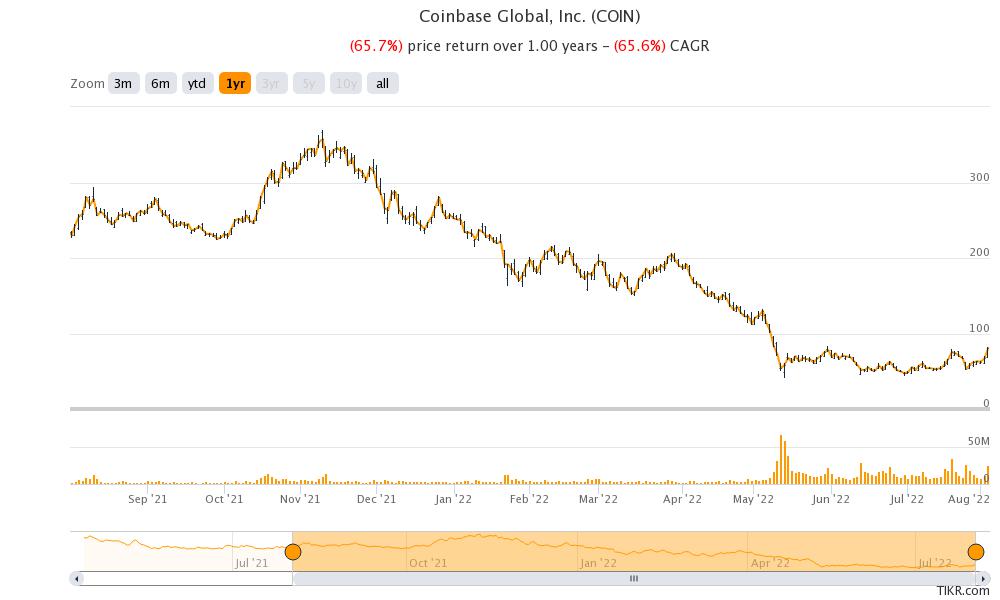 Robinhood announced that it would lay off 23% of its workforce, the second round of layoffs this year. Coinbase has also been laying off workers amid falling revenues.

Meanwhile, Coinbase is seeking a license to operate in Europe as growth in the US has fallen. Also, the pricing pressure has increased as new exchanges are offering better rates. Binance’s US affiliate even waived the fees on bitcoin trading to lure more customers. It has been a perfect storm for Coinbase in terms of rising competition, falling volumes, and higher pricing pressure.

Some Wall Street analysts have been bullish on Coinbase

While Coinbase stock was falling, some Wall Street analysts kept their bullish bets on the crypto exchange. Last month, Needham reiterated the stock as a buy and said, “Despite near-term risks to our 2022 estimates, we remain in the bull camp and note the continued elevated interest from institutions towards the space and the plethora of product use cases (DeFi, NFTs, Stablecoins) this cycle vs. ’17/’18 as positive backdrops for COIN.”

Oppenheimer also reiterated the stock as overweight even as it admitted to headwinds amid falling crypto prices. Many crypto bulls believe that the crypto market would eventually recover which would eventually lead to upwards price action in COIN stock also.

Cathie Wood of ARK Invest also bought the dip in Coinbase stock. She has been buying the dip in her favorite names. However, many of them continued to plummet. ARK’s flagship ARK Innovation ETF is down sharply from the highs. While it has rebounded from the 2022 lows, it still trades at a discount to its all-time highs.

While markets have crashed, the sell-off has been particularly worse in growth stocks. Roku, which is another top holding for Wood, also recently fell after Q2 earnings. Roku suffered from the slowdown in ad spending, something which Snap and Meta Platforms also admitted during the earnings call. Netflix is also coming up with the ad-supported tier next year and would compete with Roku for ad dollars.