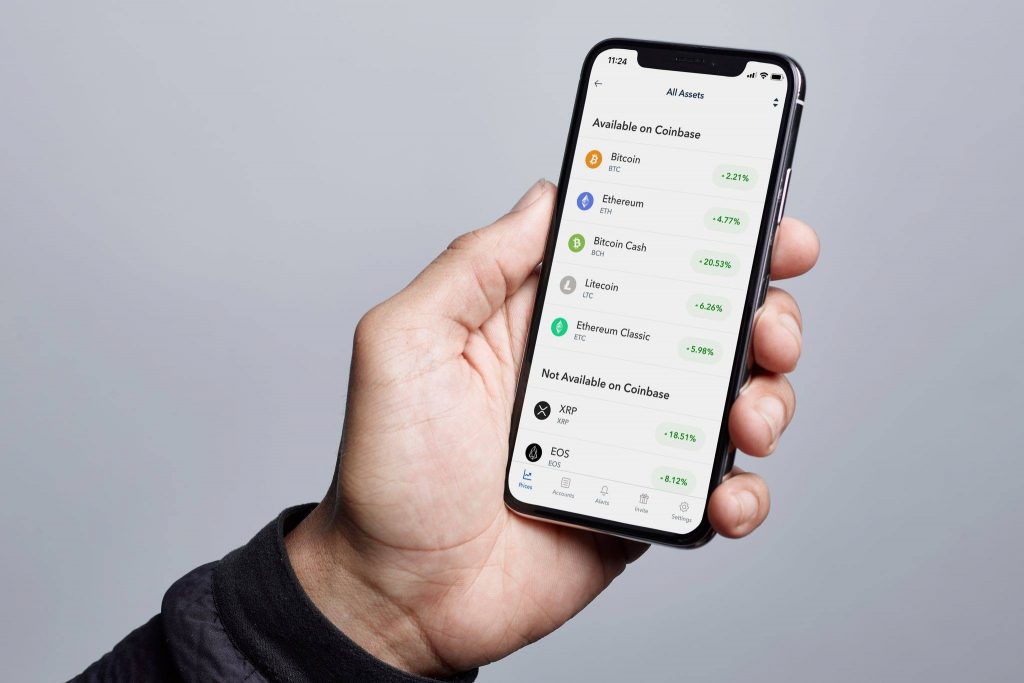 Coinbase stock (NYSE: COIN) is trading sharply lower in early US price action today as cryptocurrencies continue to tumble. The stock is now drifting towards its all-time lows as the ‘crypto winter’ worsens.

Coinbase stock listed in 2021 through a direct listing. The company kept the reference price at $200 and eventually went on to hit a high of $368.90. The stock fell towards the end of 2021 as cryptocurrencies crashed. Notably, the total cryptocurrency market cap, which surpassed $3 trillion in November last year, has shed over $2 trillion in market cap amid the market sell-off.

The fall in cryptocurrencies has also taken a toll on Coinbase stock as well as companies like MicroStrategy which hold a lot of bitcoins on their balance sheet.

The fall in cryptocurrencies has also taken on Coinbase’s earnings. In the first quarter of 2022, it posted revenues of $1.17 billion, which were significantly below the $1.48 billion that analysts were expecting. Its monthly transacting users also fell to 9.2 million, 2 million lower than the previous quarter. The total customer assets on Coinbase also fell to $256 billion as compared to $278 billion at the end of 2021. The company posted a net loss of $430 million, which was much worse than what analysts were expecting and also the first quarterly loss since it went public. 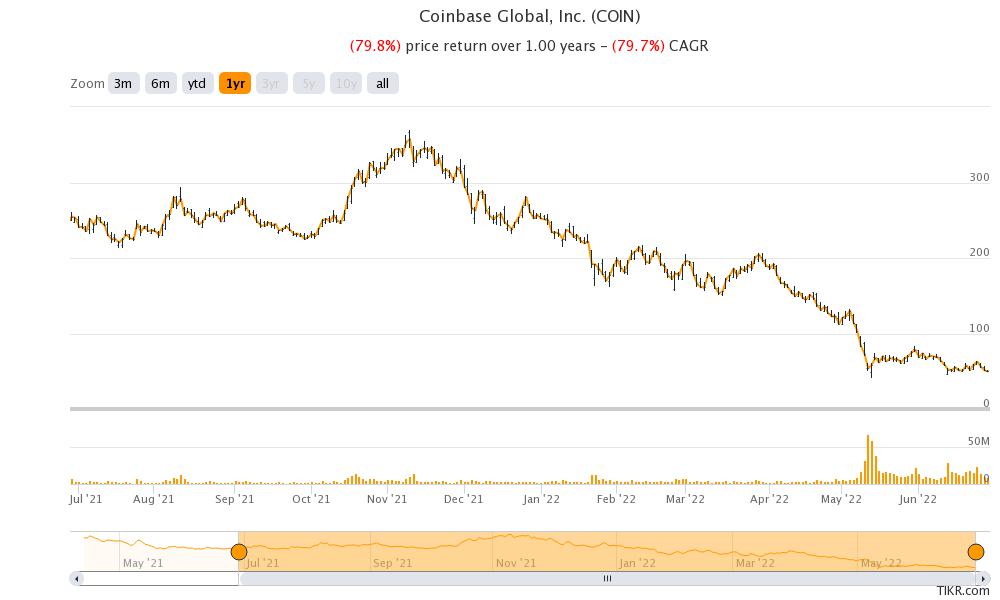 Coinbase tried to position itself as a long-term investment

In its release, Coinbase said, “You can expect volatility in our financials, given the price cycles of the cryptocurrency industry. This doesn’t faze us, because we’ve always taken a long- term perspective on crypto adoption. We may earn a profit when revenues are high, and we may lose money when revenues are low, but our goal is to roughly operate the company at break even, smoothed out over time, for the time being. We are looking for long-term investors who believe in our mission and will hold through price cycles.”

Cathie Wood also bought the dip in Coinbase stock after the post-earnings sell-off. However, like many of her names, even Coinbase has continued to dip to newer lows. Coinbase is also laying off almost a fifth of its workforce as the cryptocurrency crash continues to take a toll on its business.

COIN looking at entry into Europe

Meanwhile, Coinbase is seeking a license to operate in Europe as growth in the US has fallen. Also, the pricing pressure has increased as new exchanges are offering better rates. Binance’s US affiliate even waived the fees on bitcoin trading to lure more customers. It has been a perfect storm for Coinbase in terms of rising competition, falling volumes, and higher pricing pressure.

Earlier this month, Goldman Sachs downgraded Coinbase stock from a neutral to sell and lowered its target price from $70 to $45. It said, “We believe current crypto asset levels and trading volumes imply further degradation in COIN’s revenue base.” The brokerage expects COIN’s revenues to fall 61% in 2022. The crypto exchange had posted a six-fold rise in sales last year amid the growing interest in cryptocurrencies.

JPMorgan also downgraded the stock from overweight to neutral. It said, “While we continue to be believers in the cryptocurrency markets and blockchain technology, the extreme decline in the price of cryptocurrency markets in 2Q22 combined with Coinbase’s ramp in investment would appear to not only make it challenging for it to generate a profit in the near future but also to meet its annual loss cap of $500mn of annual EBITDA.”

However, for now, the elongated crypto winter continues to take a toll on COIN stock. Also, regulatory scrutiny has been rising for cryptocurrencies. While the EU is backing anti-money laundering rules for cryptos, in the US, President Biden issued a White Paper calling upon different federal agencies to study the risks associated with cryptos.

While in the long term regulations would be good for market participants, they would also take away the anonymity associated with cryptos, which many bulls would argue was the biggest USP of digital assets.