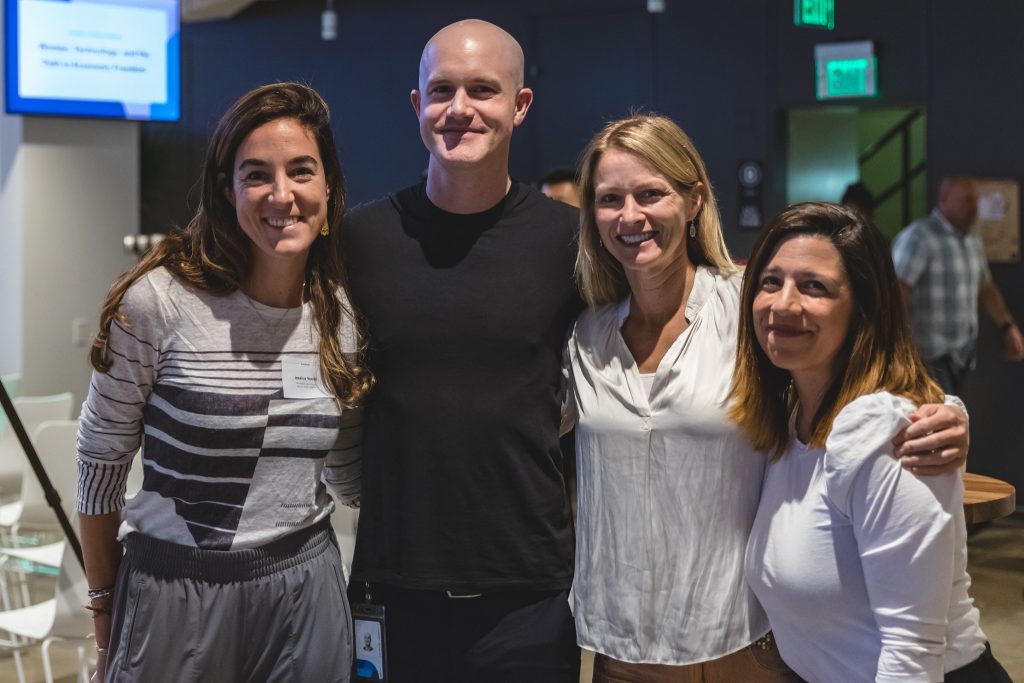 Coinbase released its second-quarter earnings yesterday after the markets closed. It was trading lower in premarkets as the company missed both sales and profit estimates. However, it is now sharply higher amid the rally in cryptocurrencies after US inflation for July came in at 8.5%, which is below what economists were expecting.

Even Robinhood’s revenues peaked in the second quarter of 2021 which coincided with frenzied trading in both cryptocurrencies and meme stocks. However, since then the volumes have plummeted, and so have the stock prices of both Robinhood and Coinbase.

Wall Street analysts also had tepid expectations from Coinbase and expected it to post revenues of $832.2 million in the quarter. However, the company missed analysts’ forecasts. Its losses were also higher than expected and its net loss per share was $4.98 which was almost twice the $2.65 per share loss that analysts were expecting.

Coinbase reported a fall in users

Coinbase reported 9 million MTUs (monthly transacting users) in the quarter. While the metric was lower than 9.2 million in the previous quarter, it was nonetheless higher than the 8.7 million that analysts were expecting.

Robinhood has also seen a fall in active users and has reported a fall in monthly active users on every quarter since Q2 2021. It revenues also fell in every quarter since then before rising slightly in the second quarter of 2022. Surprisingly, the revenue rise was driven by rise in crypto volumes as the company’s revenues from equities and options fell in the quarter.

In the shareholder letter, Coinbase said, Q2 was a tough quarter, with trading volume and transaction revenue each down by 30% and 35% sequentially, respectively. Both metrics were influenced by a shift in customer and market activity, driven by macroeconomic and crypto credit factors alike.

Cryptocurrency is a cyclical market

It also said that cryptocurrency is a cyclical market and expressed optimism that the market would eventually bounce back. The company said that it trimmed 18% of its workforce in June. Robinhood also announced a 23% reduction in the workforce, which was preceded by a 9% headcount cut earlier in the year.

Coinbase also lost its market share in the quarter. It said, “While we did see net outflows in Q2, we observed that the majority of this behavior was institutional clients de-risking and selling crypto for fiat as opposed to withdrawing their crypto to another platform.”

Coinbase had announced a partnership with BlackRock

Earlier this month, Coinbase stock surged after it announced that  BlackRock has selected Coinbase to provide Aladdin clients crypto-related services through Coinbase Prime. In its release, Coinbase said, “BlackRock and Coinbase will continue to progress the platform integration and will roll out functionality in phases to interested clients. Access is available for institutions contracted with both Aladdin and Coinbase.”

In the earnings release, Coinbase sounded optimistic about a rebound in crypto markets. It said “We have observed four major crypto asset price cycles since 2010. Each prior cycle has lasted anywhere from two to four years and resulted in the crypto market capitalization significantly increasing compared to the preceding cycle. Each prior cycle brought in new market participants, developers, and products that further advanced the cryptoeconomy.” 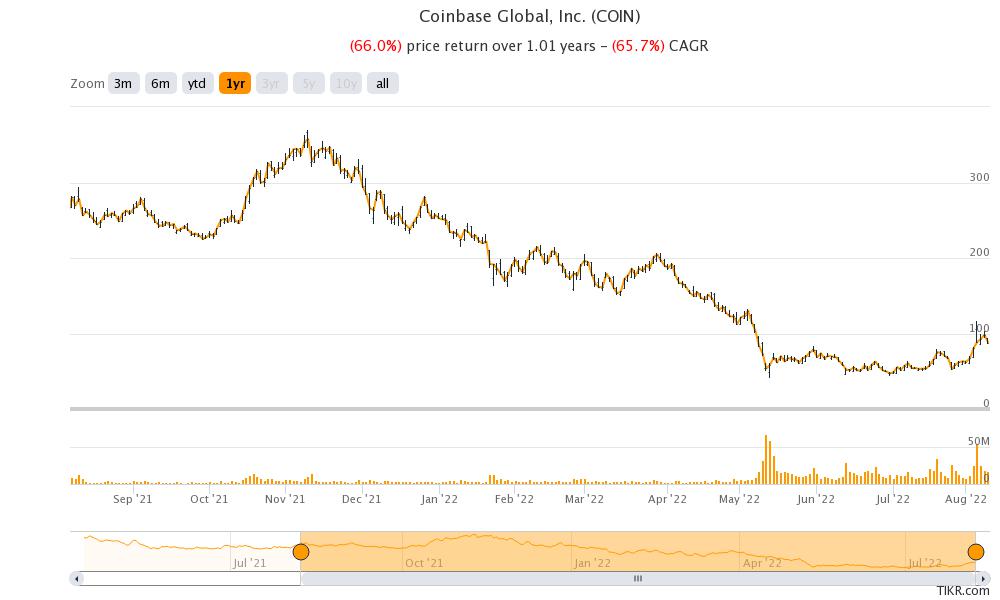 Coinbase stock has more than doubled from its 2022 lows. However, some Wall Street analysts advise caution citing “crypto winter.” Goldman Sachs analyst Will Nance raised Coinbase’s target price from $45 to $51 but maintained the sell rating.

Nance said, “While we believe management has navigated the turbulence in crypto markets well in terms of building liquidity during the bull market and not taking outsized counterparty risk, we expect shares to underperform as long as retail engagement with crypto remains weak and regulatory uncertainty in the U.S. remains”

Some see Coinbase stock as a buy

However, not all analysts are bearish on Coinbase. MoffettNathanson sees Coinbase as a winner in the cryptocurrency ecosystem and has a $200 target price. Needham’s John Todaro also issued a bullish note. He said, “We expect COIN to increase new token listings and launch more products in subscription & services verticals to diversify its revenue stream and see initial adoption in NFTs. Under this scenario, we believe shares should be valued at a 6.5x EV/revenue multiple of our FY 2022 estimate.”