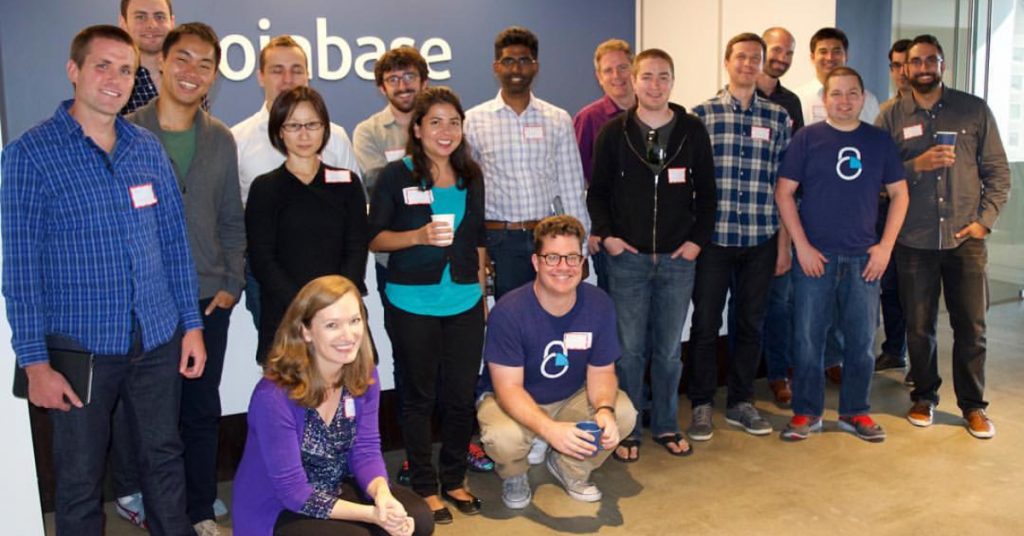 Coinbase stock was trading higher in US premarket price action after Needham issued a bullish note on the stock. While the stock had a strong listing, it has since looked weak amid the volatility in cryptocurrency prices.

Coinbase went public in a direct listing with a reference price of $250. While the stock soared on the listing day, it has since looked weak. Fears of higher competition and shrinking margins weighed heavy on the stock.

Coinbase stock has fallen since the listing

The stock made an intraday high of $429.54 on the listing day but has failed to reach anywhere near those price levels since then. The cryptocurrency exchange made an all-time low of $208 amid the crash in cryptocurrency prices. Meanwhile, Needham believes that the stock could move towards the listing days highs and has assigned a target price of $420.

Needham analyst John Todaro has initiated coverage on Coinbase stock with a buy rating as he believes that the company would diversify into other attractive areas in the cryptocurrency space. “We see COIN as a market-leading crypto asset exchange with significant future opportunities beyond exchange services, which include staking, custody, yield bearing products, and more,” he said in its note.

While many have been worried that the high fees that Coinbase charges are not sustainable, Todaro tried to downplay the fears. “As for fees, we believe that investor concerns are misplaced, as the non-commoditized nature of crypto exchanges differentiates them from traditional brokerage firms, where fee compression has occurred in recent years.”

Oppenheimer analyst Owen Lau is among other prominent Coinbase bulls. “Buying crypto on the balance sheet is definitely a testament, but further integration of digital assets into COIN’s corporate practice has a deeper influence not just on COIN but on the whole cryptoeconomy,” said Lau. He added, “COIN is in a good position to introduce new products (e.g., credit/debit cards) to support retail transactions in crypto and to influence crypto adoption in institutional transactions.”

Meanwhile, while the cryptocurrency market has bounced back and bitcoin prices recently hit $50,000 again for the first time since May, Coinbase stock has continued to sag. 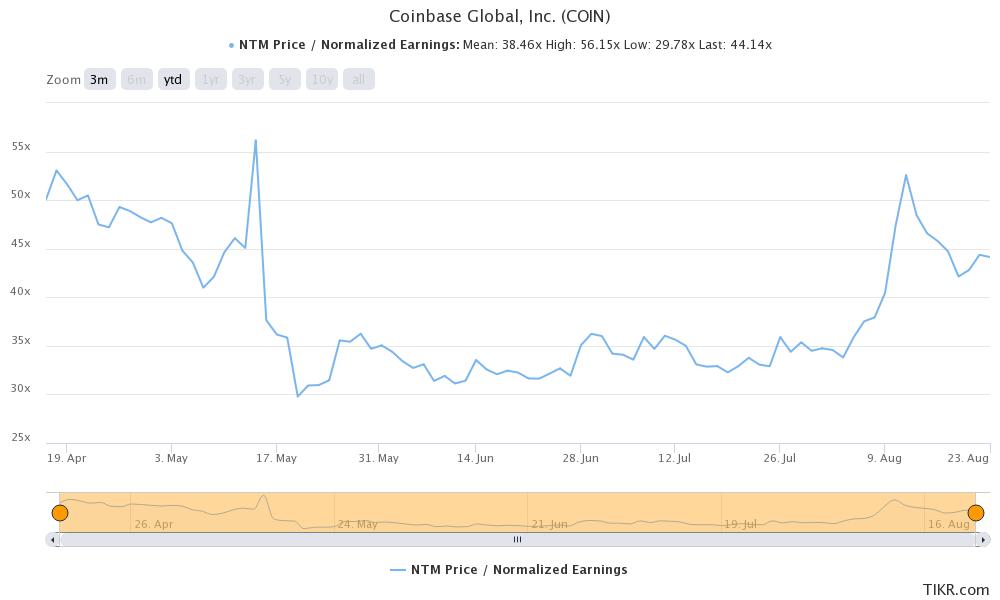 Earlier this month, Coinbase had released its second-quarter earnings which were better than expected. The company’s monthly transacting users (MTUs) rose 44% to 8.8 million in the quarter. Coinbase generated a net income of $1.6 billion in the quarter which was over twice what it did in the previous quarter.

“It is important for investors to remember that our business is inherently unpredictable. MTUs, Trading Volume, and therefore transaction revenue can fluctuate, potentially materially, with crypto asset prices and crypto asset volatility. As a result, revenue is difficult to forecast,” it said in the release. The company provided three scenarios for the full year 2021 guidance.

Cathie Wood is buying the stock

Coinbase stock appears attractive after the crash. The cryptocurrency exchange trades at an NTM (next-12 months) PE multiple of 44.2x. While the company’s trading volumes and earnings in the second half of 2021 might be lower than the second quarter highs, it is among the best ways to play the increasing adoption of cryptocurrencies.

Cathie Wood of ARK Invest has been buying more Coinbase stock. She has also added Robinhood shares after the stock plunged after the IPO. Wood has built her reputation as someone who identifies disruptors early and was among the early backers of companies like Tesla.

You can invest in Coinbase stock through any of the reputed online stockbrokers. Alternatively, if you wish to trade derivatives, we also have reviewed a list of derivative brokers you can consider.