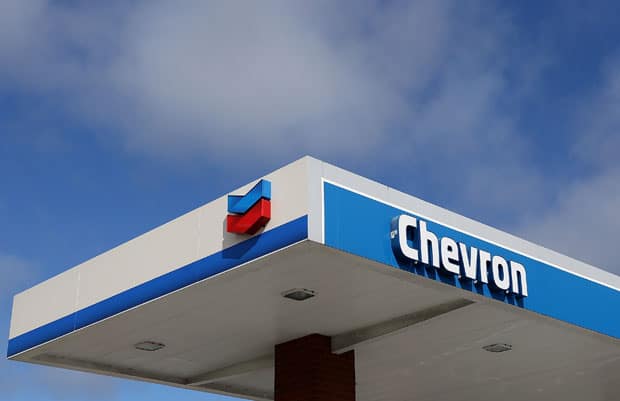 Chevron Corporation offers a great way to gain exposure to the long term recovery in oil prices, reckons the Trefis Team at Forbes. They have set a $95 price target for CVX. The stock is currently trading around $77.

Chevron has been badly hit by the prolonged slump in crude oil prices. The average price realization for both upstream and downstream operations has declined because of this. The Trefis team projects that 2015 adjusted total revenue will drop by 36 percent y-o-y to $166B. However, the gradually recover in oil prices will lead to a period of revenue growth. The analysts expect Chevron’s revenues to exceed $275B by then.

Chevron’s Upstream-Downstream Segments Will Suffer in Near Term

Trefis estimates Chevron Corporation ’s upstream operations to constitute almost two-thirds of its value. The firm earned about $76.3B in 2014 adjusted upstream revenues. However, the sustained decline in prices will hit upstream operations in 2015. Year-to-date, the average crude oil price is below $60, and prices are not expected to witness any significant recovery during the rest of the year, the analysts concluded.  As a result, Chevron Corp’s Average Liquids Price Realization will be less than $50 for 2015.

Chevron’s downstream displays a pretty similar story. Trefis forecasts CVX’s Average Refined Products Selling Price to have dropped over 30 percent for H12015, versus a year ago. The ARPSP will stay just below $80 for the rest of the year. A recovery is only expected sometime during 2016.

Capex on a Decline

The biggest priority for Chevron Corporation right now is to control capital expenditures while retaining modest growth outlook.  Before oil prices began the down trend, CVX’s total net capex had zoomed from $19.7B in 2009 to approx $34.6B in 2014.The bulk of that incremental capex went into developing deep water hydrocarbon reserves, and also the construction of the giant Gorgon LNG plant in Australia. Moreover, due to rising labor costs, the estimate for Gorgon LNG soared by more than 45 percent to $54B today.

However, the depression in crude prices has forced Chevron to drastically reduce its absolute capital expenditure. CVX has outlined plans to slash its gross annual capex by about $10B by 2017. The oil major has also raised its divestment target by 50 percent to $15B by 2017.

Given the planned cut back on capex, the cash flow scenario should improve. This will definitely be good for the stock. Also, once Gorgon and Angola LNG start operating in 2016, investor confidence should return. Even analysts at JP Morgan agree with this view. This is why they recently raised the stock from “neutral” to “overweight.”

Besides JP Morgan, 29 other analysts cover CVX. They have an average target price of $94.94.