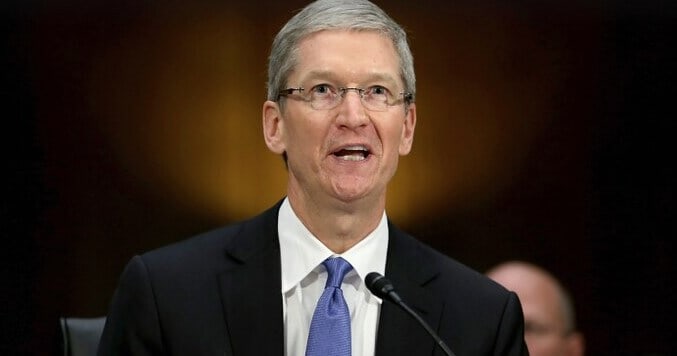 This week is the busiest week of the second-quarter earnings season with roughly one-third of the S&P 500 companies reporting their earnings.

Throughout the week chief executives of leading companies gave their views on the performance of their companies and the outlook on the US economy. This is what they said. 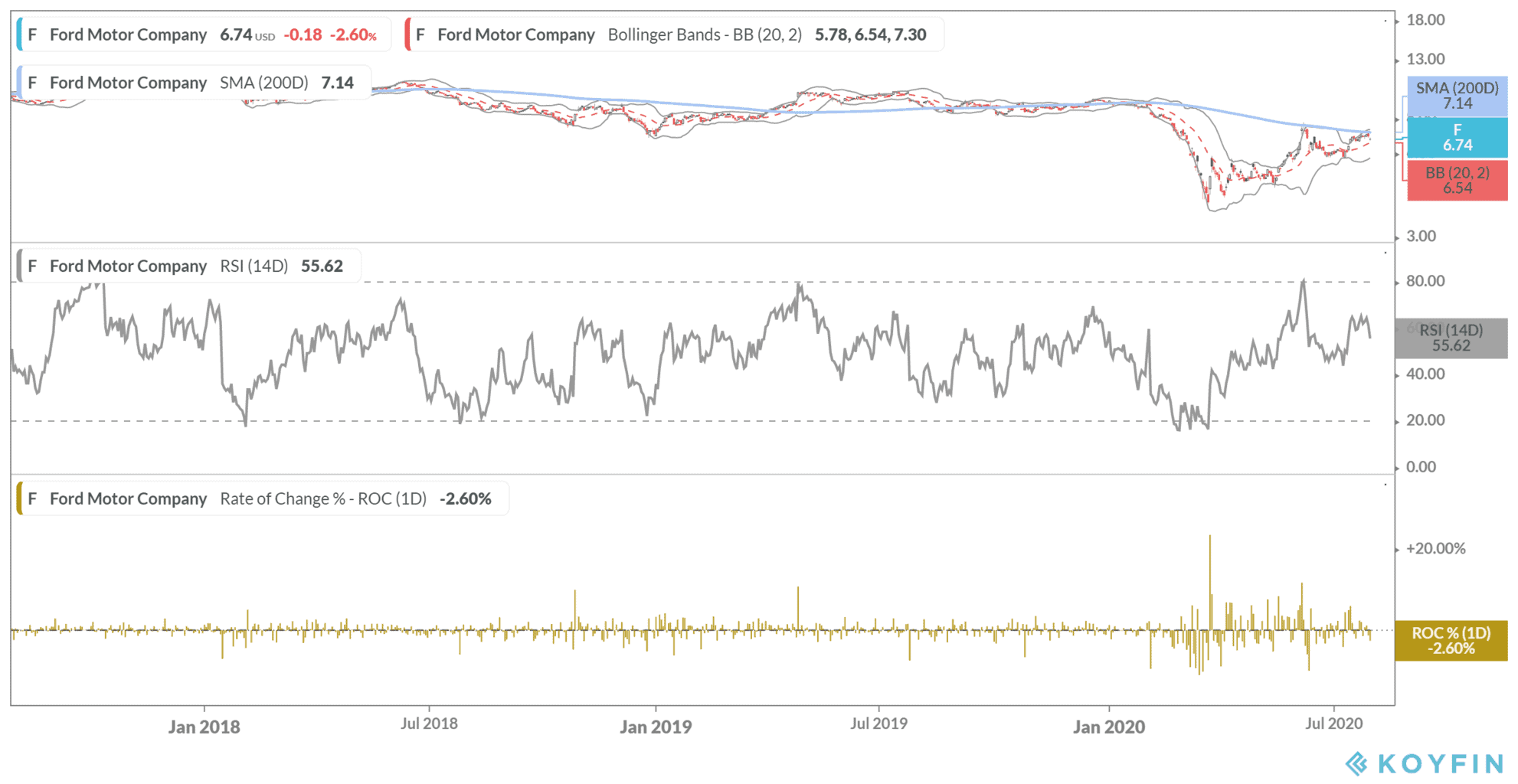 Ford Motors reported its second-quarter earnings on Thursday and posted a pretax loss of $1.9bn, which was $3bn better than expected. It also said that this week it has repaid $7.7bn in revolving credit lines, a sign that some degree of normalcy is returning at automakers.

“Our team did a fantastic job safely restarting production and wholesale exceeded targets,” said Ford’s chief executive Jim Hackett during the second quarter earnings call. He added: “In addition, our team also worked hard on costs, including CapEx, which help reduce losses and cash burn in the quarter ad these factors are what led to our outperformance.”

Ford shares are down 27% this year. While legacy automakers’ stock prices have fallen this year, electric vehicle makers’ have soared with Tesla and NIO respectively up 255% and 203% for the year. 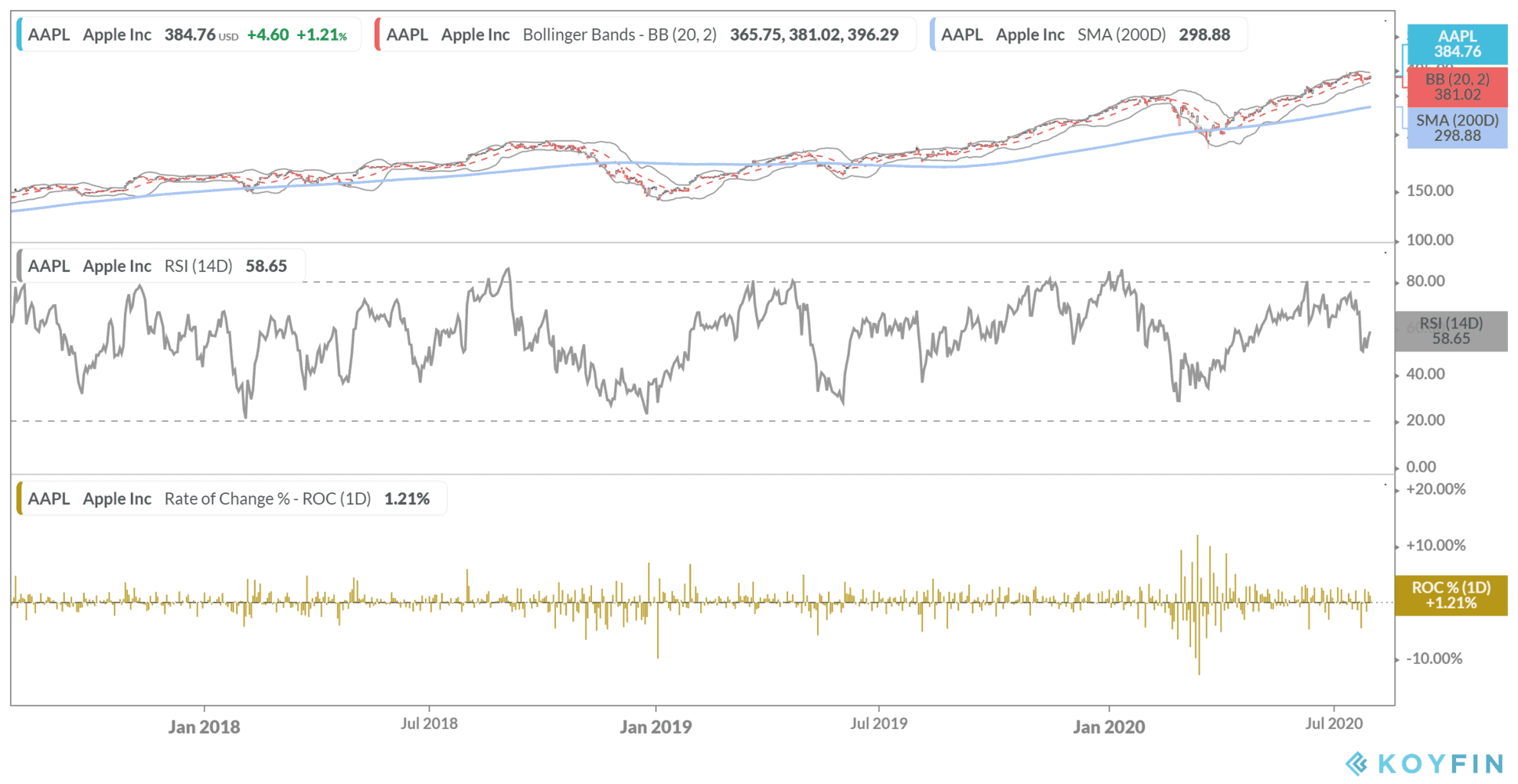 Also on Thursday, a mega day for tech stocks, Apple reported its fiscal third-quarter 2020 earnings. Its revenues increased 11% to $59.7bn, a record for the June quarter. Its earnings per share soared 18% over the period to $2.58. “In uncertain times, this performance is a testament to the important role our products play in our customers’ lives and to Apple’s relentless innovation,” said Apple’s chief executive Tim Cook (pictured) in the earnings release.

Cook added: “In April, we expected year-over-year performance to worsen, but we saw better-than-expected demand in May and June. We attribute this increase in demand to several interactive causes including a strong iPhone SE launch, continued economic stimulus, and potentially some benefit from shelter in place restrictions lifting around the world.”

While Apple did not provide guidance for the fiscal fourth quarter of 2020, it expects continued growth in iPhone sales. Apple stock is up 31% so far in 2020. However, analysts’ consensus estimates suggest the stock could stay stagnant over the next 12 months. 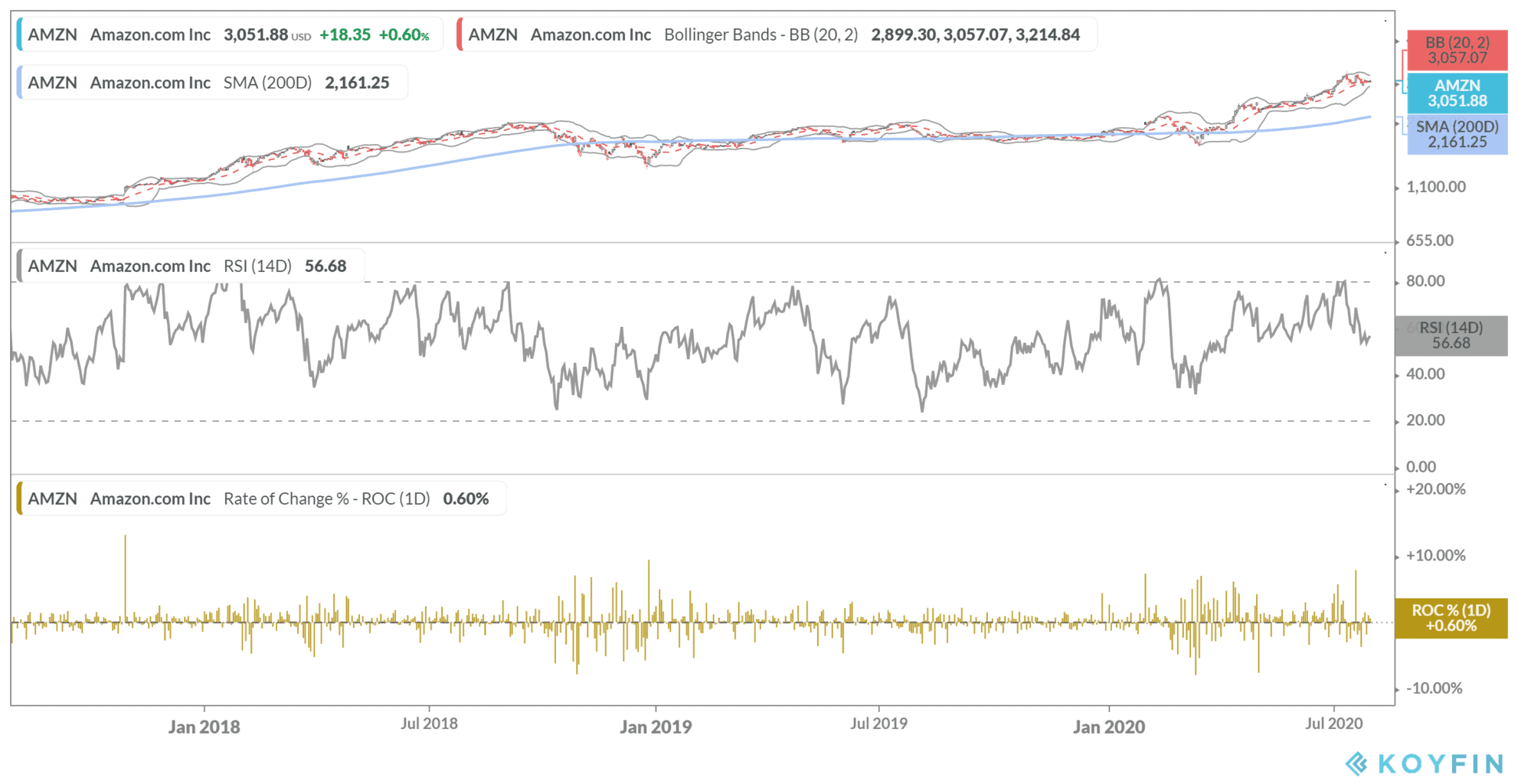 Amazon reported its second-quarter earnings on Thursday and posted revenues of $88.91bn in the quarter, way ahead of analysts’ estimate of $81.56bn. Its earnings per share of $10.30 also shattered expectations of $1.46. Amazon shares were trading higher by over 6% in pre markets today after earnings beat.

“We’ve created over 175,000 new jobs since March and are in the process of bringing 125,000 of these employees into regular, full-time positions. And third-party sales again grew faster this quarter than Amazon’s first-party sales,” said Jeff Bezos, Amazon’s chief executive.

He added: “Even in this unpredictable time, we injected significant money into the economy this quarter, investing over $9 billion in capital projects, including fulfillment, transportation, and AWS (Amazon Web Services).”

Amazon shares are up 65% so far in 2020. eCommerce stocks have soared this year as more consumers have preferred online shopping. Rival eBay is up 52% year to date while Shopify hailed as the next Amazon has soared 164% over the period.

US Steel, the once iconic US steel company also posted its second-quarter results on Thursday. It posted an adjusted net loss of $3.36 per share that was worse than analysts’ expectations.

However, chief executive David Burritt sounded optimistic on the outlook. In the company’s second-quarter earnings release, Burritt said: “We are encouraged by the recovery in market conditions as automotive original equipment manufacturers (OEMs) are nearing normalized production levels and healthy order activity has continued into the third quarter.”

He added: “Construction demand is exceeding our expectations and is expected to remain robust, particularly for value-add construction products.” He added: “In Europe, demand is beginning to recover, in-line with the re-opening of the European continent.”

Caterpillar reported its second-quarter earnings on Friday. The company’s performance offers crucial insights into the health of the global construction and mining industry. Caterpillar posted revenues of $10bn and adjusted earnings per share of $1.03 in the second quarter. Both the metrics were better than expected.

“We are focused on employee safety and maintaining a competitive and flexible cost structure while continuing to invest in services and expanded offerings to better serve our customers. We will adjust production as conditions warrant and are prepared to respond quickly to any positive or negative changes in customer demand,” said Caterpillar’s chief executive Jim Umpleby in the second-quarter earnings release.

After the earnings beat, Caterpillar was trading marginally higher in pre markets on Friday. Caterpillar shares are down 7.4% so far in 2020. Wall Street analysts are also bearish on the stock and it has received a buy or higher recommendation from 12 analysts. An equal number of analysts rate it as a hold. The remaining two analysts have a sell rating on Caterpillar and its mean consensus price target implies a potential downside of almost 4% over the next 12 months.

You can buy or sell any of these stocks using any of the best online stockbrokers. Alternatively, if you wish to trade in stock derivatives, we also have reviewed a list of derivative brokers you can consider.