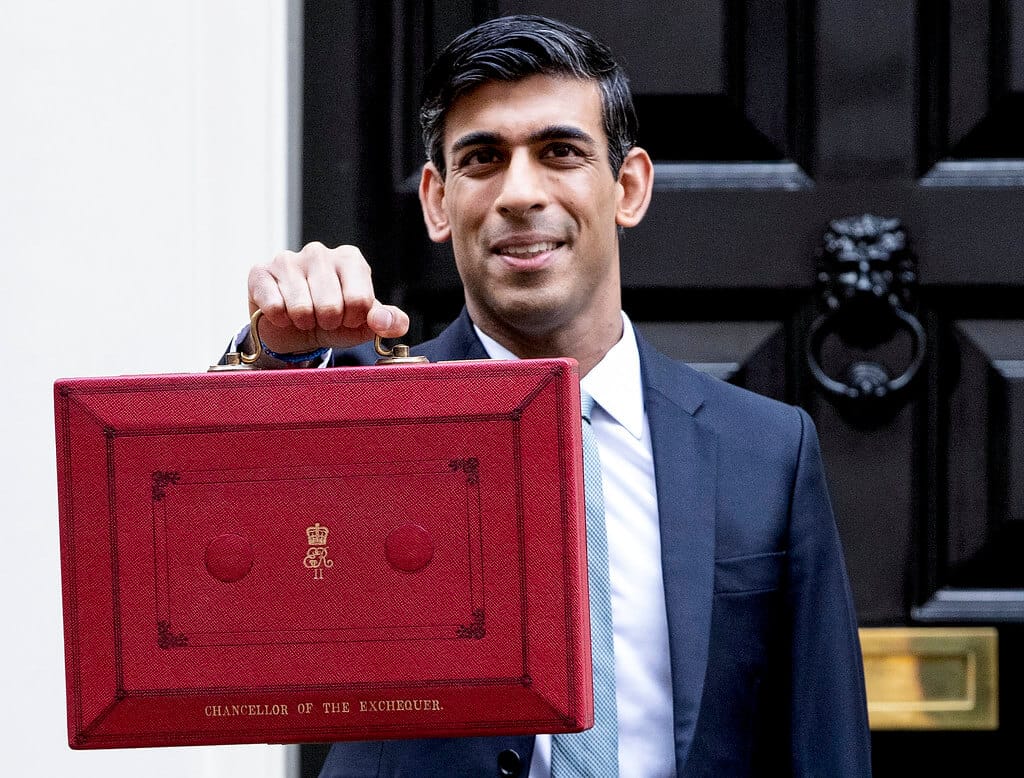 Chancellor Rishi Sunak rewrote a decade of Conservative austerity policy in his Budget and pledged to borrow £125bn as he set out plans to tackle coronavirus and level up infrastructure spending across Britain.

Sunak, who was promoted to chancellor just four weeks ago after Sajid Javid quit the government, unveiled a £30bn package to help the economy get through the coronavirus outbreak.

Earlier that day in a coordinated move, the Bank of England introduced an emergency cut in interest rates to support British firms against an expected slowdown of economic activity.  This key rate affects the cost of personal loans, credit card rates, as well as the price of loans and bonds to large corporations and small firms.

The moves came as the number of confirmed coronavirus cases in the UK lifted by 83 to 456, the biggest rise in a single day.

But the chancellor also plans to get the country working on a raft of infrastructure the include £27bn spent on new roads, £5bn spent installing superfast broadband in rural areas and a further £6bn on the NHS (over and above coronavirus health spending).  When the Conservative Party returned to power in 2010 following the financial crisis, under Prime Ministers David Cameron and Theresa May, it clamped down on public spending as a way of restoring the public finances.

Chancellor’s spending takes Britain back to the future

However, PwC tax partner Stella Amiss said: “This is an ambitious budget in terms of investment in infrastructure, ideas, and opportunity and the regions fare well from that focus. Questions remain as to how it will be funded and so how sustainable the commitments are.”

The government’s independent spending watchdog, the Office of Budget Responsibility, said these were the country’s largest spending plans for almost 30 years.

It called the chancellor’s plans “the largest sustained fiscal loosening since the pre-election Budget of March 1992”. The body said this level of spending will add £125bn, or 4.6 per cent of gross domestic product, to public sector debt by 2025.

Treasury officials went further, saying this spending is “highest level [of investment] in real terms since 1955”, an era when the government owned vast swathes of the UK economy such as rail, steelmakers, the telephone network and major carmakers.

Below are the highlights of an enormous Budget:

Millions working self-employed or those in the gig economy, will make it quicker and easier to access benefits.

Contributory employment and support allowance (ESA) will be claimable from day one, rather than day eight. The minimum income floor for universal credit will be removed. The requirement to physically attend a job centre will be removed – everything can be done on the phone and online.

Government pledges to provide £7bn for businesses and families and £5bn for the NHS.

Spending in the North

£5bn to get superfast broadband into rural areas and £510m for shared rural mobile phone network.

£2.5bn pothole fund. Also, £27bn to be spent on roads this parliament.

New economic campus in northern England will include 750 staff from the Treasury and other departments – moving 22,000 civil servants outside central London eventually.

Chancellor forecasts growth before the coronavirus hit of 1.1% in 2020, then 1.8%, 1.5%, then 1.3% and 1.4% in the following years. However, these figures do not take into account the expected slowdown from coronavirus and will have to be revised.

Government says borrowing as a percentage of gross domestic product will be 2.1% this year then will rise to 2.4% in 2020-2021, 2.8% in 2021-22, then falls to 2.5%, 2.4% and 2.2% in the following years. He does not give a figure in cash terms. However, these borrowing figures do not take into account the huge amount of borrowing the Chancellor announced in this Budget.

No VAT on tampon products from January

NHS funding to be increased by £6bn over the course of this parliament. Government says this will pay for 50,000 nurses and build 40 new hospitals.

NHS surcharge for people from overseas will rise to £624.