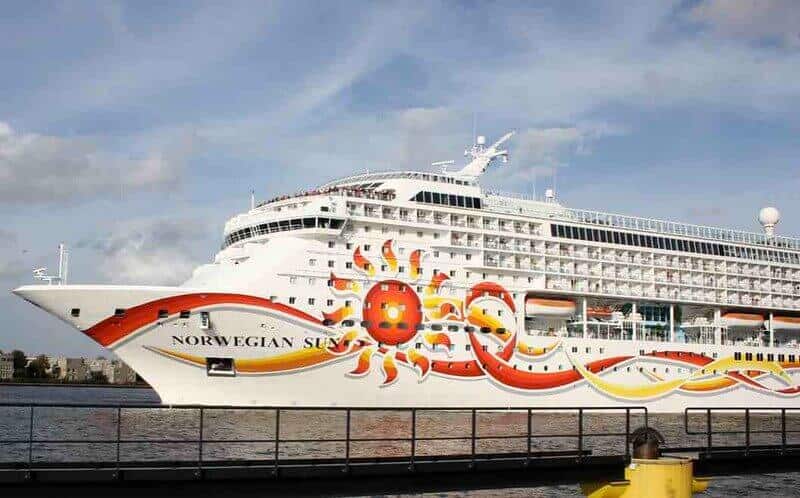 Norwegian Cruise Line Holdings said there is “substantial doubt” about its ability to continue as a “going concern” due to handbrake the coronavirus pandemic had slapped on the travel industry.

The New York-listed group added that it may need to seek bankruptcy protection if it cannot line up hundreds of millions of dollars from investors over the coming months.

The worldwide health emergency is having a substantial “effect on the ability or desire of people to travel [including on cruises], is expected to continue to impact our results, operations, outlook, plans, goals, growth, reputation, cash flows, liquidity, demand for voyages and share price,” the company said in Securities and Exchange Commission filings lodged on Tuesday.

It added: “These factors have raised substantial doubt about the company’s ability to continue as a going concern.”

The business also said it would seek to raise $350m in a share sale run by Goldman Sachs, Barclays Capital, Citigroup, J.P. Morgan and Mizuho Securities

The group is expected to report earnings for the first quarter of 2020 next Thursday (14 May), with analysts expecting a significant drop in sales for the cruise ship operator while the worst months for the company lie ahead. However, today’s developments may delay the release of these results.

Consensus revenue estimates put sales at $1.19bn for this first three months of 2020, resulting in a 15% drop compared to the previous year when revenues ended the quarter at $1.4bn.

The full effect of travel restrictions and quarantine protocols related to the virus outbreak will not be fully reflected in this quarter as they weighed in since mid-February and forward, which means that the company managed to sell its services normally during the first 30 to 45 days of the year.

Shares of Norwegian Cruises Lines (NCLH) have taken the biggest hit compared to its two major rivals, Carnival (CCL) and Royal Caribbean (RCL), after losing 76.1% so far this year compared to 72.3% and 69.8% its competitors’ shares have lost respectively.

The stock is trading at nearly $14 per share after losing 15.2% of its value since the month started, wiping out a portion of its late-April recovery which shoot the price to $16.5, up from $9.6 at the beginning of the month. 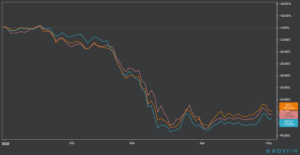 Since the Diamond Princess cruise ship, owned by Princess Cruises, was quarantined on 4 February more than 40 other vessels been put out of service, leaving more than 100,000 crew members stuck at different ships and millions of dollars in revenue losses for the cruise line industry.

As a result, Norwegian has found itself in a difficult position, seeking resources from multiple sources to cope with a high cash burn rate, as losses mount with no turning point yet on the horizon.

The company reportedly hired Goldman Sachs to evaluate financing alternatives, while the Motley Fool reported in mid-April that it was weighing up selling part of the business to a private equity firm.