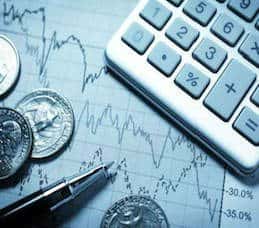 So you want to buy a corporate bond? There are many factors to consider as you decide on exactly which bond(s) you are going to reach for. Buying individual bonds carries a lot more risk than most people may realize, because if something unexpected occurs, you have no diversification That’s why I always prefer bond ETFs or mutual funds.

Nevertheless, some great deals can be found in individual bonds. It’s often best if you choose a company that you know very well, or that’s in an industry you understand. That will help towards evaluating risk.

Much depends on the financial stability of the company you are looking at. A company that is rock solid is going to be able to issue very cheap debt. Now that may be just fine for you, if you are looking to fill out part of your fixed income portfolio with a very safe issuance. A bond from, say, General Electric is going to yield very much. Then again, it’s General Electric, and that means it’s almost better than being secured by the Federal government.

The yield will also depend where in the capital stack the bond rests. Debt that is secured by the company’s assets is going to yield less than debt that is unsecured (sometimes known as “non-recourse” debt). In the event that the company defaults on that debt, secured bondholders will have first bite at those assets in order to made whole. Unsecured debt holders may find themselves left out in the cold and have to settle for pennies on the dollar, if they even get that.

Another thing to examine is the kind of business that the company is involved in. Is it a capital intensive business? Is it a business that generates heaps of free cash flow? Let’s take a company like Portfolio Recovery Associates. The company is in the business of buying up bad debt and then trying to collect on it – a job it excels at, by the way. It does its job so well that it earns very high returns on its investments in debt, has no real capital expenditure, and churns out lots of free cash flow. It’s really a cash-on-cash business, and that means it’s easy to get cheap debt. Indeed, the company most recently raised a lot of capital at a rate of only 3%.

It’s always tempting to grab a bond with a gigantic yield, but these bonds have a high yield because the company was in a distressed position when it issued that debt. So if you’re looking at a high yield bond, the first thing to look for is when that debt was issued. The older it is, the better the chances that the company’s financial position has stabilized. That means you may have found a relic worth buying. The downside is that if the company’s position has significantly improved, it may repurchase those notes and leave you with a shorter-term investment that you’d hoped.

Ultimately, however, the very best bond you can buy is one in an area where you have personal information that other may not. A great example comes from a few years ago, when the film studio Metro-Goldwyn-Mayer was struggling financially. The bonds were selling at a huge discount because the market was fearful that the company would default on its debt. Well, I happened to know that this was very unlikely. The company owned the very lucrative James Bond and Lord of the Rings franchises, along with a massive library. The value represented by these properties would be more than enough to satisfy debt, whether those properties got sold off or if they were just exploited over time to generate cash flow needed to pay off the debt. I purchased the bonds at a discount, collected interest, and then sold them off when the studio regained its footing.

Larry is regarded as one of the nation’s experts on alternative consumer finance. He consults for hedge funds and private equity via his Council Member status at Gerson Lehman Group, and as a member of Coleman Research Group’s Executive Forum. He also consults for Credit Access Businesses and Credit Services Organizations in Texas. His Op-Eds and Letters to the Editor have appeared in over two dozen major newspapers. He also brokers financing, strategic investments, and distressed asset purchases between private equity firms and businesses of all stripes. You can reach him at [email protected].