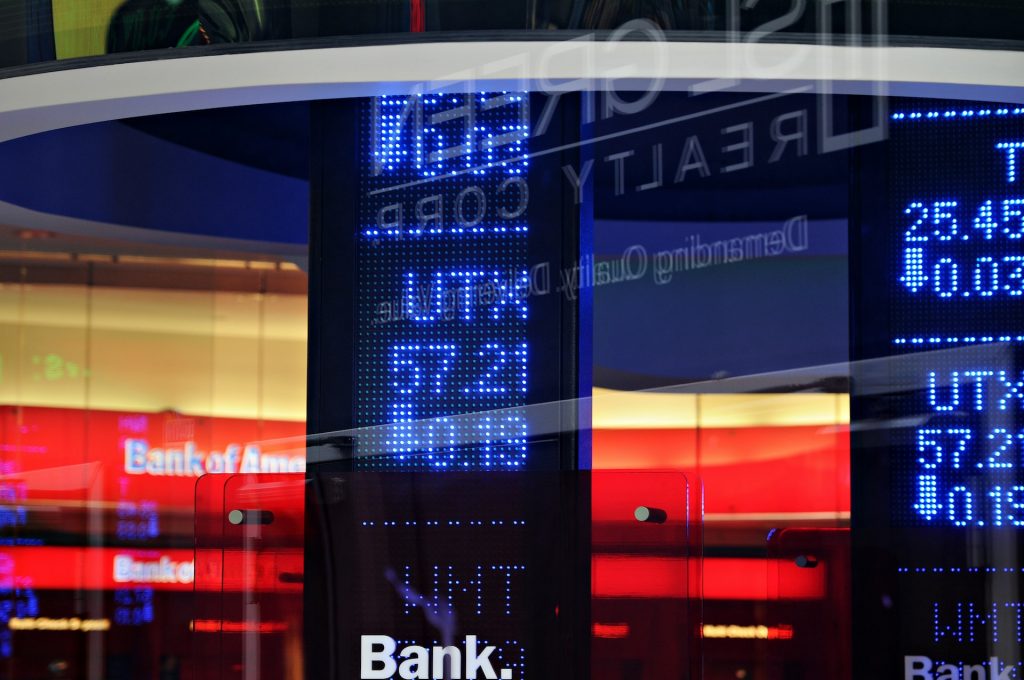 US stocks have whipsawed in 2022. After the slump in the first half of the year, markets bounced back in July and it was the best month since 2020. The S&P 500, which is the world’s most popular index, has risen over 17% from its June’s bottoms.

Meanwhile, while US stocks have risen many brokerages don’t believe that the rally is sustainable. Bank of America has termed the spike as a “textbook” bear market rally.

Bank of America analyst Michael Hartnett pointed to previous bear market rallies and said that there have been 43 such rallies since 1929 when the S&P 500 gained in double digits. He pointed out that the average rise has been 17.2%, which happens to be similar to the rise in S&P 500 from its June lows. He also pointed out that on average the rally lasts 39 days while the current rally has been in force for 41 days.

Hartnett also pointed to the narrow market breadth where Amazon, Apple, Tesla, and Microsoft have accounted for 30% of the rally in the S&P 500. All these stocks have been strong over the last month. Amazon stock rose over 10% after it impressed markets with its Q2 2022 earnings. Microsoft stock also rose despite mixed earnings. Since markets had quite tepid expectations from the Q2 earnings, they sent stocks even when earnings slightly trailed estimates.

Among the FAANGs, only Meta Platforms fell after its Q2 earnings as it reported its first-ever revenue decline and forecast another drop in the third quarter.

Hartnett also believes that markets no longer fear the Fed, which he says is a folly. He said, “Yet last time Fed ended hiking cycle with negative real rates was 1954 & even assuming CPI gains halve next 6 months inflation 5-6% next spring; whether Fed knows or not, they’re nowhere near done.” He added, “New regime of higher inflation means secular view remains cash, commodities, volatility to outperform bonds & stocks.” 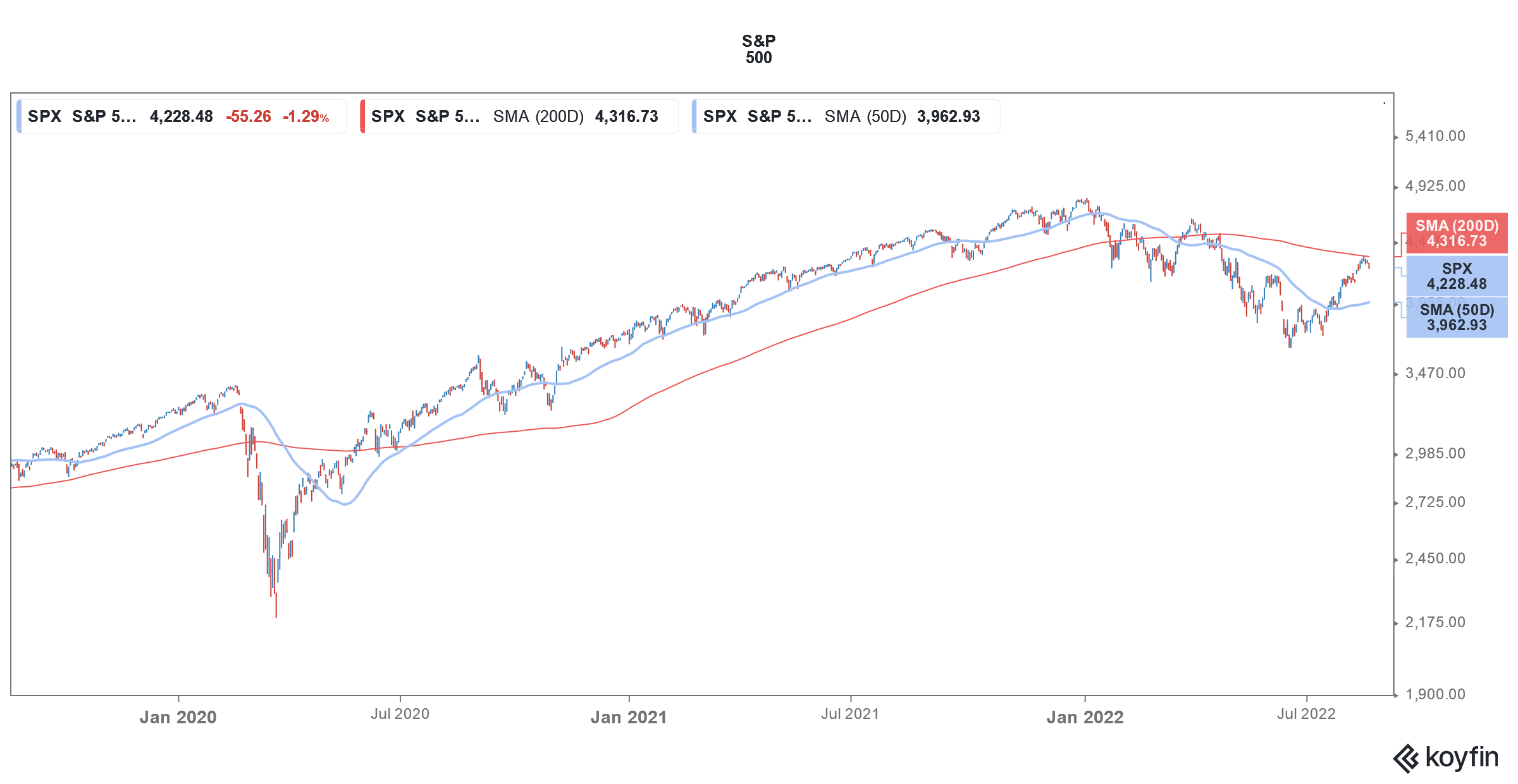 Fed looks in no mood to “pivot”

The bond yields started to price in a Fed pivot, or the move from rate hikes to rate cuts, a little too early and we’ve seen a rise in bond yield even as the 10-year Treasury yield is still below its 2022 high.

The hopes of those anticipating a pivot were dashed after the Fed’s July meeting minutes were released. The participants in Fed’s July meeting said that the 2.25%-2.50 fed funds rate is a neutral rate for the economy. However, some participants favored a more aggressive posture to control inflation. The minutes said, “With inflation remaining well above the Committee’s objective, participants judged that moving to a restrictive stance of policy was required to meet the Committee’s legislative mandate to promote maximum employment and price stability.”

Inflation has come down but is still uncomfortably high

The Fed is worried about inflation getting entrenched. The minutes said, “Participants judged that a significant risk facing the Committee was that elevated inflation could become entrenched if the public began to question the Committee’s resolve to adjust the stance of policy sufficiently.” While US inflation dipped to 8.5% in July, from 9.1% in June, it is still uncomfortably high.

The Fed’s annual Jackson Hole Symposium is scheduled for this week. Last year, the US Central Bank maintained its controversial view of inflation being “transitory.” Fast forward to 2022, and the Fed has retired the term transitory and is instead worried about inflation getting entrenched.

Another worry for the Fed is the rise in rent and wages. Both these tend to be a lot more sticky than the volatile food and fuel prices. Both food and fuel prices have dropped considerably over the last month. However, wage growth has been strong as the US job market is still quite healthy.

Notably, while the US economy contracted in the first half of 2022, China, the world’s second-largest economy expanded at an annualized pace of 2.5%, which is less than half of what the country is targeting for the year. While China hasn’t officially lowered the growth forecast, most brokerages have lowered their projections to around 3%.

US stocks could fall in case of a recession

Many brokerages believe that US stocks could fall more if the economy enters a recession. Earlier this year, Fed chair Jerome Powell said that while the Fed is not trying to impose a recession, its rate hikes might cause a US recession.

The Fed is also getting worried about a recession. The July minutes said, “Respondents to the Open Market Desk’s surveys of primary dealers and market participants marked down their growth forecasts for 2022 and 2023 and attached higher odds than in the June survey to the possibility that the U.S. economy could enter a recession in coming quarters.” However, the US job market is quite strong and the unemployment rate is near a 5-decade low.

The FOMC participants meanwhile expect the unemployment rate to rise. Its staff economic outlook said, “unemployment rate was projected to start rising in the second half of 2022 and to reach the staff’s estimate of its natural rate at the end of next year.”