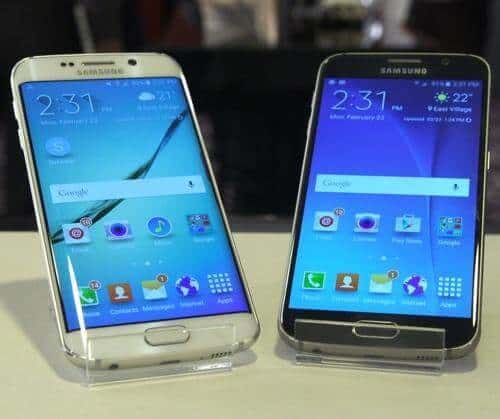 BlackBerry Ltd ,   is riding high on the fair to good reviews of its latest smart phone release, the BalckBerry PRIV. The firm has brought itself back into relevance in the hardware market with its move to the Alphabet Inc Android OS. That may not be the only tie up between the firm and a major mobile player however. It seems that John Chen is busy working on something new with Samsung.

A new BlackBerry smartphone is being tested on GFXBench according to a recent release. The new phone from the firm is nicknamed the STV100-1, but that’s not the interesting part. The phone runs on Samsung’s octa-core Exynos 7420 chip, leading to new rumors of the BlackBerry Galaxy. The news first emerged from a Weibo account.

It’s clear that the most likely explanation for the log entry is that BlackBerry Ltd ,   is simply taking a look at its options when it comes to hardware. The firm is testing out chips from Samsung, and it likely won’t go much further. Ewan Spence over at Forbe’s network, however, reckons there’s something much bigger going on.

Spence draws lines between the two firms, centered on the SecuTab that BlackBerry said it was working on with Samsung earlier this year, and suggests some reasons why they might work together.

“BlackBerry is on the lookout to reduce its design and manufacturing costs, so a switch to Samsung as a chipset supplier makes a lot of sense. Meanwhile Samsung is looking to expand its smartphone component business in the wake of flat sales of its high-end handsets” Spence wrote.

The other specs recorded on the STV100-1 were nothing too far out of the ordinary. A 5.1-inch QHD screen is combined with 3GB of RAM in the device. On top of that the results say it will have a 16-megapixel rear camera, and a 5-megapixel front-camera as well as 32 GB of internal storage.

BlackBerry Ltd ,   isn’t trying to take over the hardware market. All the firm wants to do is to make a profit. The firm has lost almost all of the benefits of scale, however, and is now no more than a tenth rate smartphone maker. That means it likely pays more to make its phones, and it is forced to charge more for the BlackBerry PRIV as a result.

If the firm could be assured of some sort of scale, however, as would be the case in a tie up with Samsung, it may have more of a chance at bringing its brand of hardware and software security to Android.

There are indeed proper justifications for a tie up between BlackBerry and Samsung, but there’s still very little evidence that anything like that is in the works. The firms have come together when it made sense in the past, however, and they might connect over the weakness in Android hardware right now.

“There’s little reason why [BlackBerry] wouldn’t be turning to Samsung for assistance and the continuation of a mutually beneficial relationship,” Spence writes, but at the same time there’s little evidence to suggest that’s happening.