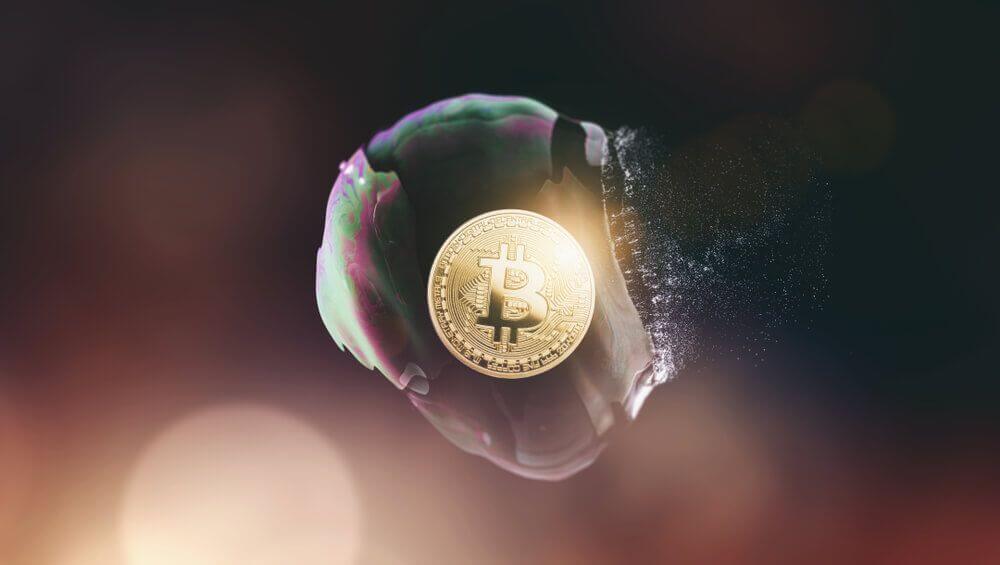 Bitcoin (BTC) could be getting close to a bubble following a period of sideways price action. This is according to Long Hash’s Bitcoin Bubble risk chart that is now showing Bitcoin is in ‘overvalued’ territory.

The risk chart is an estimate of the valuation of a cryptocurrency asset. It can be overvalued or undervalued depending on different measurements.

This indicator takes into account different factors such as the price of an asset, the market capitalization, the active addresses on the network and more.

Specifically, in this bubble risk chart, the creators followed a principle called Metcalfe’s Law and a type of mathematical model known as Gompertz function.

The bubble risk tool provides a value that can fluctuate between -2.5 and 2.5. The lowest value means that an asset, in this case, Bitcoin, is totally depressed and that it is heavily undervalued.

Meanwhile, the highest value represents an imminent bubble risk or that an asset is extremely overvalued.

A rating of over 0.5 suggests that the token may be overvalued and a value below -0.5 shows the cryptocurrency may be undervalued.

On November 5, the bubble risk chart showed Bitcoin was on the limit of entering the ‘Bubble risk’ territory, which can be reached with a value of over 1.5. Currently, Bitcoin is considered to be ‘Overvalued’ with a value of 1.33.

Back in June, when Bitcoin was traded above $13,750, the bubble risk chart showed Bitcoin was overvalued with a value close to 1.

At the time of writing this article, Bitcoin fell below $9,000 in different exchanges and several longs in BitMEX have been liquidated even below $8,950.

It is worth mentioning Bakkt reported 834 contracts on Thursday for a value of $7.69 million. This remains close to the all-time high reached on October 25 with 1183 traded contracts. 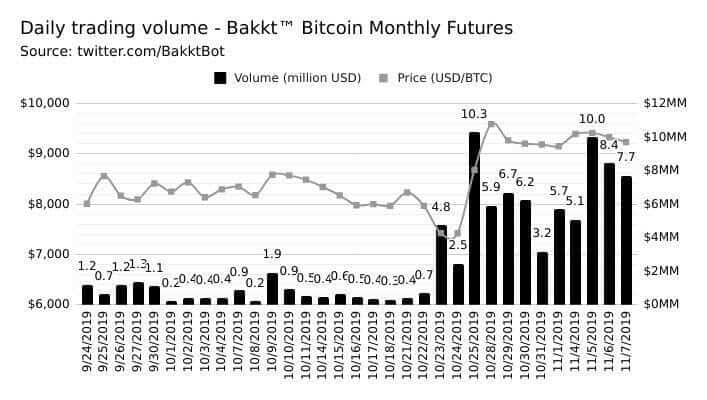 Bitcoin experienced a long bear market in 2018 and the beginning of 2019 in which the interest for cryptocurrencies was very low.

Things are changing now. After almost two years of the beginning of this bear market, the industry is much more mature, there are new fiat on-ramps for users to enter the space, and developers have been working in order to develop new solutions in different networks.

At the same time, regulators in different jurisdictions are starting to pay close attention to Bitcoin and other crypto-assets. The goal is to create a legal framework that would allow individuals and investors to operate in a regulated space.

There are many experts and analysts that consider Bitcoin could continue growing in the future rather than stagnating. In May 2020, the largest cryptocurrency is expected to experience a new halving event that could eventually help it reach new all-time highs.

It will be interesting to see how the price bubble risk chart will evolve in the future and how it correlates with Bitcoin’s price action.