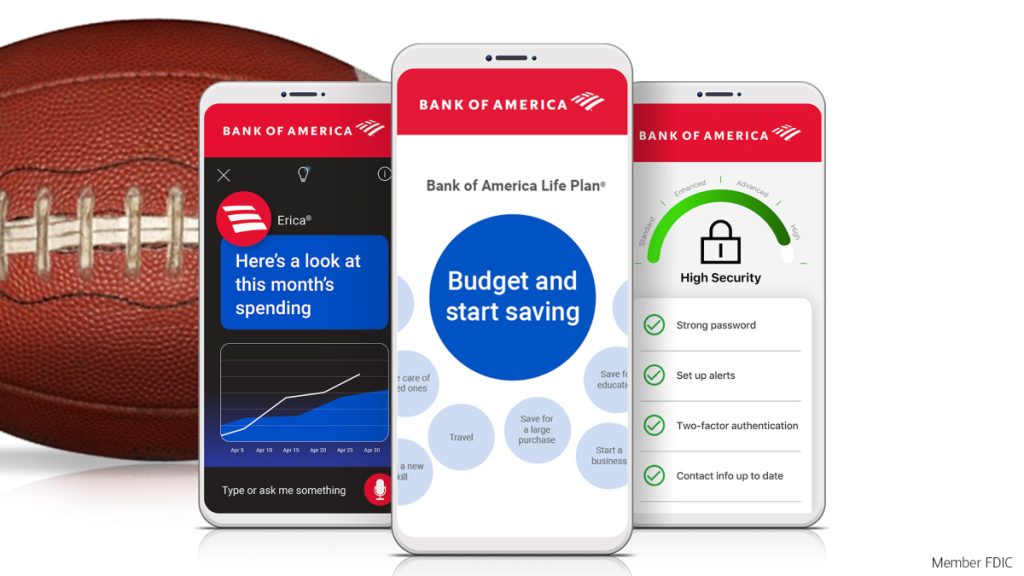 Bank of America (NYSE: BAC) stock rose over 6% yesterday after it released its earnings for the third quarter of 2022. The broader markets also rose sharply as investors reassessed recession fears amid a reasonably strong earnings season.

JPMorgan Chase had also posted a beat on both the topline as well as bottomline. However, Wells Fargo missed consensus earnings estimates while beating on the topline. Both stocks nonetheless rose after reporting their Q3 2022 earnings. Citigroup also reported better-than-expected earnings. Morgan Stanley however fell after releasing its quarterly earnings.

Like fellow US banks, BAC also increased its provisioning for credit losses and set aside $898 million towards provisions. As a result, its net profit fell 8% YoY. Here it is worth noting that in the third quarter of 2021, Bank of America had released reserves as the economic impact from the COVID-19 pandemic wasn’t as severe as banks had originally envisioned.

The US economy staged a V-shaped recovery from the pandemic lows. Loose fiscal and monetary policies were among the two key drivers of the economic recovery. However, they also contributed to inflation. The US Fed is now scrambling to bring down US inflation and has raised rates five times this year. In aggregate it has raised rates by 3 percentage points and another 75-basis point rate hike looks likely in November.

US banks are reporting strong net income margins, thanks to the high interest rates. Bank of America reported a net interest income of $2.7 billion which was 24% higher than the corresponding period last year.

Commenting on the earnings, Bank of America CEO Brian Moynihan said, “We continued to see strong organic client growth across our businesses, with increased client activity helping to drive revenue up by 8%.”

JPMorgan CEO Jamie Dimon has predicted a US recession in the next six to nine months. The bank was also quite circumspect about the US economy while releasing its earnings. Wells Fargo also talked about an uncertain economy.

Moynihan was meanwhile not as bearish on the US economic outlook. He said, “Our U.S. consumer clients remained resilient with strong, although slower growing, spending levels and still maintained elevated deposit amounts.” 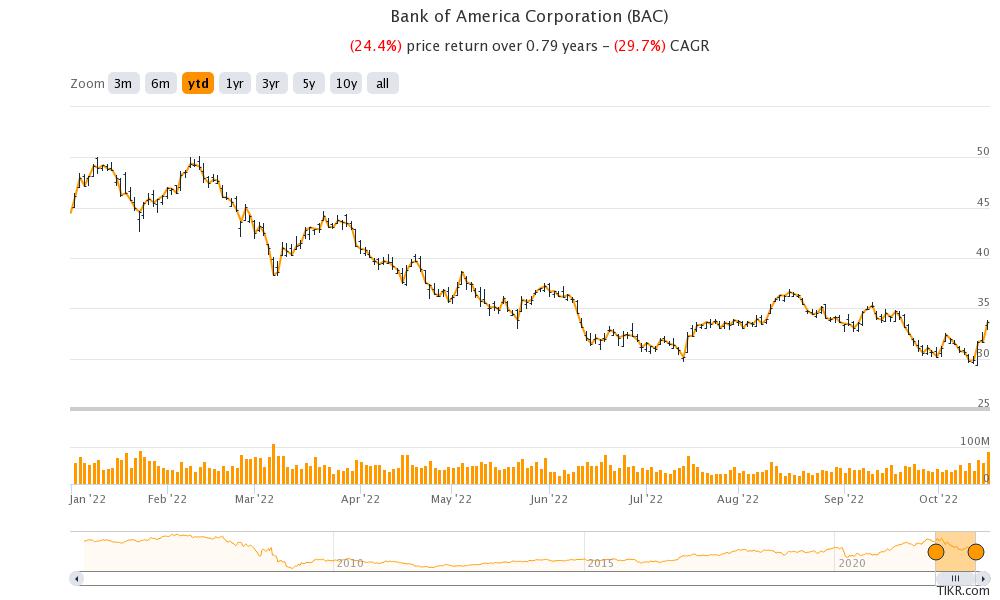 Berkshire Hathaway is the largest Bank of America stockholder

Notably, Warren Buffett is also bullish on Bank of America stock and Berkshire Hathaway is the biggest stockholder in the bank. Usually, Buffett had a self-imposed limit of not increasing stakes in banks beyond 10% and in the past, the conglomerate sold shares to keep the stake below 10%. However, Buffett made an exception for Bank of America and increased the stake beyond 10%.

Also, while Buffett has exited names like JPMorgan Chase, Wells Fargo, and Goldman Sachs, he added more Bank of America shares last year. This year, Buffett has picked a new stake in Citigroup, whose valuation multiples are lower as compared to banking peers.

This year, Buffett has also picked more shares of Apple, Chevron, and Occidental Petroleum. The “Oracle of Omaha” was a net buyer of stocks in both the first and second quarters of 2022. Prior to that, Berkshire net sold stocks for five straight quarters.

Bank of America stock has fallen in 2022

Lim said, “Bank of America (BoA) is the highest quality US universal bank in our view. It has the most defensive loan portfolio and high sensitivity to rising rates, which drove a premium P/TE valuation heading into 2022. That premium has dissipated with rising concerns about a recession.”

While Lim cautioned against buying bank stocks ahead of a recession, he said that BAC stock seems to be pricing a recession.