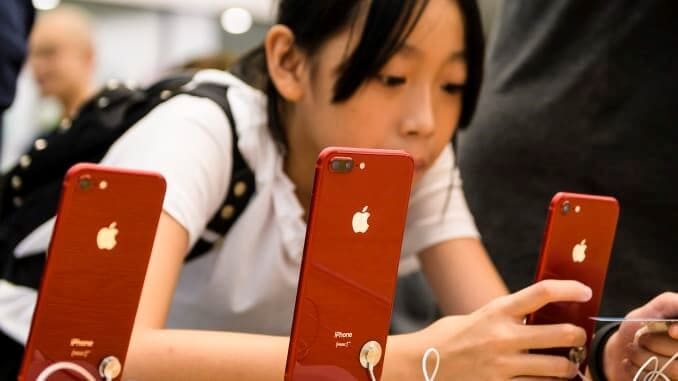 Apple and Nike are vulnerable to escalations in US-China tensions, according to Mark Tepper, president of money manager Strategic Wealth Partners, as relations between the world’s two biggest economies have soured amid tit for tat closures of consulates.

“China accounts for about 20% of revenues for both companies, and I think what people need to be thinking about right now is potentially managing risk on these positions by potentially trimming,” said Tepper on the two firms speaking on CNBC’s Trading Nation on Thursday.

Tepper says that Apple is “priced for perfection.” He added: “As much as Apple wants to shift the focus towards services, they do need to get their phones in the hands of the consumer in China first.”

This is not the first time that analysts have raised concerns over a possible boycott of Apple products in China. Similar concerns were raised in 2019 as well amid escalations in US-China tensions over trade issues.

In 2019, Apple chief executive Tim Cook sought to allay such fears. He said: “Well, certainly apple has not been targeted by the government so let me take away any kind of doubt of that right up top. There are reports, sort of sporadic reports, about somebody talking about not buying our products because we’re American, maybe a little bit on social media, maybe a guy standing in front of a store or something. My personal sense is that this is small.”

Tepper also cautions on Nike. He said: “In addition to getting a huge portion of their revenues from China, China also makes 23% of their shoes so that’s a problem as it relates to tariffs.”

He added: “With both of these companies, they’re good companies, a lot of people own them, but I think we have to be smart, we have to manage risk and it might make sense to trim,”

O’Hara said: “The chart is still in a very clear well-defined uptrend. The ETF rallied 70% off the March lows. It’s important, and I will even say it’s vital, for the bulls to see this chart hold above those 2018 highs at $65. Failure to hold that level will indicate to me that leadership is failing, which in turn I believe will result in further weakness for Chinese stocks overall.”