Apple Inc. will introduce the iPhone 7 soon. Tech fans, along with Wall Street investors, are anxious to find out what this next iteration of iPhone from Cupertino will look like. The iPhone 7 is expected be the very best that Apple has ever made.  Apple has been quiet about what we can expect from the iPhone 7 but information tends to leak to the public as a release is approaching.  We’ve assembled iPhone 7 specifications, features and an approximate release date, and we’ll share them with you here.

We’ve heard a lot about the iPhone 7 specs in recent weeks. Force Touch is going to be the best thing about the new device if Wall Street is believed. Brian White of Cantor Fitzgerald says “There’s going to be a lot of different features in how you interact with Force Touch and what it does that maybe we’re not thinking about yet.”

Apple  says that Force touch is “the most significant new sensing capability since Multi-Touch.” Nobody really knows how it’s going to fit into the iPhone 7 specs, and Wall Street isn’t exactly great with software ideas.

Tim Arcuri of Cowen and Co. gave a sort of vague outlook about how the feature will work in a recent report. “You can press harder and access different functions and features. There’s a lot of different things they can do” he said.

iPhone 7 specs will be liquid fast

Srini Sundararajan of Summit Research gave an insight into the iPhone 7’s A9 chip earlier this week. He’s an expert in the chip industry, and he thinks the A9 is going to be a huge boost over the A8 that users already have their hands on.

Mr. Sundararajan says that the iPhone 7 specs call for a chip that is “20% more powerful, 12-15% smaller in size and 35% more power-efficient.” It’s the power efficiency that will be the big boon from the new chip this time around.

Apple is going to debut Low Power mode with the iPhone 7. The iOS 9 feature will make the device use less power when you’re low on battery. That combined with the power use of the A9, should give the world a phone that will last more than 24 hours, no matter how hard you use it.

iPhone 7 specs include 16GB base model

Some were hoping that Apple would boost the size of storage in its base iPhone this time around. Leaked pics suggest that that simply isn’t going to happen. 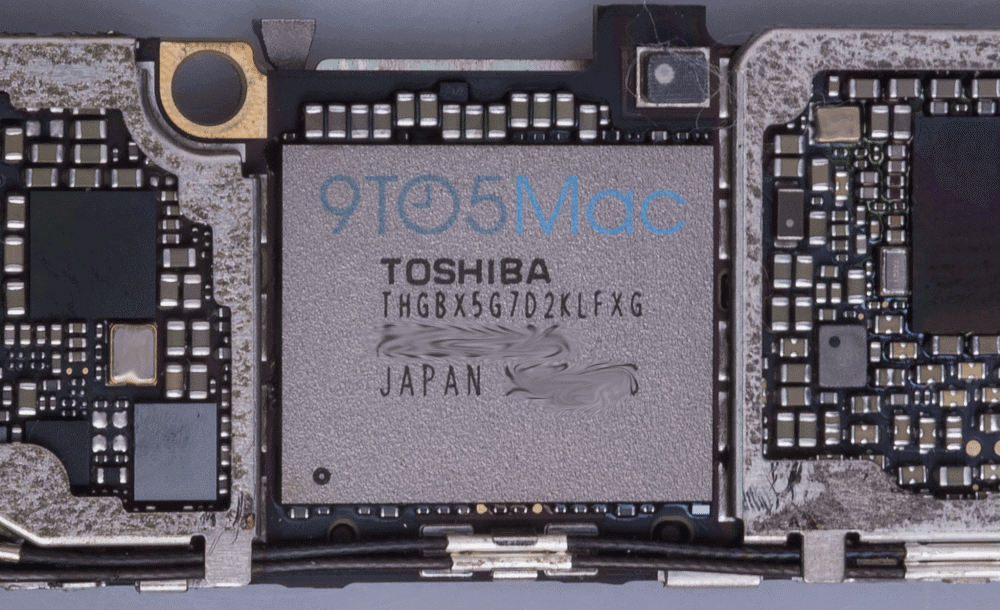 The chip in the above picture, which comes from 9to5Mac.com, has been confirmed to have storage of just 16GB. That means that Apple will still hold to the iCloud is storage enough line through the next year.

The firm’s marketing chief Phil Schiller said in a recent interview that he thinks 16GB should be enough storage for most people.

It also seems, says Ming Chu Kuo of KGI, that the iPhone 7 specs will include a new 12MP camera. Apple has done some amazing things with its camera in recent years, and the firm is going to try to do much more in the year ahead.

Dev Hamza Sood dove into the iOS 9 beta and found new tools for better Selfies and much much more in the code.

We’re going to see an iPhone 7 with changes on the outside this time around. Leaked pics of parts from the supply chain, seen below, show that the next Apple  smart phone will have a thicker case. The pictures, and new info that leaked with them, suggest that the iPhone 7 specs will list the device at 7.1mm thick. 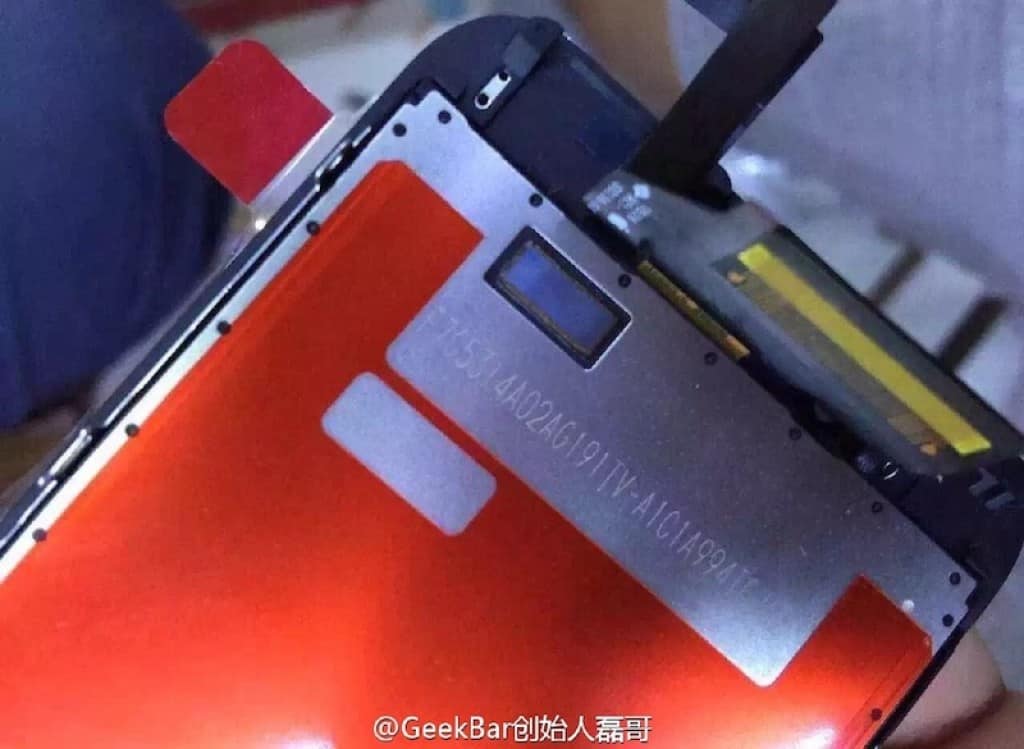 We’re also going to seem some new colors. The iPhone 7 won’t come in Space Grey, it’s going to be all Space Black. That’s one of the colors of the Apple Watch. Jony Ive hasn’t made a solid gold iPhone just yet, but Ming Chu Kuo of KGI says the firm will make a Rose Gold iPhone to match the popular $10,000 Rose Gold Watch.

As well as the leaked pics, we’ve also seen some leaked renders that claim to be from the Apple supply chain. Here’s a look at one of them from uSwitchUK.

The iPhone 7 spec sheet will likely list slight boosts in the size of the phone, shows the render, but the rest of the iPhone 7, bar the colors on show, will look very close to the last release from Apple .

TechRadar says that Apple was looking to get rid of the “ugly plastic bands” on the back of the iPhone 7, but leaked pics show they’re going to make their way onto the phone this time around.

There’s some contention about whether the camera will pop out of the back of the device as it did on the iPhone 6, a feature people hated, but it looks like we’re going to have that same bulge this time around despite the 7.1mm form factor. The new camera upgrade had better be worth it.

Apple Inc. might have trouble getting the iPhone 7 out the door this time around. That’s the view that the firm’s latest earnings report seems to get across. The iPhone 7 release date, however, seems to be set in stone given the number of pieces of evidence out there to support it.

In a recent report Ming Chu Kuop of KGI Securities said that the iPhone 7 release date will be in September. He said that the firm will ramp up production of the device in August.

That means you’ve got just 43 days to get the cash together to purchase a new iPhone. It’s not likely that there will be a price rise in most regions this time around. In the US the iPhone 7 price is expected to stay at $649.99 in the US. The iPhone 7 Plus base models is expected to cost $749.99 when purchased from the Apple store.