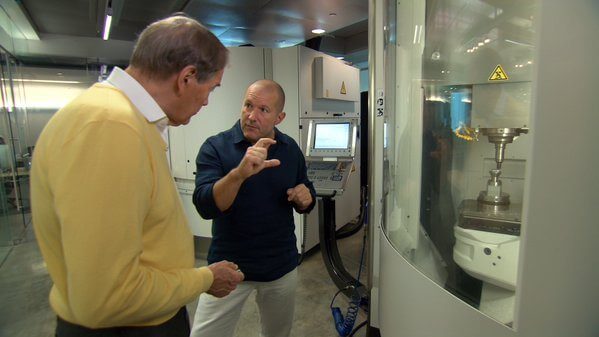 Apple Inc.  is going to put its secret design lab at the front and center of a new episode of 60 Minutes on CBS. The episode, which will be hosted by Charlie Rose, will involve a tour of Mr. Ive’s design house as well as a look at the new Apple retail store concept that’s being pioneered by the designer and retail head Angela Ahrendts. The network confirmed the showing with a series of Tweets on Thursday.

Apple is a startling company from many angles, but much of the success of the firm’s products is down to their hardware and software design. The show will air on CBS on Sunday, December 20th, at 7:30PM. It’s going out as 60 Minutes with Angela Ahrendts and Jony Ive, and it should be a very interesting treatment of the Cupertino firm.

Apple gives the world a glimpse

It’s not likely, of course, that there’s going to be any sort of blow out information resulting from the firm’s design studio tour. Charlie Rose will act as a conduit for Mr. Ive and the rest of the Apple team, as they explain they’re design process. We might see something about how the iPhone 6S came to be, but don’t expect any insight into the iPhone 7.

The show will involve some kind of a glimpse into the secret design lab that Jony Ive calls home, and which produces many of the firm’s prototype designs. It will also show of what looks to be an experimental version of the Apple Store. The firm’s Angela Ahrendts, who joined from Burberry last year, is apparently working on all sorts of retail changes on both the design and functional sides.

Those interested in Mr. Ive’s progression at Apple will be hoping that the 60 Minutes piece offers some kind of information on his place in the firm right now. Just a few months ago Mr. Ive was promoted to Chief Design Officer. The reason behind the promotion wasn’t’ clear,

There were rumors that the change meant that Mr. Ive was stepping outside of the day-to-day running of the firm on his way out the door entirely. It was clear, at least from the outside looking in, that his role had changed substantially and employees who used to answer to him were going around him in his new capacity.

Apple Inc.  moved around a whole lot more executives on Thursday. The change most closely connected with Johnny Ive’s sphere came from outside the firm. Tor Myhren, Grey Worldwide chief creative officer, will join Apple as head of Marketing and Communication in the first quarter of next year.