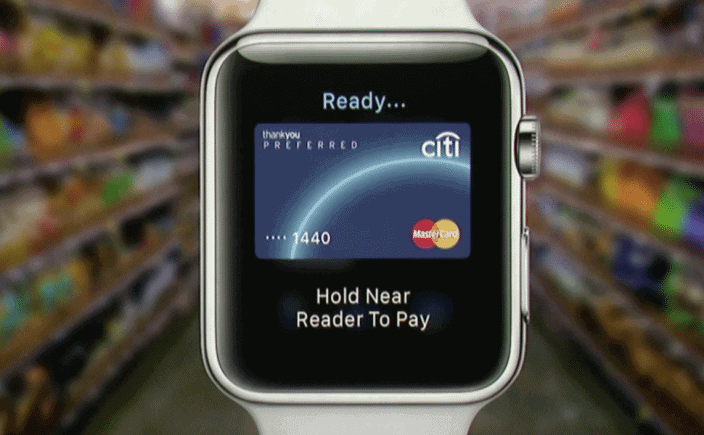 Apple Inc. went through a huge amount of its business at its event on Wednesday September 9, but the firm what Tim Arcuri of Cowen and Co. calls the “most powerful mechanism” it has to drive sales of its hardware in the years ahead. Mr. Arcuri saw the event as a ho-hum affair at which Apple delivered the goods, but offered no surprises.

Apple Pay is, according to Mr. Arcuri, the best method Apple has to “leverage the installed base and drive more HARDWARE sales of current and future form factors.” The money-moving service is a real differentiator for Apple right now, and it’s not clear why Tim Cook and his team ignored it on Wednesday.

Apple has seen a lot of success with Pay since the service launched, and the weeks leading into the September 9 event saw the firm launch for the first time in its second market, the UK. By all accounts that launch went well, and take-up was likely faster than in the US. Despite the big news, Tim Cook didn’t say much about payments.

Mr. Arcuri is a strong believer in diversity at Apple Inc. He reckons that in order to sell more hardware in the future the team at Cupertino needs to offer more and better software and services. Apple Pay, Mr. Arcuri reckons, is the best tool the firm has to fit that purpose so far.

That’s to be expected. The event on Wednesday was bigger than most Apple events, and talking about all of the new hardware, Apple TV, iPhone 6S, iPad Pro, and software, including updates to HealthKit, took a serious amount of time. It seems that the team at Apple simply had no major news to share about Apple Pay, disappointing Mr. Arcuri.

Going beyond the iPhone at Apple

The most important part of the event on Wednesday was the growth beyond the iPhone. Though this was an iPhone event, the smart phone shares the limelight with the iPad Pro and a new Apple TV.

Mr. Arcuri said “the real story of the event was a deeper push beyond the iPhone.” The rest of Wall Street, or those that got their reports out early on Thursday September 10, doesn’t agree in full.

Ananda Baruah of Brean Capital still thinks the smart phone is the most important thing for Tim Cook’s concern. He said the “new iPhone adoption initiatives are both progressive and pragmatic,” and tension for the fourth quarter sales of the device are to the upside. He sees iPhone sales of 47M in the third quarter and 72M in the fourth with a gross margin of around 40 percent.

Susquehanna analyst Chris Caso said, in a report published on Thursday morning, “the key for AAPL to grow iPhone sales this year is not to convert existing iPhone users but rather to convert the 73% of iPhone users who have yet to upgrade to iPhone 6.”

For most of Wall Street it’s not the long term that drives Apple shares, and the way the stock moves appears to bear that theory out. iPhone sales are still the most important thing.

For Mr. Arcuri, the advent of Apple Pay may drive higher and higher sales of the device. On Wednesday the market punished Apple for its revelation, but one day stock movements for the monolithic firm are no guide to its future.