If the rumor mill is right, Apple Inc.  is going to launch the iPhone 7 on September 9. We’ve seen plenty of leaks, including info from carriers in the UK, Germany and Japan, that appear to confirm that date. It’s not just the iPhone 7 release date that has been leaked, however, we’ve also seen plenty of info about the iPhone 7 specs from Wall Street analysts and those in the supply chain.

For the more fashion conscious, or those that really like to see the nitty-gritty of the iPhone 7 specs, we’ve seen a lot of leaked pictures of the next big Apple smart phone release. Read on to find out what the iPhone 7 will look like, and what the guts of the smart phone will be able to give to users.

First up we’ve got some renders of the iPhone 7. The below blueprint for the smart phone comes from Engadget Japan. 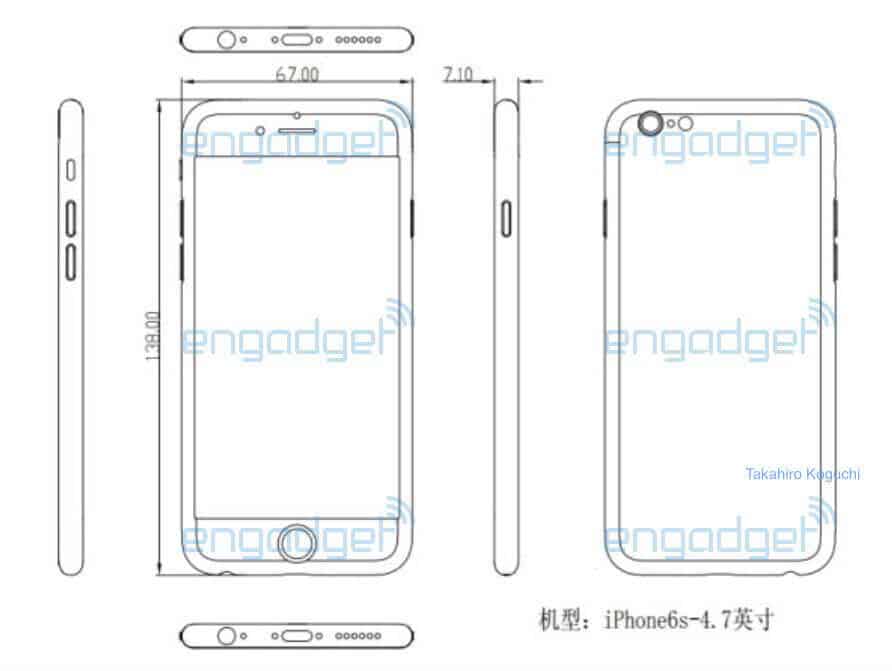 It shows that, for the most part, the iPhone 7 is going to look a lot like the iPhone 6. The big difference is in the thickness. Apple is planning to boost the next release to 7.1mm, up 0.2mm from the firm’s last release. That thickness is going to be used to fit Force Touch, one of the most hotly anticipated features, into the next device.

It’s not just pictures of the plans for the next release that those following Apple have gotten their hands on. We’ve also seen a bunch of leaked picks of the iPhone 7 case. Here’s a couple that Mark Gurman of 9to5Mac says he obtained from a “source close to the supply chain.” 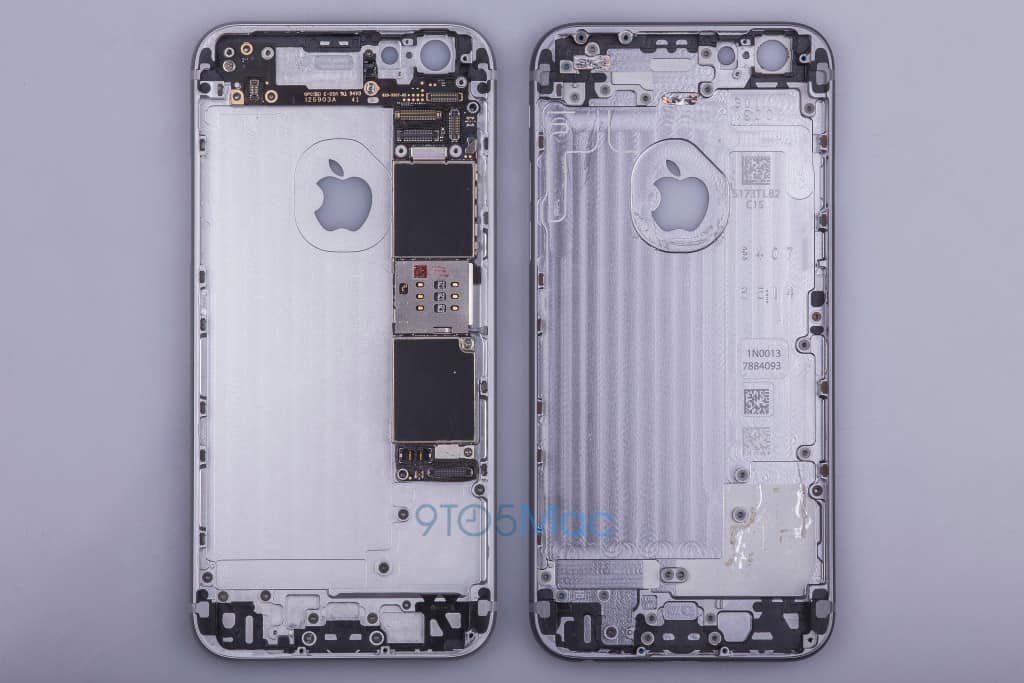 The pics show what we’ve been expecting ever since Ming Chi Kuo of KGI Securities started publishing his reports on the iPhone 7 on a regular basis. The next release from Apple will, as with all other mid-gen phones out of Cupertino, look almost identical to the last release from the firm.

There will be some changes on the outside, however. Apple will have to keep the plastic stripes that perturb some users, but the firm will try to attract more upgrades with a selection of new colors. The Rose Gold featured in the Apple  Watch is likely to be the most popular new color for the iPhone 7.

Here’s a leaked pic that shows what a Rose Gold iPhone 7 will look like: 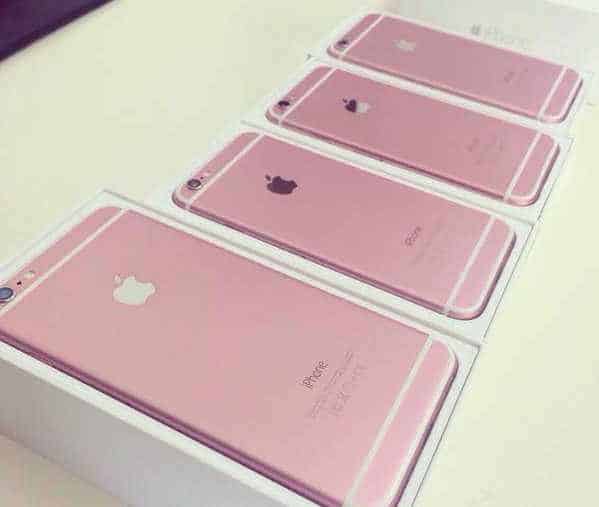 The above picture comes from Chinese news site Daliulian. It may not be the best source for iPhone 7 leaks, and we know that the fake versions of the Apple smartphone in China are getting better and better.

Getting the iPhone 7 specs from leaked pics

They’ve offered us clues about the iPhone 7 specs that we wouldn’t have otherwise. 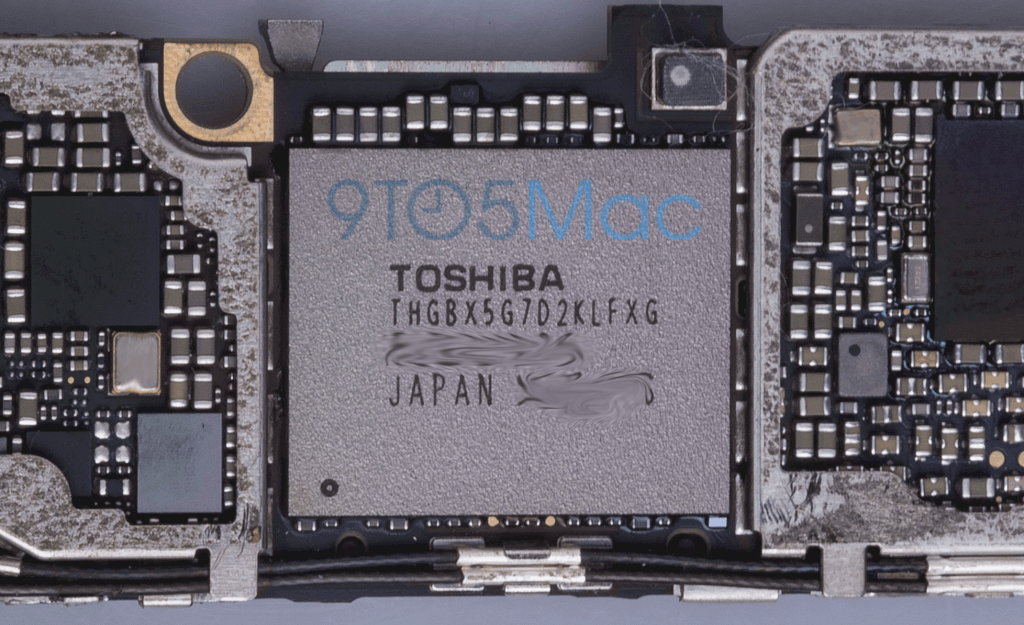 The above image, which also comes from 9to5Mac, shows that the iPhone 7 may have a 16GB storage option. Fans have been looking for Apple to raise the base memory in the phone, but it seems that won’t happen this time around. Tim Cook’s firm offers an upgrade for $100, a price that offers the firm a large margin on higher-priced iPhones. 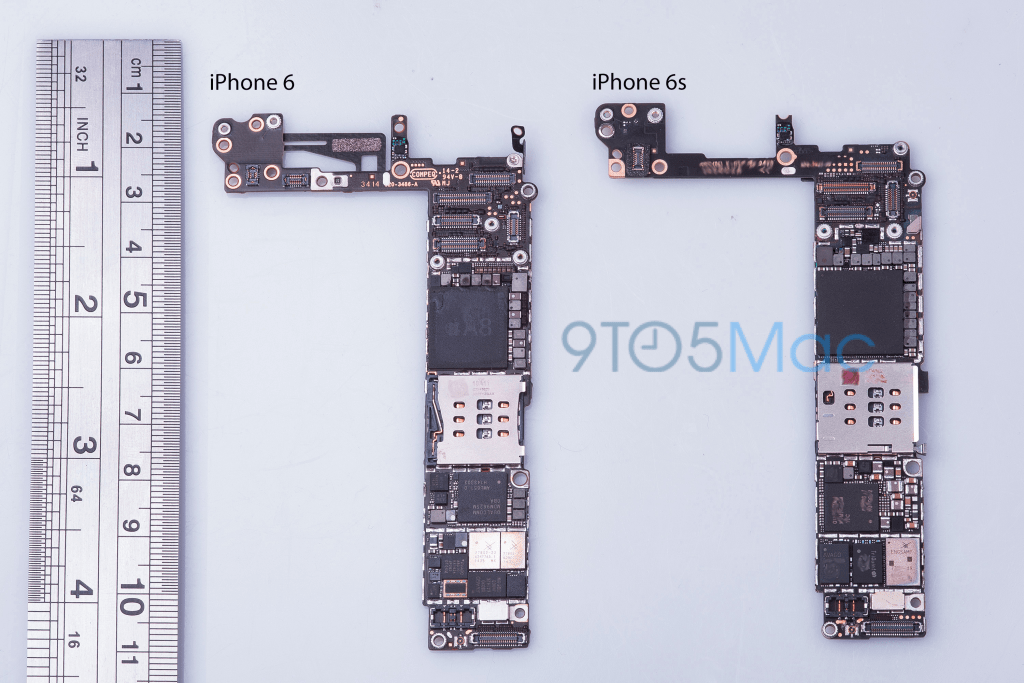 The above image, also from 9to5Mac, shows off the motherboard and chips that will be used in the iPhone 7. There’s not much real info to glean from this, except for the fact that Apple has made the chips even smaller.

The above image shows that Apple is going to use a new NFC chip in the iPhone 7. It’s not clear if the new chip will increase the range, lower the amount of power it uses, or something else, but there’s got to be some reason that the firm has made the change.

We don’t have much info on the A9 chip that Apple will put into the iPhone 7 but Summit Research analyst Srini Sundararajan says that it will bring “performance to kill for” to the next smart phone.

We’re also likely to see RAM in the phone boosted to 2GB. Raymond James analyst Travis McCourt reckons that will result in a “significantly better use experience.”

Ming Chu Kuo, likely the best source of info on Apple products, reckons that Apple will also boost the power in the camera with the release of the iPhone 7. He’s expecting the firm to put a 12MP camera in the device. Hamza Sood, a dev who has been digging through iOS 9 has been finding some interesting software improvements for the next device.

iPhone 7 release date is in 19 days

Start your countdown, you can be sure Tim Cook and the rest of the team at Apple are doing the same. The iPhone 7 release date is set for September 18, and Tim Cook and his team will show off the device for the first time at an event on September 9.

A leaked memo from Vodafone in the UK was the first to show September 18 as the release date. That’s been backed up by info from tech sites in both Germany and Japan in the last couple of weeks.

That, combined with the Buzzfeed source who said that early September was set for the iPhone 7 release date, makes it seem certain that we’re going to see the next major device from Apple some time in the next three weeks.

That’s all we really know so far, but we’re going to be getting more and more info as we get closer to launch. It seems that those quick to pre-order the device will be able to get their hands on it on September 18. For those that really want to make sure they get the phone right on time may want to start queuing up.