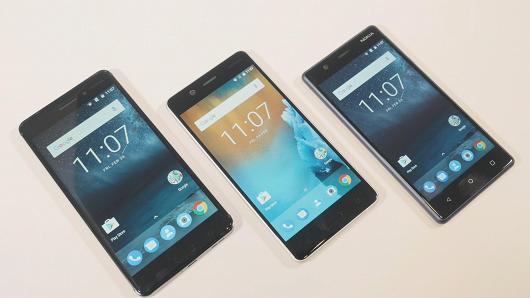 HMD Global just showcased the newest Nokia flagship smartphone running Android 7.7.1. Called the Nokia 8, it promises to be a hot rival for the Samsung Galaxy S8 and incoming iPhone 8. Is this the return to glory that Nokia fanatics have been waiting for?

Android Authority got to take the gadget out for a spin. Their final opinion: “Well, it looks and feels a whole lot like a 2017 flagship.” Much like the other front-runners in this year’s smartphone race, the Nokia 8 houses a killer feature that sets it apart.

It’s not an unknown fact about the Finnish tech giant, but Nokia certainly loves is camera tech. Living up to those expectations, the company crammed a lot of attention into a phone which captures beautiful images. Credit on this device goes to its near-unparalleled camera, or should we say “cameras”.

HMD’s attention to this detail makes the Nokia 8 the ideal selection for content makers and the image-sharing generation. Its creators consider it the “ultimate device for documenting your life”. The question is, does it have enough to compete with the other 2017 flagships?

Nokia held off from making phones after Microsoft snatched up its Lumia range. The company is now back in the picture under HMD Global. For those not in the loop, HMD took up the Nokia smartphone brand some 8 months ago. The company is Finnish too, and has already released the Nokia 3, Nokia 5 and Nokia 6.

The latter, Nokia 6, was widely believed to be the company’s flagship. Nokia was thought to be making a soft comeback, easing itself into the market again. That was until word came about the Nokia 8, clearly set further into the year in order to compete with the Galaxy S8 and iPhone.

A glance at Nokia 8

Aesthetically, HMD hit the nail on the head. The Nokia 8 features all of the hallmarks of a modern flagship. It builds on the design language of the last three models and flaunts an attractive, very slim design. Its outer casing is entirely aluminum too. Average thickness rests at 7.3 mm. 4.6 mm represents its thinnest point while its largest point is 7.9 mm.

There is also no real shortage of appeal for standard colors. Nokia 8 will be available in matt silver, matt blue, polished blue and an alluring polished copper. Interesting to note is that these colors feature at the back of the device alone.

The side bezels are silver on all gadgets, complimenting the nearly infinity-screen look on the front. Front of the gadget offers an LCD 5.3-inch quad HD 2560×1440 display. It has 700 nits of brightness. The rear end is smooth and stunning as well, although its sleekness does render the phone a fingerprint magnet.

Waterproofing is kept mild with an IP 54 rating. Although the Nokia 8 can outdo the elements, underwater usage is not this gadget’s foremost strength. However, the overall specs are within the range of a great top-of-the-line gadget. Depending on your taste, it would be hard not to see HMD’s Nokia as an Apple Inc. or Samsung competitor.

A 2.54gH Qualcomm Snapdragon 835 powers the Nokia 8. That processing power is backed by 4 gigs of RAM. Safe to say, the smartphone is a more than powerful enough competitor. HMD Global made their flagship an extremely capable product. The Nokia 8 should be able to tackle the most demanding tasks.

Heavy users might be excited to hear that some advanced cooling technology is featured too. It works through a copper pipe and graphite shielding which disperses heat evenly through the phone. It’s effects are that users will not notice any particular hot spot on the Nokia 8 with heavy usage.

The antenna is placed at the top of and the bottom of the smartphone. It is rather thoughtful design which gives users less chances of covering them will using the device. It should also provide some of the most outstanding signals in the industry. Nokia seems to remember that a smartphone should always be a phone first and foremost.

This lack of grappling for connectivity should also grant the Nokia 8 a longer lasting battery. The battery itself is a 3090 milliamp with Quick Charge 3.0.

A whole 64 GB of internal storage resides within the product. Understandably, this might not be enough for most people in this market. However, storage is easily expandable with a storage card of up to 256 GB.

The Nokia offers the cleanest experiences of the Android OS. It has no customized software or bloatware either. The device will be among the quickest update receivers too. For those anticipating Android O, Nokia assure the public that its latest phone is the quickest way to get the updated software.

Camera on the Nokia 8

The camera is the star of the Nokia 8. It is derived from a partnership between HMD and Zeiss. This device’s overall experience resides around the camera too. The one on the back uses two sensors, one color and one monochrome. Image fusion technology sets the two into one shot for greater color contrast.

This is not unlike the technology used on other leading flagships, but it shows how on par the Nokia 8 is with top smartphones. Interesting as well is that the front camera uses the exact same module arrangement. Both the rear and front sensors are 13MP and user get auto-focus on both.

Nokia didn’t go all out on putting a 13 MP camera on both sides. The design is meant to support the company’s foremost feature: the “bothie”. It allows user to capture a photo or record a video using both the front and rear snapper. The images are split on the screen 50/50. Users can also use the Nokia 8 in this mode to stream live on online social platforms like Facebook of Instagram.

That feature, which is what’s supposed to set the device apart, won’t exactly remain a moat for very long. If the “bothie” becomes popular, it’s likely to be added natively to Instagram and Snapchat pretty rapidly.

The wait while Apple readies its newest winner won’t be too long. The Nokia 8 will roll out on September 6th worldwide. That same month is expected to feature Apple Inc.’s launch of the 2017 iPhones.

The Nokia 8 will roll out on September 6th worldwide. That same month is expected to feature the Apple Inc. Launch of the iPhone 8 too. It is not likely to sell anywhere near as well as the iPhone 7S, 7S Plus and new flagship, but it promises to stand out among the rivals.