The dollar will go through a tough quarter because of America’s inability to contain the coronavirus pandemic, according to a top currency strategist.

Brown Brothers Harriman’s Win Thin said: “This is one of the rare occasions when Europe will actually outperform the US,” Thin told CNBC’s “Trading Nation” on Thursday.  He added: “The stars are aligned against the dollar.”

US dollar falls: Blame the handling of the pandemic

Paresh Upadhyaya, a money manager at Amundi Pioneer Asset Management, which has $78bn under management also puts the dollar’s weakness to America’s handling of the pandemic.

Wells Fargo is amongst the other banks that are bearish on the greenback.

America’s fiscal deficit is slated to rise to the highest level since the Second World War, which leaves the US dollar to face several headwinds. Also, the Federal Reserve is not yet done with its massive stimulus package which will heap even more pressure on the greenback. 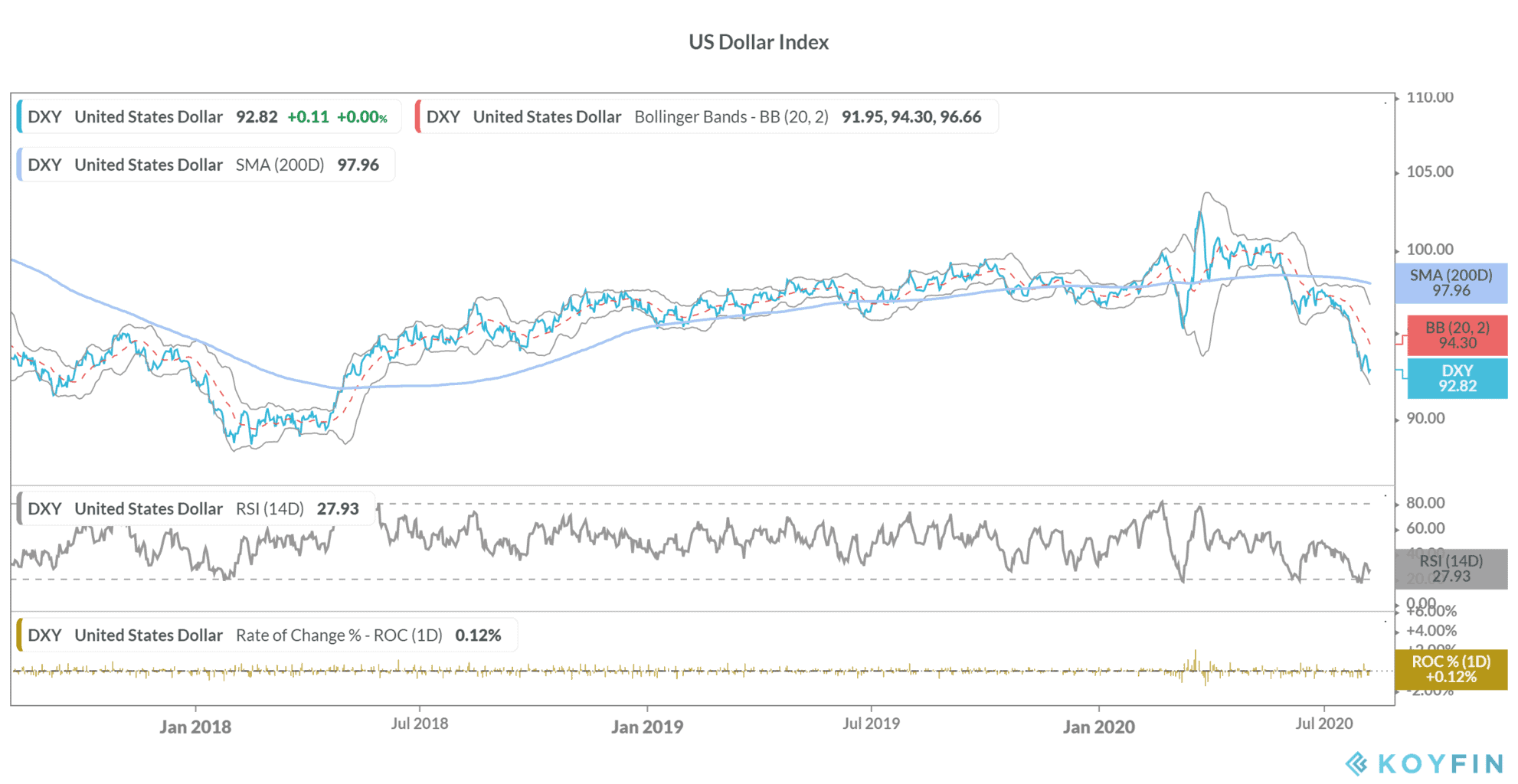 Thin expects the dollar index that measures the greenback against six major currencies including the euro and the yen to fall to its 2018 low of around 88, implying a downside of 5.1% over yesterday’s closing prices.

Generally, with a weaker domestic currency, inflation spikes in countries that are net importers like the US, as imported goods become expensive. However, it makes exports competitive, and US President Donald Trump has often argued for a weaker dollar to boost the sales of US firms abroad,

However, Thin is not too worried about spiralling inflation due to the dollar’s slide. “Given the 30 million people still out of work … it would be very difficult to pass on these higher costs to consumers,” said Thin. He added, “Everyone is looking for inflation on the radar screen, but I just don’t see it near-term.”

Is the decline structural or cyclical?

Thin is not in the camp that expects the dollar’s hegemony is at stake and sees the decline as a cyclical downturn. “The debate is between whether it’s a structural or cyclical decline,” said Thin.

“The Fed is being much more aggressive than other central banks, and the US economy is likely to underperform in the coming months due to the pandemic. So to me, that’s a cyclical issue,” added Thin.

He expects the US dollar to bottom in the fourth quarter if the country is able to control the virus. “I don’t think it’s the end of the dollar as we know it,” said Thin.

However, not everybody is as optimistic about the dollar as Thin. In June, US economist and former Morgan Stanley Asia chairman Stephen Roach warned that the US dollar would plunge 35% against other major currencies by the end of 2021.

How to benefit from the dollar’s slide?

The dollar index has fallen 4.6% over the last year. While the greenback was strong in the first quarter and rose to record highs, rising infections dampened the outlook. The greenback not only pared its gains but fell into the negative territory. It has fallen 7% in the last three months and is on track for the seventh straight consecutive loss.

The near term outlook for the dollar is bearish as the country looks nowhere close to control the spread of the virus.

You can go short the dollar to benefit from the expected slide in the greenback through any of the best online forex brokers. You can also trade in currencies using binary options