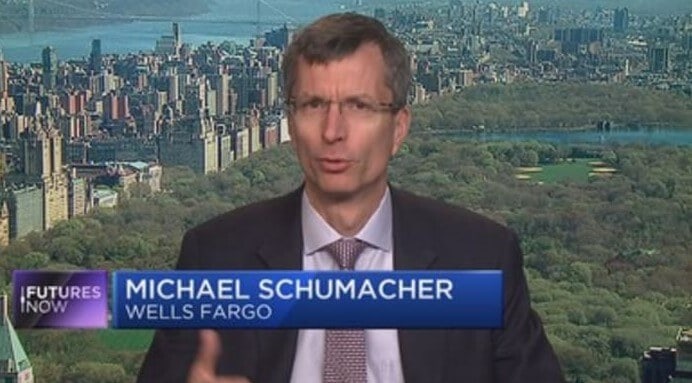 The dollar, which fell to multi-year lows on Monday, is set to crash further as the Federal Reserve keeps the easing taps open, according to Wells Fargo

The US dollar index, that measures the greenback’s value against six major currencies including the euro, pound, and yen is currently at 93.38, not far ahead of its 52-week low of 93.18. The dollar index is down 9.0% from its 52-week highs of 102.99 and is trading at the lowest level since June 2018.

Meanwhile, Wells Fargo expects the US dollar could fall more amid the Federal Reserve’s dovish monetary policy. “The currency market has been very sensitive to this sort of thing while whereas the Treasury market just sits,” Michael Schumacher (pictured), Wells Fargo Securities’ head of macro strategy told CNBC’s Trading Nation.

He added: “The currency markets have been much more influenced, and we think that’ll remain the case for the next few weeks.”

The analyst said: “The dollar could conceivably get a little bit of a bounce. But if you look for, let’s say, a trade for the next four to five months, we think it’s dollar weakness.”

To be sure, Schumacher is not the only analyst warning of a crash in the greenback. In June, US economist and former Morgan Stanley Asia chairman Stephen Roach warned that the US dollar would plunge 35% against other major currencies by the end of 2021. 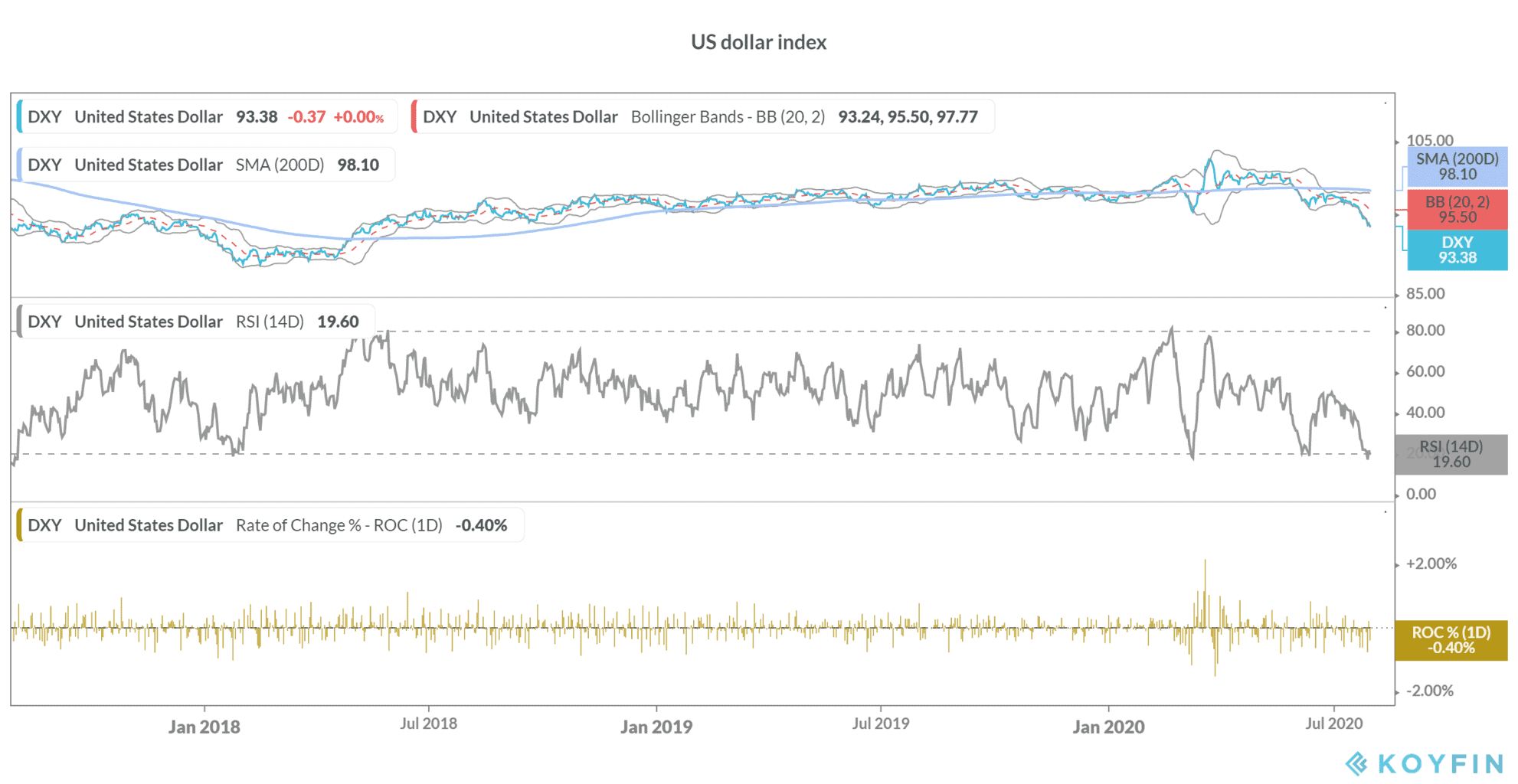 While the US Federal Government’s $3tn stimulus and the Federal Reserve’s unprecedented easing and bond purchased have helped the US economy in the short-term, it comes with an inevitable long-term cost. A weaker dollar is among the casualties of the massive easing and stimulus. While famous investor Warren Buffett applauded the Fed for its swift actions he warned of “consequences” from the massive easing.

US treasury yields have plummeted.

The yields on US treasuries have also slumped and the yield on the benchmark 10-year treasury closed at 0.577% on Wednesday. The 10-year yield on US treasury bonds has been below 1% since March. However, Schumacher expects a breakout. He said: “We’ve had this call for a while. [It] hasn’t worked out yet. It’ll top 1% by the end of the year. I know it seems almost crazy.”

Looking at the technicals, the US dollar looks oversold with a 14-day RSI (Relative Strength Index) of 19.60. RSI value below 30 indicates that a security is oversold while RSI values above 70 indicate overbought levels.

We’ve made a list of some of the best online forex brokers. You can also trade in currencies using binary options.