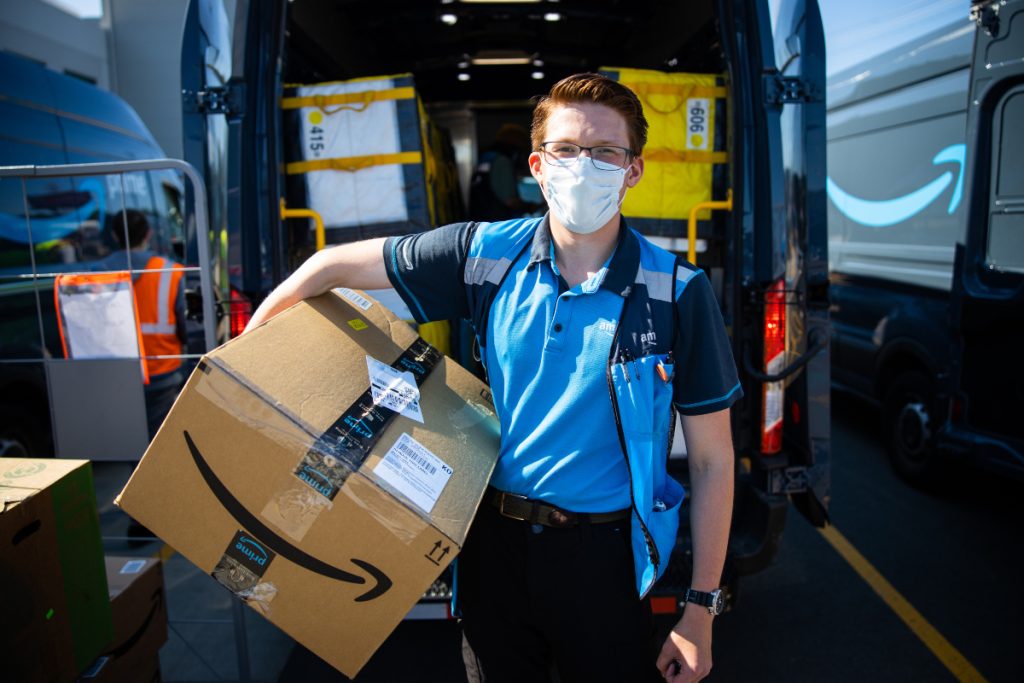 Amazon stock (NYSE: AMZN) is trading sharply lower in premarkets today and looks set to hit a new 52-week low in today’s price action. The company disappointed markets with its Q3 2022 earnings, joining the ranks of other Big Tech companies which spooked markets with their earnings and outlook.

Amazon posted revenues of $127.10 billion in the quarter, a YoY rise of 15%. In constant currency terms, the company’s revenues rose 19% in the quarter. The company returned to double-digit revenue growth after two consecutive quarters of single-digit growth. The revenues nonetheless fell short of the $127.46 billion that analysts were expecting.

Notably, the contribution from third-party sellers has risen on the platform. In Q3 2022, they accounted for 58% of the paid unit sold, which is the highest-ever percentage.

AWS posted revenues of $20.5 billion which was 27% higher than the corresponding quarter last year. AWS sales fell short of the $21.1 billion that analysts were expecting. Notably, Microsoft also provided lower-than-expected guidance for its cloud business during the recent earnings call. While Microsoft beat on both the topline and bottomline, the stock crashed after the earnings release on weak guidance.

Amazon posted an operating income of $2.5 billion in the third quarter of 2022, which was nearly half of what it did in the corresponding quarter last year. As has been the case for the last couple of quarters, the income came from AWS and both the North America and International e-commerce operations posted an operating loss in the quarter.

AWS’s operating profits were below estimates

AWS has been a cash cow for Amazon especially as e-commerce growth has come down. Redburn believes that AWS would be worth $3 trillion in the future and that Amazon would spin it eventually.

Andy Jassy talked about the challenges

Like fellow tech companies, Amazon’s CEO Andy Jassy also talked about macro challenges. He said, “There is obviously a lot happening in the macroeconomic environment, and we’ll balance our investments to be more streamlined without compromising our key long-term, strategic bets.” 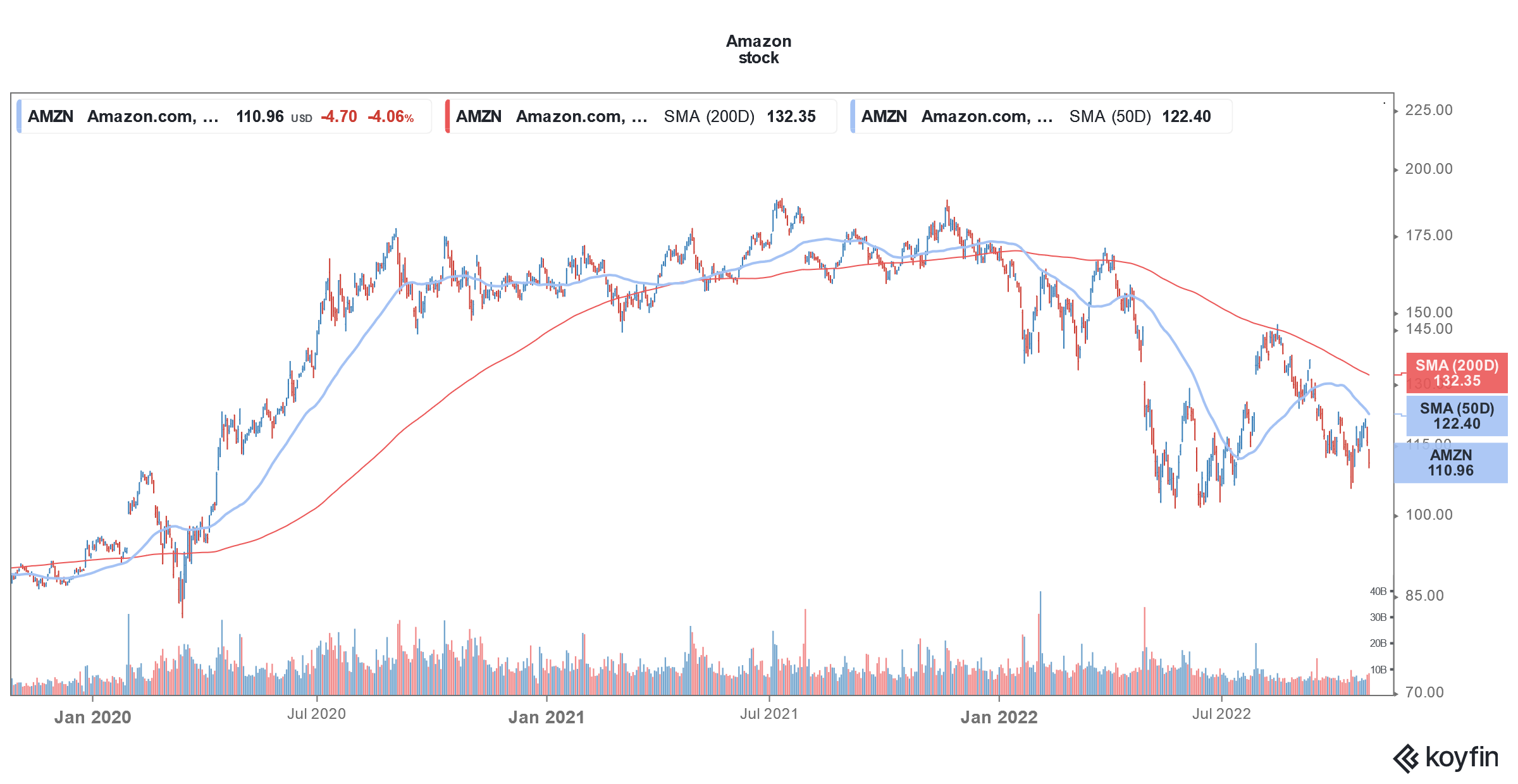 Amazon spooked markets with its guidance

Amazon spooked markets with its guidance. The company expects sales between $140-$148 billion in the fourth quarter of 2022, which implies a YoY growth between 2-8%. The guidance fell short of what analysts were expecting.

Brian Olsavsky, Amazon’s CFO said during the earnings call, “As the third quarter progressed, we saw moderating sales growth across many of our businesses, as well as increased foreign-currency headwinds … and we expect these impacts to persist throughout the fourth quarter.”

Amazon is also circumspect about holiday spending. Olsavsky said, “we’re realistic that there’s various factors weighing on people’s wallets, and we’re not quite sure how strong holiday spending will be versus last year. And we’re ready for a variety of outcomes.”

While the company did not provide revenue guidance for AWS, Olsavsky implied that the growth rate is coming down. He said that AWS’s revenue growth in the back end of the quarter was in the mid-20s, which is below the 28% growth that the business generated in the full quarter.

Firstly, he said that the company’s earnings have fallen. Secondly, he added that Amazon’s inventory has increased which is a drain on cash flows. Notably, retail companies are now saddled with excess inventory as supply chains have improved.

Previously also, Amazon has said that it has built excess capacity which is a drain on productivity. During the earnings call, Olsavsky said, “While we’re making strides in productivity and network optimization, we still have work to do there. So we have to get our cost structure back to pre-pandemic levels in a lot of areas of the company and mostly in operations.”

Gene Munster of Loup Ventures believes markets are overreacting to Amazon earnings. He said that in a normal environment, the stock would have fallen by 5-10%. He however admitted to the deceleration in AWS revenues.

Munster said that he made the mistake of believing that there’s safety in large-cap tech companies. He however said that he “is still a believer in Amazon.” According to Munster, Amazon has a moat in the logistics business which is difficult to replicate. He advised having a long-term view of the stock and said that despite the crash the stock looks expensive.

We’ll get the views of more analysts shortly. Notably, after the Q2 2022 earnings release, analysts across the board raised Amazon’s target prices on better-than-expected guidance. Now, with AMZN providing dismal guidance, it would be interesting to see how brokerages react to the earnings.