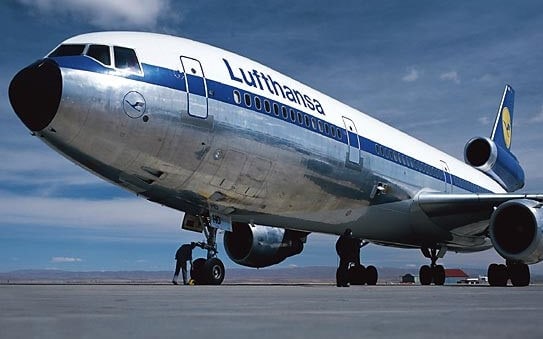 Latin America’s largest air carrier Latam Airlines (NYSE: LTM) filed for bankruptcy, as European giant Lufthansa agreed a €9bn rescue deal with the German government to save it from collapse.

These moves over the last few hours highlight the turmoil the airline industry is going through as a result of the coronavirus pandemic.

Chile’s Latam made a Chapter 11 bankruptcy filing late on Monday in a New York court, saying it intended to keep flying passengers and cargo, subject to travel restrictions and demand, while it restructures. Colombia’s Avianca was the first airline in the region to file for bankruptcy protection on 10 May.

Latam, which was forced to cancel 95% of its flights as the coronavirus pandemic hit Latin America, had only last week announced plans for a gradual recovery of capacity in its 330-strong fleet, targeting growth of 9% in June and 18% in July.

Analysts at JPMorgan estimated in March that Latam, which reported revenues of $10.4bn last year, had only enough cash for four months if all flights stayed grounded.

Germany’s flag-carrier Lufthansa also agreed a deal to keep it afloat with its federal government on Monday.

Berlin will come on board with a 20% stake in Lufthansa along with plans of adding €5.7bn in non-voting capital, which would also give the government a veto power to stop hostile takeover bids. The German government plans to sell its entire stake by the end of 2023.

“The support that we’re preparing here is for a limited period. When the company is fit again, the state will sell its stake and hopefully with a small profit that puts us into a position to finance the many, many requirements which we have to meet now, not only at this company,” said Olaf Scholz German finance minister at a press conference on Monday.

Lockdowns and travel restrictions to stop the spread of the virus has cut flight schedules by more than 90%, grounding planes and threatening tens of thousands of jobs airline workers around the world. Last month, the US passenger carriers including Delta Air lines (NYSE: DAL) and American Airlines (NASDAQ: AAL) have also agreed to government bailout packages against the equity stake as a way forward to avoid bankruptcies.

The stock trading prices of the airline companies have been under pressure over the past couple of months due to travel restrictions and a sluggish outlook. The Dow Jones U.S. Airlines Index is down almost by half this year.

Although the demand for air travel is likely to improve in the coming months, the International Air Transport Association (IATA) forecasts airline passenger revenues to shrink more than 40% in 2020 compared to a year ago and warned that the airline industry could see big layoffs despite bailout packages.

If you are interested in investing in stocks during the downtime, you can checkout our featured stock brokers here.