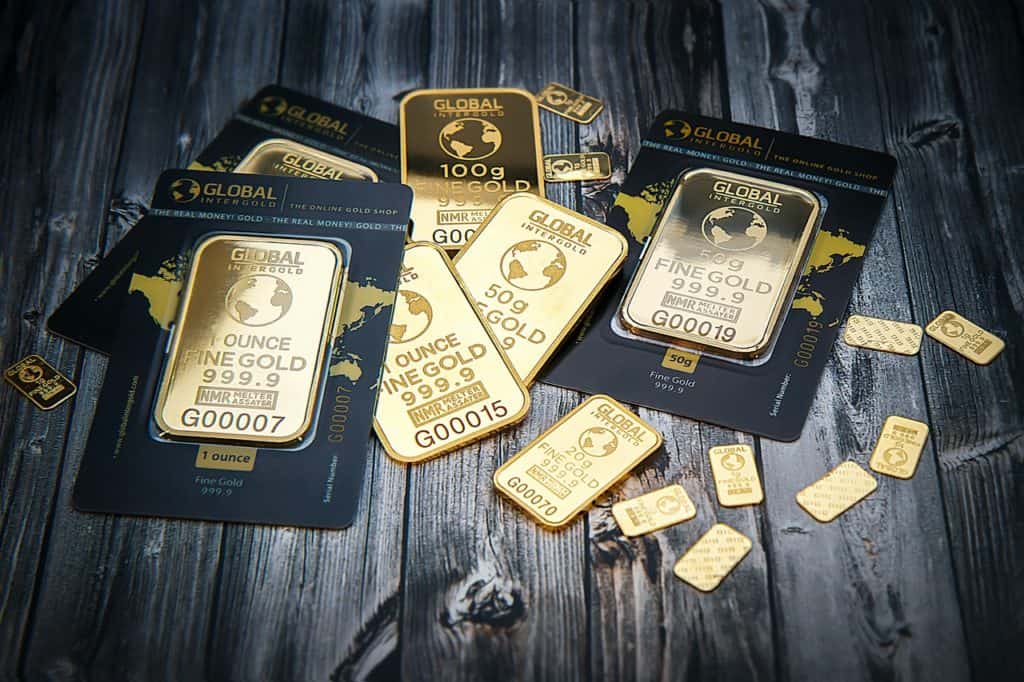 Gold’s strong three-day rally is taking a brief pause today, with the precious metal now eyeing the $1,900 level for the first time since the Pfizer vaccine news hit the market in 9 November.

Comments from Federal Reserve Chairman Jerome Powell on Wednesday have contributed to the latest rally seen by gold, as the head of the central bank said the institution is committed to buy around $120 billion in bonds over the coming months to keep supporting the financial markets as the world recovers from the fallout caused by the pandemic.

These remarks plunged the US dollar – as tracked by Bloomberg’s US Dollar index (DXY) – to a 32-month low while M1 money stock in the US – money that is readily accessible for spending – keeps surging to historical records according to data from the Federal Reserve Bank of St. Louis.

Gold prices have advanced 2.8% since this latest uptick started in 14 December, while they accumulate a 5.7% gain since the price bounced off a lower trend line signaled in a previous article on 30 November.

Meanwhile, the spot price of the yellow metal is down 0.36% today in early commodity trading activity at $1,878 per ounce while Bitcoin (BTC) – another instrument seen as a hedge against the US dollar debasement – is trading 0.36%, currently snapping a 7-day winning streak while hovering close to the $23,000 level.

Gold traders have also been bullish on the yellow metal lately amid the prospect of another round of stimulus coming from the US Congress, with lawmakers now feeling the pressure of the upcoming federal government shutdown due on the day after Christmas, aiming to keep money flowing to the hundreds of thousands of Americans who rely on unemployment benefits and whose situation could be impacted if Congress leaders fail to pass a bill by then.

The most likely agreement at the moment seems to involve a $900 billion stimulus bill, with both parties signaling that they will likely work during the weekend to polish all last-minute details before the bill hits the floor.

Gold prices have bounced strongly off the $1,760 level, finding support at the lower trend line shown in the chart, while the price action seems to be stopping at the 0.382 Fibonacci level today as traders take some profits off the table.

With the Federal Reserve’s highly accommodative monetary policy standing as is for the foreseeable future and with liquidity continuously surging to fresh all-time highs the case for higher gold prices is as strong as it has ever been.

However, Bitcoin’s appeal could be playing against the demand for gold in the financial markets, as there is a growing interest coming from institutional investors on how the cryptocurrency could serve as a better hedge in a world where fiat currencies keep being debased.

Meanwhile, the Fed’s Tuesday Committee Hearing was the last scheduled intervention for Chairman Powell this year, which means that the markets will now trade in absence of the Federal Reserve’s explicit influence until next year.

The next Fibonacci staircase would be crucial for gold bulls, as there is confluence between the 0.5 Fibonacci and the upper trend line shown in the chart.

A strong move above that level could push gold back to its pre-vaccine highs and the rest would be determined based on how traders react to any further signals provided by either lawmakers or the Federal Reserve – along with other natural supply and demand factors usually weighing on the yellow metal’s short-term outlook.