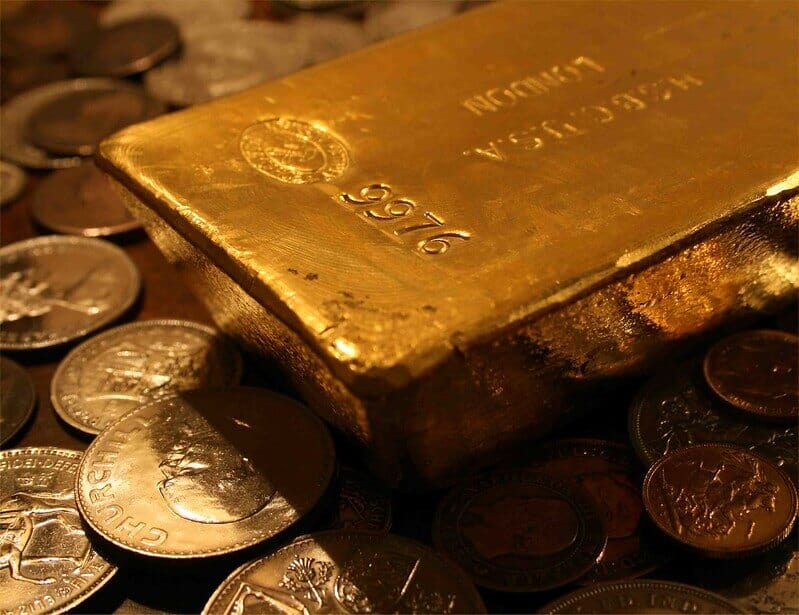 Gold futures sold off yesterday after the release of promising economic data, with initial jobless claims landing nearly 6% below estimates while continuing jobless claims also slowed down more than expected – showing signs that the US economy might have started to recover from the impact of the latest wave of COVID-19.

The price of gold went down as much as 2.2% during yesterday’s commodity trading session, ending the day near its session’s low at $1,793 per ounce – the lowest level for the precious metal in more than two months.

Meanwhile, gold futures are moving 0.6% higher this morning, trading at $1,804 as bulls attempt to hold the $1,800 psychological support.

A stronger dollar contributed to yesterday’s strong downtick in gold prices, as the greenback – as reflected by Bloomberg’s US dollar index (DXY) – moved 0.4% higher at 91.529.

That said, positive news on the jobs front seems to have been the most important catalyst for the single-day downturn in gold, as the yellow metal sold off right after the release of last week’s report, with initial claims landing at 779,000 – roughly 51,000 less than Wall Street’s estimate of 830K for the period.

Meanwhile, continuing claims kept falling to their lowest level since the pandemic started at 4.59 million – also less than the 4.7 million that economists had forecasted for the week ended on 30 January.

The prospect of a recovering economy is not good news for gold’s ‘weaker-dollar’ trade, as a lower unemployment rate would weigh on the Federal Reserve’s decision to keep printing money to further support the financial system as the country keeps heading out of the virus crisis.

Meanwhile, the continuous rollout of COVID-19 vaccines in the United States – at a pace of around 1.2 million doses administered per day according to data from the Centers for Disease Control and Prevention (CDC) – continues to weigh on the short-term outlook for gold, although the inflation trade should keep supporting higher gold prices for a while.

What’s next for gold futures?

Yesterday’s downtick could be sending a critical bearish signal about the precious metal’s short-term performance as gold has lost a key support after falling below the $1,820 level.

At this point, the trend continues to be heading downwards, with the price retreating strongly off its early-August all-time high, while also continuing its path down after forming what appears to be a double top at the $1,960 level as shown in the chart.

If the US dollar continues to move higher in the following weeks and more positive economic data keeps coming in, chances are that the weight of these two variables along with an unstoppable rollout of vaccines across the United States could end up plunging the precious metal to levels not seen since June last year.

This view is reinforced by the negative momentum in the price trend – highlighted by the RSI and the MACD – with the latter already sending a sell signal as it submerges into negative territory.

Meanwhile, this is the second time the RSI plunges to oversold levels in just two months, which indicates that the price trend continues to be overly bearish for gold at the moment.

If a move below the $1,760 support shown in the chart were to happen, the sell-off could accelerate, with gold possibly finding support at $1,640 – a target that represents a 9% slide from where the price is right now.