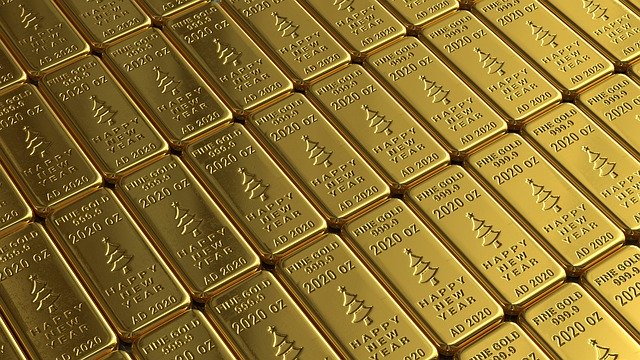 The price of gold is advancing for a third day as US Treasury yields retreat following the release of consumer price index (CPI) data in the US yesterday. Meanwhile, President Joe Biden is expected to sign the latest $1.9 trillion relief bill approved by the Senate on Friday.

This three-day surge seen by the yellow metal coincides with a three-day drop in the value of the US dollar, as the greenback – as tracked by Bloomberg’s US dollar index – has slipped 0.8% from 92.31 on Monday to 91.56 today in early forex trading action.

Meanwhile, the price of gold has bounced from a 9-month low of $1,683 seen on Monday to $1,733 during early commodity trading activity today, marking the beginning of what could be a potential reversal in the price of the precious metal as inflation seems to be picking up its pace.

CPI data from the US Bureau of Labor Statistics revealed yesterday that prices advanced 1.7% during the 12-month period ended on February 2021, primarily due to an uptick in energy prices as oil has surged to pre-pandemic levels already.

This figure was 0.3% higher than the 1.4% reported by the Bureau by the end of January 2021, yet it came in line with analysts’ expectations for the period, which could explain why US Treasury yields are slipping this morning with the yield of 10-year notes trading below 1.5% for the first time in nearly a week at 1.479% during intraday bond trading action.

So far today, the price of the precious metal is surging 0.4% at $1,732 per ounce, effectively booking a 3% gain in three days while bouncing off a key support.

The approval of another round of stimulus for the US economy last Saturday seems to have prompted a U-turn in the price of gold, possibly as market participants expect that this ultra-accommodative monetary policy adopted by both the government and the Federal Reserve could result in a spike in inflation rates in the following months.

Although yesterday’s CPI numbers didn’t show a strong pick up in inflation rates, this has been the highest year-on-year reading since the pandemic started.

Those supporting the so-called “inflation trade” claim that once the economy starts to pick up on the back of vaccinations, those trillions of dollars of artificial liquidity injected into the economy can end up triggering a strong surge in inflation rates – which would support higher gold prices.

That said, from a technical standpoint, this could just be a temporary breather for gold, as both the RSI and the MACD were neck-deep into oversold territory.

For now, gold seems to be tagging a key trend line resistance today. Overcoming this particular threshold can confirm if this is a true reversal.

Meanwhile, if the price action were to head down from here, chances are that the downtrend could resume – possibly as investors continue to favor riskier assets now that equities seem to be recovering from their latest downtick.