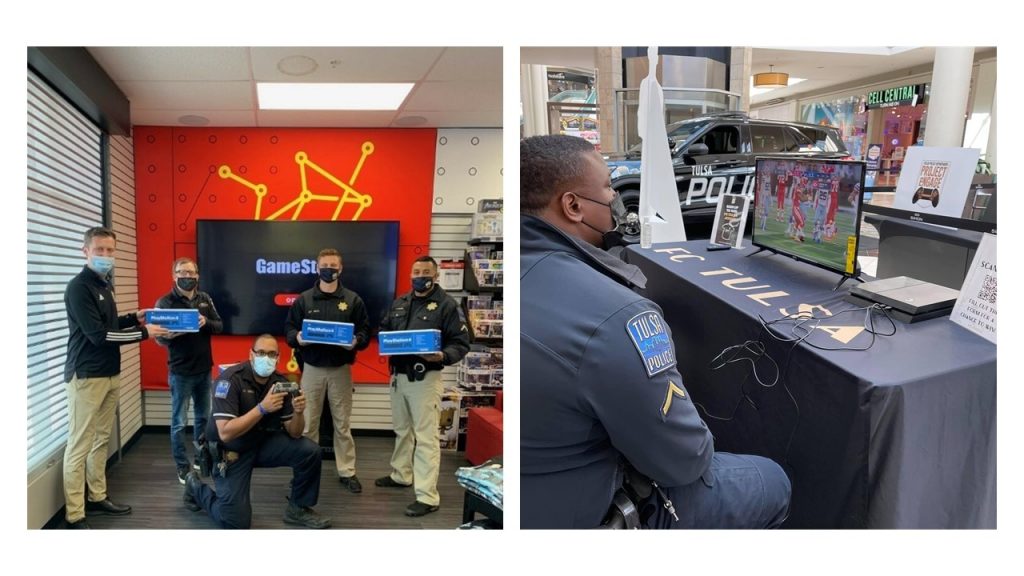 GameStop stock rose 18% yesterday and ended a seven-day losing streak after the company said that it would retire some of the debt early.

GameStop would redeem $216.4 million in the principal amount of its senior notes that are due in 2023. Analysts sound supportive of the company’s intent to lower its debt and strengthen its balance sheet.

“Debt retirement is what they should have focused on in the first place,” said Wedbush analyst Michael Pachter. He added, “That puts them in a very secure financial position.”

Capitalizing on the surge in its stock price, GameStop has issued shares and raised cash to strengthen its balance sheet.  Earlier this month, the company said that it would issue another 3.5 million shares and it “intends to use the net proceeds from any sales of its Common Stock under the ATM (at-the-money) Offering to further accelerate its transformation as well as for general corporate purposes and further strengthening its balance sheet.”

Meanwhile, the company did not disclose the timing and pricing of the share issuance. The stock had plummeted after GameStop announced the share sale as markets saw it as dilution. But then, many other meme stocks including AMC Entertainment and Zomedica have raised cash by selling shares in 2021 in an apparent bid to capitalize on the rally in their stock prices.

AMC Entertainment is raising more cash by selling shares as it is still battling massive cash burn every month even as the theatres have reopened in the US.

Meanwhile, Ryan Cohen has been taking an active role in GameStop after he won three board seats earlier this year. In March, GameStop announced that it has formed a Strategic Planning and Capital Allocation Committee with Cohen as the chairperson. The Committee’s job is “to identify initiatives that can further accelerate the Company’s transformation.”

The Committee appointed a Chief Technology Officer and appointed two executives to look after the customer care and e-commerce fulfillment functions. Next, it would look at a new CFO for GameStop and markets are anticipating that the next CFO would have a tech background. The company’s CFO Jim Bell resigned last month and Cohen was seen instrumental in his exit.

Ryan Cohen is working on a turnaround at GameStop

According to the company “The Committee will continue to focus on identifying actions that can transform GameStop into a technology business and help create enduring value for stockholders. It is responsible for evaluating areas that include GameStop’s current operational objectives, capital structure and allocation priorities, digital capabilities, organizational footprint, and personnel.”

Cohen, who owns a 12.9% stake in GameStop through his RC Ventures, is set to become the company’s next chairman after the company’s annual meeting in June. Kathy Vrabeck, GameStop’s current chairman is not standing for re-election.

GameStop is also looking for a new CEO to replace the incumbent George Sherman. In a filing, GameStop said that Sherman has forfeited over 587,000 shares worth over $98 million as he failed to meet business targets.

GameStop management continues to see eCommerce as a key value driver. “As we look ahead, we are excited by the opportunities that are in front of us as we begin prioritizing long-term digital and E-Commerce initiatives while continuing to execute on our core business during this emerging console cycle,” said Sherman during the earnings release.

The company is appointing executives with a tech background

It also announced the appointment of Jenna Owens as its new chief operating officer. She has previously worked with tech giants like Amazon and Alphabet. The move is seen in the light of GameStop trying to project itself as a tech company. “We believe Jenna’s extensive career in technology-led organizations, such as Amazon and Google, are another important addition to our leadership team and our future transformation initiatives,” said the company in its release.

GameStop is working to increase its target market

GameStop is also working to increase its target market and enhance its value proposition from a gaming retailer. “We are continuing the work to expand our addressable market by growing GameStop’s product catalog. This includes growing our product offerings across PC gaming, computers, monitors, game tables, mobile gaming and gaming TVs, to name only a few,” said the company in its earnings call.

It expects its target market to rise five-fold with the changes. Also, it would help reduce the cyclicity in its business by ending its reliance on console launches.

GameStop stock has been very volatile

GameStop stock has been very volatile in 2021. The stock hit a 52-week high of $483 but soon plunged over 92% from those levels as investors questioned the soaring valuations for the gaming retailer.

It has since bounced back and is up 783% so far in 2021. The stock was trading slightly lower in US premarket trading today.