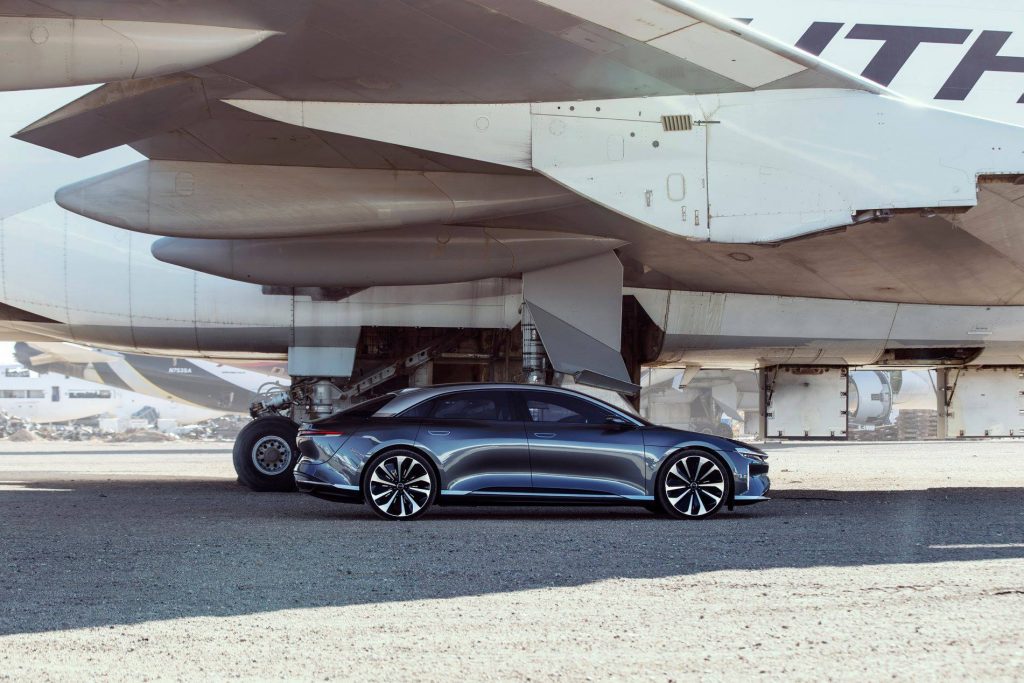 EV (electric vehicle) company Lucid Motors was rumored to go public through a reverse merger with Churchill Capital Corp. IV (CCIV). However, it does not look like a firm deal.

SPACs (special purpose acquisition company) has been the preferred listing mode for loss-making startup companies over the last year. Several companies in the electric vehicle ecosystem that includes Nikola, Fisker, Canoo, Lordstown Motors, and QuantumScape listed through the SPAC route in 2020. CCIV was the latest SPAC to join the EV bandwagon and was reportedly looking to acquire Lucid Motors.

SPACs are also known as blank cheque companies. They don’t have any real operations of their own and are formed with the intention of acquiring a private company and take it public. The SPAC mania also attracted private equity giant SoftBank and it also formed a SPAC to acquire a tech company.

What happened to the CCIV-Lucid Motors merger

Michael Klein is the Chairman and CEO of CCIV. He has previously completed reverse mergers with Clarivate, MultiPlan, Skillsoft, and Global Knowledge. A Wharton graduate, Klein was chairman of Citi Markets and Banking before he founded CCIV.

Lucid Motors is a luxury electric car maker led by a former Tesla employee Peter Rawlinson. There has been a wave of new listings in the EV industry over the last year through both SPACs and traditional listings and Lucid Motors is also trying to capitalize on the unending investor appetite for electric vehicle stocks.

EV SPACs came off their 2020 highs

EV SPACs had a nice run in 2020 but saw selling pressure in December. There were clear signs of a bubble with the market capitalization of battery maker QuantumScape soaring over that of Ford Motors. Last year, Nikola, which does not have any real current revenues to show, also saw its market capitalization rise above that of Ford. Since then, Nikola, which also listed in 2020 through the merger with a SPAC has fallen sharply. 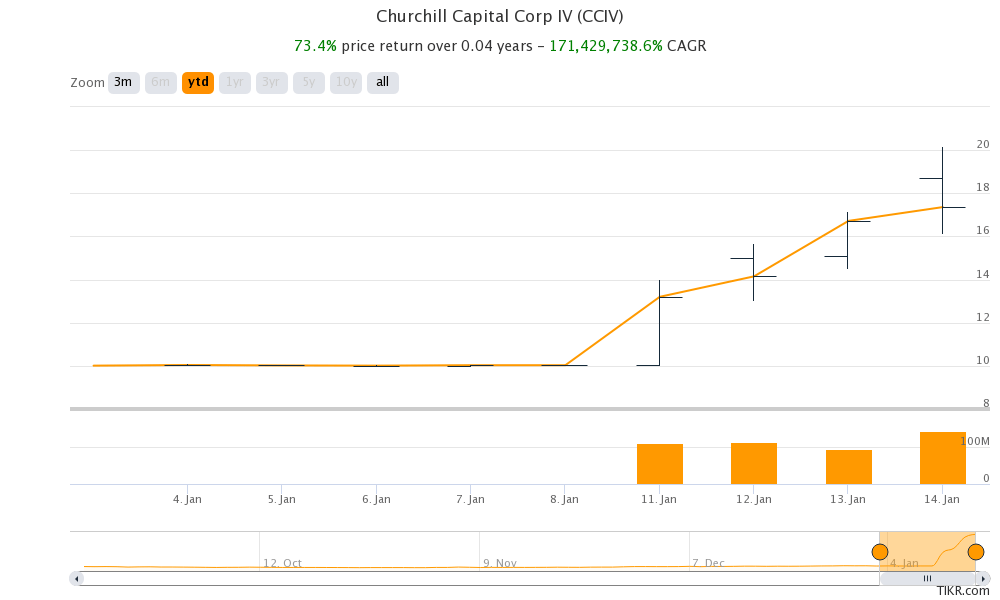 There is no certainty over the CCIV-Lucid Motors merger. However, if the merger happens, Lucid Motors could be among the EV stocks to watch in 2021. It plans to begin deliveries later this year. The valuations of EV stocks are reaching astronomical levels and Tesla’s market capitalization has crossed above $800 billion. Many analysts see Tesla as the next trillion-dollar company.

The sharp rise in Tesla stock has already made its CEO Elon Musk the world’s richest person ahead of Amazon’s CEO Jeff Bezos. NIO’s market capitalization is now approaching $100 billion and it is valued more than General Motors. Looking at the euphoria towards EV stocks, Lucid Motors could also see strong investor interest if it decides to go public through the reverse merge with CCIV.

With Joe Biden set to become the 46th US president and Democrats having a majority in both the US House and the Senate, green energy and EV stocks could continue to remain in the limelight.

President-elect Joe Biden has vowed to join back the Paris Climate Deal from which Trump withdrew. According to a statement made during the presidential election race, the Biden campaign vowed that he “will take actions including requiring aggressive methane pollution limits for new and existing oil and gas operations; developing rigorous new fuel economy standards aimed at ensuring 100% of new sales for light- and medium-duty vehicles will be zero emissions.”

There has been a broad-based rally in all green energy stocks ranging from EV producers, solar energy companies, and fuel cell companies since Biden’s election and the rally only strengthened after Democrats took control of the Senate in January.

Coming back to CCIV, it fell from an intraday high of $20.14 on Thursday and closed at $17.36. The stock was trading almost flat in US pre-market trading today.

How to buy CCIV stock?

You can invest in CCIV stock through any of the reputed online stockbrokers. An alternative approach to investing in the green energy ecosystem could be to invest in ETFs that invest in electric vehicle producers.

Through a clean energy ETF, you can diversify your risks across many companies instead of just investing in a few companies.

You may also choose from ETFs that invest in IPOs of newly listed companies. The Renaissance IPO ETF has outperformed the S&P 500 by a wide margin since the beginning of 2020 reflecting the strong performance of IPOs.