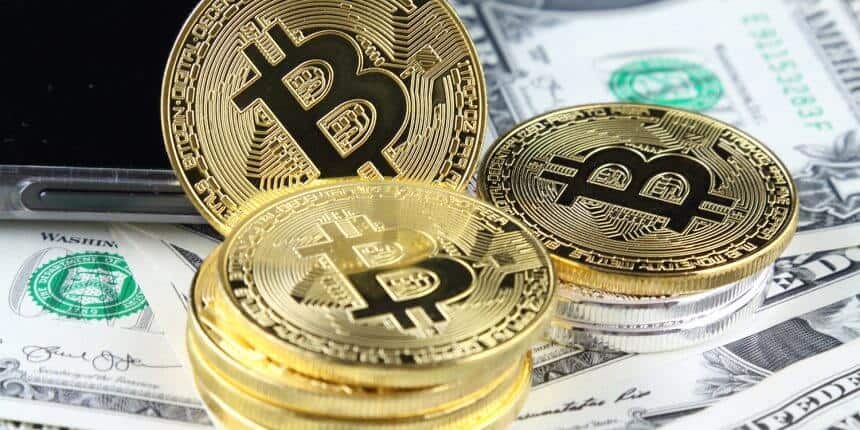 Bitcoin is dropping sharply today in early cryptocurrency trading activity after seeing four consecutive weeks of big gains that ended up pushing its value above the $40,000 level for the first time in its history.

The price of BTC is sliding for a third day, dropping 8.3% so far at $35,054 per coin, following another strong downtick seen yesterday when the cryptocurrency ended up trimming an early 14.7% loss to close the session with a less severe 5% retreat.

Meanwhile, the price has also bounced off this morning’s lows, as BTC lost as much as 15% of its value earlier in the session at $32,330 but then bounced back to nearly $35,000.

Other cryptocurrencies including Ethereum and Litecoin are seeing similar losses this morning, with ETH dropping nearly 14% while Litecoin is down 16.5% as traders continue to take profits from the latest market-wide upward push.

According to cryptocurrency data provider Datamish, nearly $100 million in Bitcoin (BTC) – approximately 2,850 coins – have been liquidated by investors with long positions in the past two days as market players could be perceiving the $40,000 mark as a plausible short-term top for the cryptocurrency.

That said, the number of short positions has not yet climbed in response to the three-day downtick, which indicates that traders are not yet believing that this will be a long-lived downturn.

Bitcoin’s latest slide started only a day after the coin surpassed our recent short-term target, as the cryptocurrency reached a 38% extension over its 20-day moving average while it stepped out nearly 2% out of its upper Bollinger band.

Meanwhile, other indicators such as the RSI and the MACD were also flashing strong warning signals as BTC’s momentum seems to have gone too far too fast amid increased interest from both retail and institutional investors.

At this point, the fact that BTC short sellers are not yet ramping up their positions indicates that this was a widely-expected pullback, while the price has bounced strongly off its lows during the past two sessions after experiencing sharp double-digit corrections.

This bullish response to these two last dips is perhaps the most encouraging signal for those holding on to their long positions, as a healthy pullback could help in bringing a new wave of fresh capital towards the cryptocurrency.

Meanwhile, on the technical front, the price seems to have bounced off the 0.236 Fibonacci extension level shown in the chart, although it remains submerged below the 0.5 level – an indication that the downtrend may not be over yet.