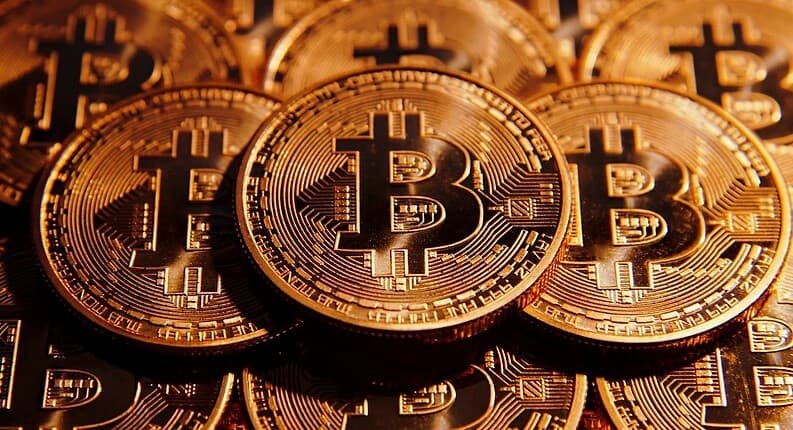 The price of Bitcoin (BTC) is soaring to new highs today after JP Morgan cast a bold $146,000 long-term target for the cryptocurrency, deeming it a strong competitor to gold as an ‘alternative currency’.

BTC moved to $35,000 for the first time in its history during early cryptocurrency trading activity, yet it is settling a bit lower at $34,950 per coin, gaining 2.6% so far in today’s session.

The king of the cryptocurrency realm has kept moving higher for a second day after the 4 January high-volume session in which the price melted down as much as 16% to then trim those losses to as little as 3% as the demand remains seemingly insatiable.

Despite JP Morgan’s bold call on Bitcoin (BTC), the American investment bank emphasized that to achieve this milestone the cryptocurrency has to become a more stable asset class to attract further attention from institutional investors.

Their target is based on the “equalization” of Bitcoin’s market cap to that of gold – as the bank believes that the cryptocurrency has the potential to become a suitable hedge against an ongoing fiat debasement carried out by central banks amid the pandemic.

If that were to happen, Bitcoin’s capitalization would jump to around $2.7 trillion, a total that reflects the amount invested by the private sector into gold. In that scenario, and based on the number of BTC that are already in circulation, JP Morgan strategists anticipate that the price could soar to $146,000 per coin.

The market seems to be responding positively to this bullish outlook for the cryptocurrency as indicated by the latest price action, even though BTC’s short-term indicators remain dramatically overextended.

Bitcoin’s latest rally seems to have started after PayPal – the digital payments giant – launched a feature through which users can easily buy Bitcoin by using the firm’s platform, with this event possibly causing a surge in demand as those on the sidelines saw the opportunity to enter the cryptocurrency market through a more traditional channel rather than using a cryptocurrency exchange.

Meanwhile, institutional investors, insurance companies, and fintech firms have also shown their support to BTC lately, with one notable investment coming from business intelligence firm MicroStrategy, which purchased as much as $650 million in Bitcoin on 21 December as part of the firm’s Treasury Reserve policy.

From a weekly standpoint, we can see how the RSI is about to reach the 100 level, effectively surpassing the reading seen during December 2017 when Bitcoin peaked and crash after failing to move above the $20,000 threshold.

Meanwhile, the MACD is also extended to a territory that is almost twice as high as the reading seen back then.

That said, there is strong fundamental support to the current rally primarily based on the fact that institutional investors are increasingly taking interest in the cryptocurrency amid the prospect of higher inflation rates in the near future.

This positive backdrop is perhaps the most important driver for Bitcoin at the moment and any change to that narrative could end up plunging the value of the cryptocurrency in short notice.

For now, if the rally were to continue, a first short-term target could be set at $38,800 based on BTC’s latest uptrend, providing a potential 11% upside if that target is hit.

Meanwhile, the daily chart shows how the upper boundary of Bitcoin’s former parabolic trend served as support during the 4 January downtick, which reinforces the view that a new bullish phase could be about to start. This would make any short-term breather a plausible opportunity to enter a long position.