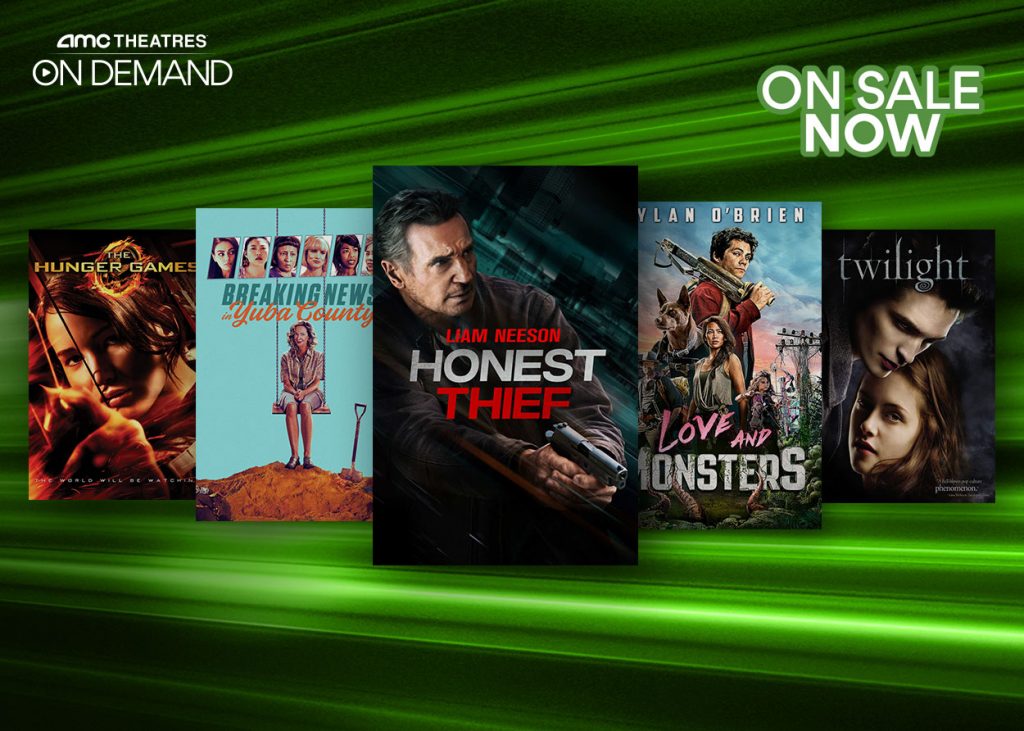 AMC Entertainment stock has been very volatile in 2021. Along with the usual volatility that we’re seeing in reopening stocks, the pumping from Reddit group WallStreetBets and the subsequent short squeeze is also fuelling the rally.

AMC along with stocks like GameStop and Naked Brand stock are the typical meme stocks where a bunch of retail traders has led the short squeeze against the big Wall Street hedge funds.

Melvin Capital has been the poster boy for the short squeeze and the hedge fund lost 50% in January on its painful short on GameStop stock. While it reportedly recovered sharply in February, short-sellers seem to be having a tough time again at least in meme stocks.

AMC stock has now closed with gains for five trading sessions. The stock gained 13% yesterday and was up 5% in US premarket trading today also. Many have pointed to a “bullish” note from Wedbush Securities. Wedbush analyst Michael Pachter doubled its price target to $5 while maintaining the neutral rating.

While one may see that as a bullish note, Pachter’s target prices are half of what AMC currently trades at. He also said it is “tough to get positive here, despite rising industry optimism.” 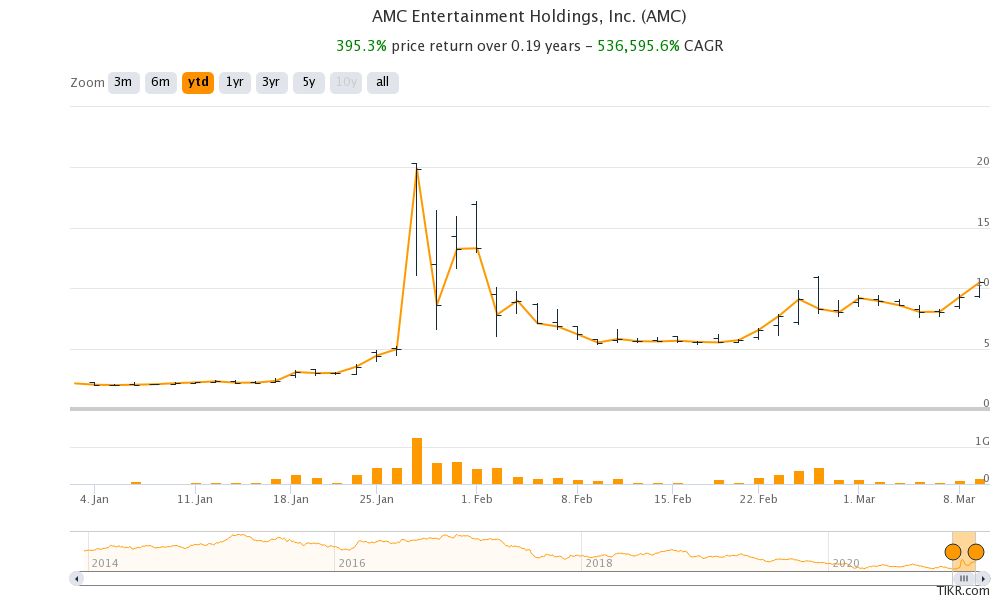 Cinema chains are among the most prominent themes in the reopening story. Cinema chains globally were closed for a large duration in 2020 and are still not open in many jurisdictions. However, things are surely changing and cinemas are gradually reopening across the globe.

Last week, cinemas in New York opened after Governor Andrew Cuomo allowed them to reopen with safety measures to prevent the spread of the COVID-19 pandemic. More jurisdictions globally would take a favorable view of reopening cinemas as COVID-19 vaccination gains pace.

How AMC survived the pandemic?

The COVID-19 pandemic was an almost death kneel for cinema chains like AMC and Cineworld. Many wondered whether these companies would be able to survive given their massive cash burn. However, AMC raised over $2 billion of cash over the last year in a bid to strengthen its balance sheet. This includes stock issuance as well as debt offering. Earlier this year, AMC raised cash by selling shares at an average price of $3.07 per share which is less than a third of its current price.

Meanwhile, while these capital raises helped AMC survive the short-term pain and avert a bankruptcy, they also come with long-term costs. The debt that the company has raised has to be repaid. This also includes the interest portion that has to be regularly serviced.

Also, after issuing shares generously over the last year, AMC will see a massive earnings dilution once it starts posting profits again. To add to the woes, there is the growing penetration of streaming which looks a long-term headwind for cinema chains.

Movie viewing is moving online and cinema chains are facing a threat from streaming services. While there were movie releases on Amazon and Netflix, movie production houses are also releasing their movies on their streaming platforms.

Disney released its widely awaited title Mulan online in 2020 and has since been releasing movies on its streaming platform Disney+. Disney sees streaming as its future and last year restructured its business to put streaming at the center.

There has been a lot of heartburn among cinema chains as movie production houses are simultaneously releasing their movies on the streaming platform. Cineworld gave a miss to “Raya and the Last Dragon.” While the animated movie screened in 2,045 cinemas across North America it grossed only $8.6 million.

With fears of contracting the coronavirus, consumers now also have the optionality to watch new movies online. This is a long-term challenge for cinema chains as the trend of streaming movies alongside cinema releases might continue even after the pandemic.

According to the estimates compiled by CNN Business, AMC has a median price target of $2 which is an 81% downside over current prices. Its lowest price target of $1 represents a 90% downside and even the highest price target of $5.5 is 48% below current stock prices. Of the eight analysts covering the stock, four have rated it as a hold while the remaining four rate it as a sell. None of the analysts has a buy rating on the stock.

Wall Street is bearish on AMC stock for obvious reasons most of which we discussed above. Furthermore, after the surge, AMC’s valuations also look elevated. The stock trades at an NTM enterprise value to sales multiple of 9.6x which looks quite high given the headwinds and uncertainties.

There is a bullish argument for cinema chains that argues that streaming cannot replace movie going which is an experience in itself. That said, cinema chains would have to raise their game and offer an even better experience as they take on the mighty streaming giants to grab a share of consumers’ time as well as wallet share.