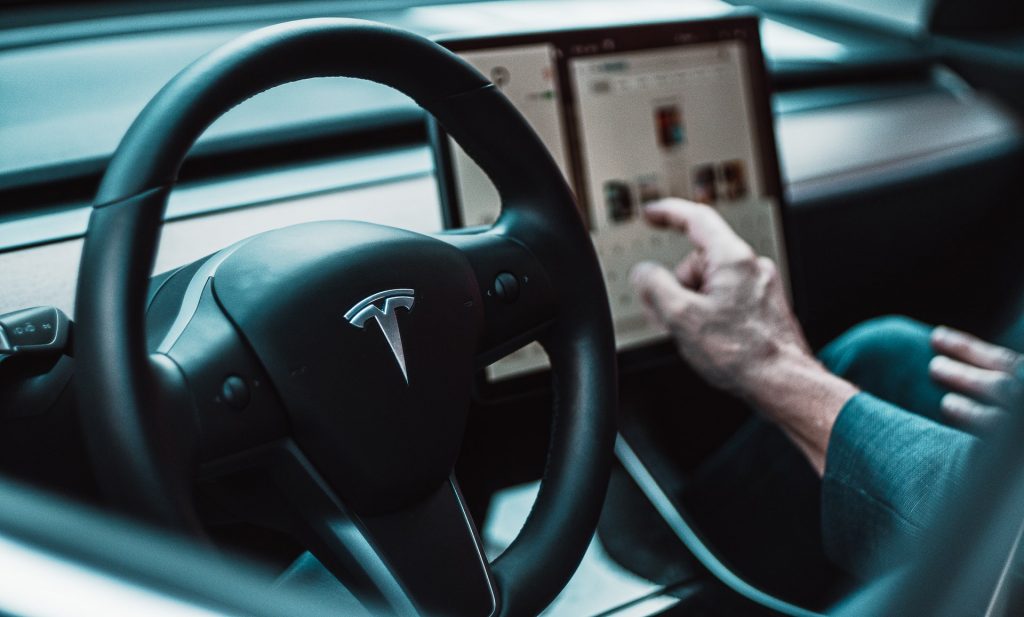 Earlier this week, Tesla announced a $1.5 billion investment into bitcoins. The announcement catapulted both Tesla and bitcoin to a record high. However, Tesla has since come off its 52-week highs? What’s making markets apprehensive about the company now?

Tesla not only announced an investment into bitcoins but also said that it would soon start accepting bitcoins as a medium of payment. “In January 2021, we updated our investment policy to provide us with more flexibility to further diversify and maximize returns on our cash that is not required to maintain adequate operating liquidity,” said the company in its release.

Tesla has come off its 52-week highs

Tesla hit a record high of $900.40 earlier this week. However, it fell over 5% yesterday and closed at $804.82, down over 11% from its 52-week highs. The stock is now in a correction zone after having fallen more than 10% from its recent highs. It has gone through multiple corrections over the last year amid the heightened volatility in its stock.

Why are markets apprehensive about Tesla’s investment in bitcoin?

The initial reaction from markets was euphoric when Tesla announced the investment into bitcoins. However, as the markets digested the news investors got apprehensive. Firstly, Tesla investing in bitcoins is a sign that it ended up raising more capital in 2020 than what it actually needs. Notably, Tesla is now a free cash flow positive company with negative net debt.

It generated free cash flows in 2020 despite investing in its plants. Yet, the Elon Musk run company raised $13 billion from investors through share sale in an apparent bid to capitalize on the surge in its stock. 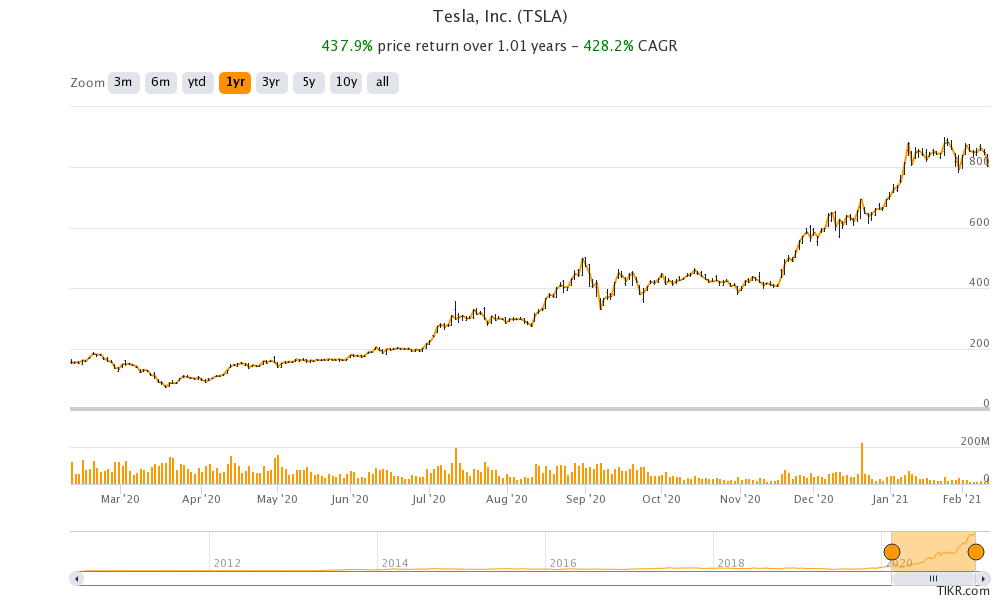 Bitcoin adds to the risk profile

Bitcoins are very volatile and investing in them would only add to Tesla’s risk profile. “It will add volatility to the stock due to exposure to bitcoin,” said King Lip, chief strategist at Baker Avenue Wealth Management. “This is better for bitcoin than it is for Tesla,” added Lip whose company has been holding the company’s shares since 2015.

Some others continue to be bullish

Meanwhile, as has always been the case with Tesla, a section of markets see the company’s investment into bitcoins as a smart move. Brett Winton, ARK Invest’s director of research, said the electric vehicle maker’s bitcoin investment was an “appropriate use of cash.” He added, “We are comfortable with the way in which we are forecasting the positions we are putting our clients in front of,”

Kimbal Musk,  Elon Musk’s younger brother, and a Tesla board member has sold $25.6 million worth of Tesla shares. Also, the insider selling in the company’s shares is set to beat the previous peak in 2013. Insiders selling shares is seen as a sign of pessimism.

Meanwhile, Vanguard has become the third largest shareholder in Tesla after the company was added to the S&P 500. Vanguard runs many passive funds and had to buy the shares after it was included in the S&P 500. Tesla was the biggest company ever to be added to the prestigious and the world’s most popular index.

The S&P 500 Index Committee was contemplating adding the stock in more than one tranche considering its mammoth size. However, it decided to add the stock in a single tranche that led to a rally in Tesla stock. Eventually, the stock ended 2020 with gains of 740%. While the stock has been volatile in 2021, it is still up 14.1% for the year.

Risks of investing in bitcoin

In its filings, Tesla too admitted to the risks associated with investing in cryptocurrencies. “As intangible assets without centralized issuers or governing bodies, digital assets have been, and may in the future be, subject to security breaches, cyberattacks, or other malicious activities, as well as human errors or computer malfunctions that may result in the loss or destruction of private keys needed to access such assets,” said the company in its release.

Watch out for Tesla fundamentals

Meanwhile, given Tesla’s size, the bitcoin investment is less than 2% of its market capitalization. In the medium to long term, investors should focus on growth and valuation. “[W]e do not want the bitcoin mania to overshadow the underlying EV hyper growth story taking place at Tesla. Herein lies the fundamental driver of the stock’s value,” said Wedbush analyst Dan Ives who has been bullish on most electric vehicle stocks.

Meanwhile, while Tesla expects its deliveries to rise over 50% annually for the next few years, the valuation multiples seem to already factor that. But then, given the massive appetite that retail investors have for the electric vehicle maker, they might use the current correction as a buying opportunity.

You can trade in Tesla and other electric vehicle stocks through any of the reputed online stockbrokers. Alternatively, if you wish to trade derivatives, we also have reviewed a list of derivative brokers you can consider.