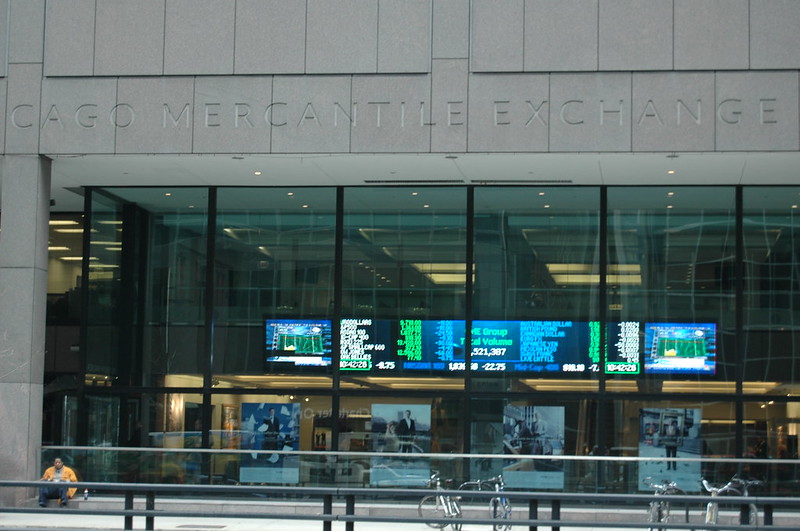 US stock futures are trading slightly higher this morning on Memorial Day following the release of China’s manufacturing Purchasing Manager’s Index (PMI) while most participants will be eyeing some important events this week including today’s inflation data readings, Tuesday’s OPEC+ meeting, and Friday’s employment data release.

Last week, major US stock indexes finished mixed, with the Nasdaq 100 leading the scoreboard with a 2.2% gain – its best weekly performance since early April – while both the S&P 500 and the Dow Jones Industrial Average finished the same period unchanged.

However, the tech-heavy Nasdaq finished the month with a slight 1% retreat while the Dow Jones posted a strong 2.1% advance. During the same period, the S&P 500 reported gains of 0.7%.

This Monday, both the stock and bond market will remain closed in observance of Memorial Day while the futures market will be seeing a shorter session ending at 1:00 PM.

Key data releases for the week include inflation readings from Germany, Spain, and Italy to be published this morning while inflation data for the Eurozone will come in tomorrow along with the ISM Manufacturing PMI for the United States.

Moreover, the Organization of the Petroleum Exporting Countries (OPEC) and its closest allies – also known as OPEC+ – will be convening on Tuesday as well to discuss policy and react to the latest developments in the oil market including the potential reintroduction of Iran’s crude output to the global market as the country continues to discuss a deal with the United States to remove its long-dated sanctions.

The reaction of the cartel to the Iranian situation will possibly set the tone for the commodity for the rest of the week even though analysts expect that demand should continue to outpace supply for the third and fourth quarter of the year on the back of a strong post-pandemic recovery.

Finally, the markets will dissect Friday’s labor market report for the US, with non-farm payrolls and hourly rates in sight as the data could provide more indications about the pace of the recovery in the country along with shaping the inflation narrative in case wages start to accelerate.

Dozens of companies have been offering higher hourly rates in the North American country lately to entice Americans to apply for jobs with economists highlighting that stimulus checks and unemployment benefits may be discouraging people from considering going back to work.

According to data from Koyfin, the unemployment rate is expected to land at 5.9% in April – a figure that is 20 basis points lower than last month’s reading. Meanwhile, the market is expecting that a total of 650,000 jobs were created last month, with 600,000 of those positions coming from the private sector.

Last month, employment data came far below estimates as unemployment rose to 6.1% or 20 basis points higher than analysts’ forecast for the period.

The S&P 500 index has been trading a bit range-bound since mid-April as the markets struggle to find direction amid inflation concerns and weakness in the performance of the tech sector.

That said, the tech-heavy Nasdaq 100 bounced strongly off the 12,955 level this past month, forming a bullish double-bottom setup that pushed the index to its current levels. Indicators for the Nasdaq at the moment are somehow mixed, as the MACD oscillator sent a buy signal last week almost at the same time that the index’s short-term moving averages posted a death cross.

As data keeps being rolled out during the week, it will become clearer for traders which of the two price action indicators is more accurately predicting the direction that the market is taking.

At this point, the key support to watch for this index will be the 20-day simple moving average as a drop below that line could result in a low-single-digit loss for the benchmark by the end of the week.