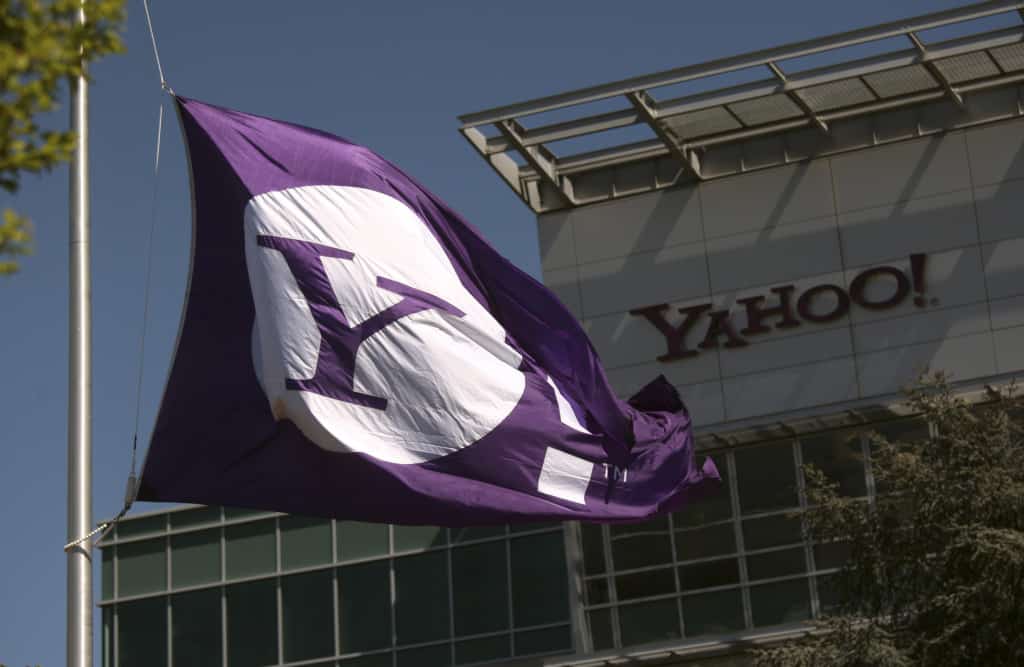 Yahoo! Inc. could see its stock surge nearly 35% to $40 per share if the firm decides to offload its core internet business on growing investor pressure, writes Andrew Bary in Barron’s. The move may also lead to Yahoo! Inc. selling its other two key assets- a $26bn stake in Alibaba Group Holding  Ltd and an $8bn interest in Yahoo Japan. Yahoo! Inc.  shares, which were trading at $29.14 Friday’s close (January 15), look attractive as the firm’s estimated asset value is nearly $48 per share.

‘We think a sale of the core business is the most likely outcome. Investors are telling us that the current strategy under the CEO isn’t working, and that it’s time for an alternative. They’d rather see a sale than wait a year for the spinoff to be done,’ says Robert Peck, an analyst with Suntrust Robinson Humphrey in New York. According to Peck, Yahoo’s core business could be sold for about $7bn, which comes to around $5bn after taxes. After that, the firm could pay dividends of about $11 per share to its shareholders from the sale proceeds and its net cash of $5.6bn.

The California-based technology firm had in January 2015 announced it would spin-off its stake in Alibaba. However, the proposal was scrapped in December as the IRS turned down its request for the transaction to be tax-free. ‘It was clear that it was causing a certain amount of market uncertainty. Audits and challenges can be raised over five to seven years,’ said CEO Marissa Mayer on the decision.

Yahoo then announced plans to spin off its core business, along with its stake in Yahoo! Japan to leave only Alibaba stock within the company. The move drew criticism from activist shareholder Starboard Value, which has threatened a proxy fight against Yahoo! . In a letter to the firm’s board of directors on November 18, Starboard had urged the firm to sell its struggling internet business, stating that ‘significant changes are desperately needed. This would include changes in management, changes in board composition, and changes in strategy and execution.’

Marissa Mayer, who is now in her 4th year as CEO of Yahoo, has failed in effecting a quick turnaround for the firm. The high-profile celebrity CEO has faced flak from shareholders who are getting increasingly frustrated as revenue has dropped 10%, pretax cash flow is off more than 40% and more than a third of the workforce has left the firm. A Glassdoor survey of 2,200 Yahoo! Inc employees has revealed that only 34% believe in a positive outlook for the company, reports New York Times. According to consultants, Yahoo has worsened under Mayer since she took charge of the company in 2012. Mobile and video revenues have been low, advertisers have not shown sufficient interest and investments such as the  $1.1bn acquisition of Tumblr- deemed overpriced by investors- have not yielded any returns.

A New York Post report suggests that Mayer intends to spend another $3bn to boost Yahoo! Inc (NASDAQ:YHOO) struggling web content portfolio, a move certain to upset already disgruntled investors. However, mounting investor concerns may finally compel the firm to sell its core internet business, which is likely to attract strong interest due to its 1bn monthly users and $800mn projected cash flow in 2016. Potential buyers include Verizon Communications Inc. (NYSE:VZ), which acquired AOL last year for $4.4bn. In the event of a takeover by Verizon, Mayer is likely to be removed as CEO with AOL chief Tim Armstrong expected to head joint operations of Yahoo! and AOL.