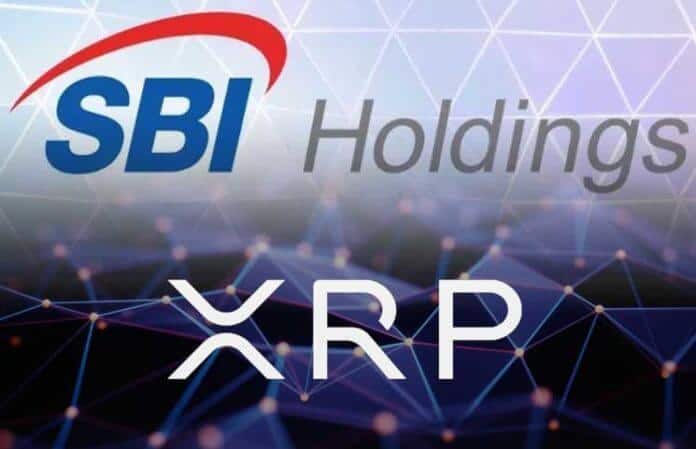 XRP has been hitting the airwaves with a slew of new use cases and innovations and the good news just keeps on coming. The adoption and adaptation of Ripple into existing systems keeps on coming, particularly with XPRL Labs and Wietse Wind.

The latest news to hit Ripple is that it will be partnering with Tokyo based financial services group SBI Holdings. SBI Holdings works in financial services, asset management, and biotech and is a large player in the field of banking, particularly in Japan. They are working hand in hand with Ripple to create in-store payments using the Ripple network and the XRP cryptocurrency.

SBI is currently hard at work integrating XRP into its own MoneyTap app. The good thing about this is that the app already uses the Ripple network to do remittances. The app is aiming to give users the option of using QR codes to pay for both products and services with their XRP. The use of QR codes will also make the process of paying much easier than it currently is.

The service will be trialed at a restaurant in Tokyo before it is fully launched to retail customers by the end of the year. The key to this expansion is that the app is fully licensed by regulators in Japan. The app uses the xCurrent system made by Ripple to power remittances between 13 regional banks. The beauty of using xCurrent is that the remittances are instant.

SBI’s strength is such that it is pushing out the MoneyTap app to a consortium of banks that control almost 80% of the banking assets in all of Japan. This includes around 61 banks and it is led by both SBI and Ripple.

Institutional involvement due to good regulations

Japan has been praised for its quick reaction to crypto and have regulations that do not suffocate innovation. Rather, they focused simply on protecting consumers as much as possible while letting the market, in general, get on with finding solutions to modern problems using blockchain technology.

This has been shown by the increasing presence of large institutions in the blockchain space. In fact, SBI was the first traditional financial institution to open a crypto-exchange. Their goal is to bring in more institutional investors into the cryptocurrency ecosystem.

The increase in institutional investors and the rollout of physical in-store payment options is looking like a massive win for Ripple in Asia. The general crypto community will also benefit as with mass adoption in one developed country will lead to mass adoption in others that will try to play catch-up.

The wider crypto community will be looking at the trial in Tokyo with hungry eyes, ready to pounce on any sign that mainstream adoption for Ripple (and by extension XRP) will lead to a massive increase in the price of the coin. However, others in the community are just happy that there is some serious movement by traditional institutions to push crypto to the wider populace.