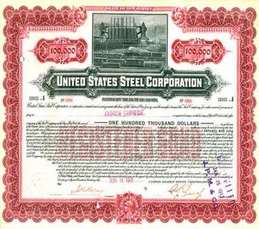 (May 30th, 2012) Just because yields on benchmark Treasuries continue hovering at historically low rates does not mean there aren’t opportunities elsewhere in the world of fixed income.  During the month of May, high-yield corporate bond spreads, as measured by the BofA Merrill Lynch U.S. High Yield Master II Option-Adjusted Spread, widened to four-month highs, reaching levels not seen since late January. Furthermore, investment grade yields with BBB ratings, as measured by the BofA Merrill Lynch U.S. Corporate BBB Option-Adjusted Spread, also rose, reaching highs last seen in early February.  At the same time, yields on intermediate and long-term Treasuries fell across the board.

Since Treasuries are the most widely quoted yields in the financial press, it wouldn’t surprise me if many investors read about a 10-year Treasury under 2% or a 30-year under 3% and immediately dismiss bonds as an investment option for their portfolios.  However, since corporate bonds trade at a spread to Treasuries and it is not unusual for spreads to widen as Treasury yields decline, it shouldn’t be surprising to find examples of corporate bond yields rising while Treasury yields fall.

In 2002, high-yield spreads rose more than four percentage points between May and October to a high of 11.20% on October 10, 2002.  During the same time period, intermediate to long-term Treasury yields declined (prices rose).  High-yield spreads then began a decline that took them to just 2.73% on March 11, 2005, a drop of nearly eight-and-a-half percent from the 2002 high.  In the investment grade arena, BBB rated corporate bonds saw spreads narrow from 4.03% on October 10, 2002 to just 1.10% by March 1, 2005.  The narrowing of spreads and the rise in prices in corporate bonds occurred during a time when the major stock market indices rose significantly.  During that same time period, short-term Treasury yields rose (prices declined) once the Fed began raising rates in mid-2004.  In other words, there were opportunities in corporate bonds during a time when stock prices were set to rally and yields on parts of the Treasury curve were set to rise.

The depths of the 2008/2009 financial crisis brought with it high-yield spreads widening to 21.82% on December 15, 2008 from 2.41% just a year-and-a-half earlier, on June 5, 2007.  Likewise, BBB corporate spreads widened to 8.04% on December 16, 2008 from just 1.16% in May 2007.  As spreads began to decline and corporate bond prices rose, intermediate to long-term Treasury prices fell significantly with a strong rally in yields during the early part of 2009.  This was another example of corporate bond prices rallying while Treasury prices declined.

Troubles in the financial markets during the fall of 2011 brought with them high-yield spreads reaching 9.10% on October 4, 2011.  They then began a decline that took them to their 2012 low of 5.80%.  Furthermore, spreads among BBB rated corporates reached 3.26% on October 4, 2011 before eventually declining to their current 2012 low of 2.39% on March 20.  Those highs in October were yet another buying opportunity in certain corporate bonds.  This was true despite the fact that stocks were set to rally strongly and yields on intermediate to long-term Treasuries would rise by roughly 40 to 75 basis points, depending on the part of the curve being looked at.

In closing, don’t let low Treasury rates discourage you from at least considering corporate bonds as an investment option.  It’s important to think about why treasury yields might be declining and to look at what is happening to corporate bond spreads during that time.  If economic uncertainty is the cause, then once that uncertainty reverses, it is not unreasonable to expect spreads to narrow and corporate bond prices to rise, even as Treasury prices on certain parts of the curve may fall.  It’s also important to keep in mind that different parts of the ratings spectrum can experience different stresses.  Corporate bonds with BB ratings might see a market-wide rise of 200 basis points in spreads while AA rises only modestly.  Last but not least, remember that just because Treasury yields might head higher over a certain period of time and prices may fall doesn’t mean the corporate bonds you purchase will necessarily experience the same thing.  Widening corporate bond spreads often provide opportunities that are sometimes hidden by the veil of low nominal benchmark yields.  Keep your eye out for those opportunities as time goes on.

More from the Financial Lexicon

The 7 Plagues Of Investor Confidence

Before Bottom Fishing For Patriot Coal, Consider This