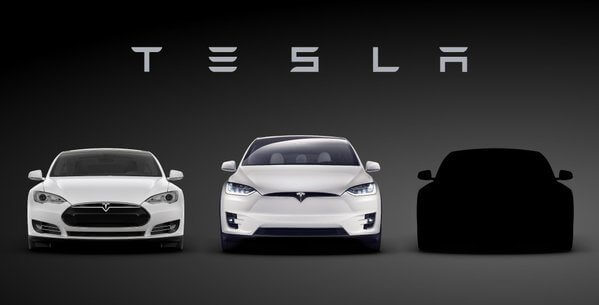 Tesla Motors Inc , widely known for its luxury electric vehicles (EVs) such as the Model S sedan and the Model X CUV/SUV, has confirmed the launch of its much-hyped, affordable Model 3 sedan at its Hawthorne, California facility on March 31. The news was confirmed by the company in a tweet on March 16:

Tesla cars have been on the higher end of the price spectrum, with the starting prices of the Model S and the Model X CUV/SUV pegged at over $70,000. Thus, the market for these electric vehicles has been restricted to a fairly niche segment. With the release of its first mass market vehicle i.e. the Model 3 sedan, Tesla Motors Inc is looking to shake up things in the auto industry. Here, we list five main reasons why the new, upcoming model will likely to be a smashing success:

The Tesla Model 3 Will Cost Less Than The Average Car

The Model 3 will be launched at a target price of $35,000, but if you consider government tax credits, then the net price is actually going to be lower than the average new car price in 2015 ($33,560). Electric vehicles are currently eligible for $7,500 in federal tax credits, which brings the net cost of the Model 3 to around $27,500 or lower. That is significantly less than what you will be paying to buy a new car. Also, if your state provides additional EV incentives, then that will bring down the prices even more. Of course, things will be different if you decide to opt for a more loaded model, but overall, the incentives in place make the Model 3 a very attractive vehicle to buy.

A 200-Mile Range From a Full Charge

The Tesla Model 3 will have a real-world range of 200 miles on every charge, putting it among the longest-range EVs on the market. The best thing about this is that you can plug it overnight and voila!- you have a complete charge or a ‘full tank’ in the morning. Skeptics have raised doubts about the success of the model, given the limited range when compared with petrol and diesel vehicles. However, a study of American driving habits revealed that almost 93% of the time, Americans drive less than 100 miles per day, while 95% of all respondents commute fewer than 40 miles (one side) on a daily basis. Also, the fact that the average car in the US is driven around 11,244 miles per year (less than 220 miles per week) means that you just need to plug your Model 3 a couple of times in a week to get rid of any range anxiety issues. Oh, and you won’t need to wait at those smelly gas stations either.

A particular topic that EV naysayers bring up (especially in the case of Tesla. It’s like some people have an ax to grind with the company) every now and then is that electric cars are practically not feasible for long-distance travel. This argument has been wiped into oblivion by Tesla through the creation of its worldwide network of Superchargers. In just a matter of 30 minutes, you can easily recharge 60% of the range of your Model S and Model X (for free, I may add). Yes, it will take 10-15 minutes more than you would spend at a gas station, but it makes just a minor difference. For the Model 3, we can expect the recharging options to be something on similar lines as the company’s previous models. There might be a premium involved, but details are yet to be released.

It is no secret that electric vehicles have a minimal environmental impact as compared to conventional gas-powered on diesel-powered cars. There are no emissions and neither any exhaust fumes involved in the Model 3. One may argue that generating electricity for powering the car does affect the environment. However, studies have revealed that even in states using a high percentage of coal for electricity generation, net emissions from electric car are lower than the most efficient gas or hybrid models. The figures become more favorable for EVs in states that use renewable sources and natural gas. And if you compare the lifetime environmental impact of EVs compared to gas-powered cars, well, one can safely say that the former blows the latter way out of the park. More details can be studied here in this report by the Union of Concerned Scientists.

The maintenance costs for EVs is substantially lower than gas-powered cars, considering that there is no issue of oil involved and a simpler drivetrain [as compared to an ICE (Internal combustion engine) car] ensures that you don’t have to spend a bomb on multiple trips to the service center. Let’s see what components does an EV engine have- battery pack, electric motor, linkage between steering wheel, motor and wheel- that’s it! Compare this with an ICE car- you have a carburetor, a starter, an exhaust system/catalytic converter, transmission, radiator, pistons, cylinders, spark plugs, as well as hundreds of other components that are used to create an ICE. Tesla cars even have longer lasting brakes, as they use a technique known as ‘regenerative braking’, which allows capture of energy produced by slowing the car, and converting that to electricity in order to recharge the battery.

Considering software updates, Tesla Motors Inc rolls out upgrades automatically to its Autopilot navigation system, such as automated parallel parking and ‘Summon’ feature, through which your Tesla can park itself in the garage or come out to greet you all by itself. These features are expected to get better in the Model 3 sedan.

Another issue that you need not be worried about is the replacement of the battery pack. This is because any concerns about replacing the battery after 5 or 10 years are quite misfounded. According to a long-term study of Tesla Model S owners in the Netherlands, an average Tesla battery pack depletes to around 94% of its range after 50,000 miles, and further degrades by 1% every 30,000 miles. This means you will still have about 90% of your range (180 miles for the Model 3) after 15 years of use. With battery technology expected to improve over time (as well as become cheaper), a replacement in the future would certainly be a good decision!