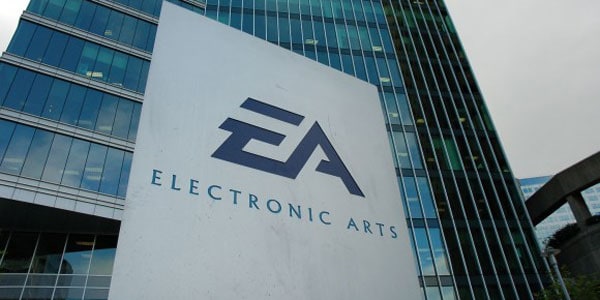 Electronic Arts Inc. has seen its stock rally from $22.94 at the close of December 2013 to a high of at least $70 in October. The stock bull was prompted by strong sales of its “Star Wars: Battlefront” game series.

Hedge funds and other institutional investors predictably rushed to cash on the stock. At the end of the stock rally in 2015, nearly 154 hedge funds, pension funds and mutual funds had invested in Electronic Arts stock.

This translates to a net of 87 fresh institutional investors after sellers left, research firm Morningstar shows.

Another bullish trend is starting to become evident. This is mainly due to the investors expecting the company to continue performing well with shooting video games.

Analysts are also buoyed partly by a series of updates to popular games such as “Titanfall” and “Battlefield”. Thomson Reuters did a quick poll, which showed 18 of the 20 analysts encouraging you to buy the shares. The rest (2) chose to remain noncommittal.

Electronic Arts Inc. launched “Star Wars: Battlefront” game in November and fixed a sales target of 13 million copies by March. This figure was quickly exceeded. However, this commercial feat means analysts have placed a new bar that upcoming games must exceed. This will determine whether the stock moves up.

The new feat is what made the two analysts remain neutral. It is understandable why, but EA could also erase this new record soon.

The company’s stock has multiplied threefold between 2014 and 2015 after Andrew Wilson took over as the new CEO in 2013. Wilson promptly started restoring the company’s tattered reputation among gaming enthusiasts. It wasn’t long before the company’s revenue numbers started rising.

In the past, Electronic Arts Inc. was known for producing disappointing games such as “Medal of Honor: Warfighter”. Angry customers complaining of losing their money on boring and bug-filled games became a routine feature. This hit EA hard, especially since this came at a time when customers were shifting to tablet and smartphone gaming.

So what trick did Wilson pull up his sleeve? Well, it isn’t Greek. He simply introduced a policy that required the company to ask clients for feedback on beta versions of a game before it was released. This involved conducting large-scale test runs to ensure online games involving several players were tested for endurance.

John Reseburg, EA’s spokesman says the whole idea was to focus on its relationship with its customers. Making them feel as having contributed to the development of a particular game is the simple trick.

EA hasn’t been left behind in the provision of games for tablets and smartphones. For example, “The Sims FreePlay” and “Madden NFL Mobile” games can be accessed on mobile devices. Similar versions of these games can be played using consoles.

Most institutional investors are arriving late to the EA party. Since reaching new highs in October, the company’s stock has tanked 16 percent. 7 percent of this drop happened between Jan. 1 until today.

However, the decline was mostly due to the company’s March outlook failing to meet Wall Street forecasts.

Shorting activity in Electronic Arts rose to 7.5 percent of all shares from mid-March, compared with 6.7 percent in December. On April 8, a trader borrowed shares worth $40 million to short them.

Electronic Arts Inc. ’s shares trade close to 18 times expected earnings. This has been the average figure in the past five years and mirrors that of its key competitors. Such rivals are Take-Two Interactive Software Inc and Activision Blizzard Inc.