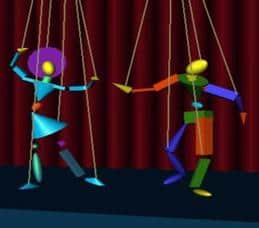 Cullen Roche: – Who’s controlling bond yields? The fed or bond traders? – Bond traders like to think they have the upper hand when it comes to the bond market. But the reality is it’s the Fed that controls the interest rate and therefore has ultimate control of the market 99% of the time. But what about that 1% of the time when the Fed loses control, what happens then?

Index Universe: TLT shorts jump 17% –  Short-sellers turned up the heat on long-dated U.S. Treasurys last month, when prices of equities themselves pulled back amid concern about the eurozone debt crisis and economic data that was looking weaker than it had earlier in the year.

InvestorPlace: – The fiscal cliff: What’s in store for muni bonds? – With the fiscal cliff looming, congressional leaders and President Obama are (hopefully) wrestling with any and all proposals aimed at finding an acceptable end to the budget crisis. Question is what does that mean for muni bonds?

Bloomberg: – PIMCO confident of US avoiding fiscal cliff. – Bloomberg’s Josh Lipton reports that PIMCO has offered a vote of confidence that the United States will escape the fiscal cliff. He speaks on Bloomberg Television’s “In The Loop.”

Money Observer: – A view from the bond market. – The US election is over, and the outcome means no major change of fiscal policy. So what does that mean for the bond market, especially since the fiscal cliff is approaching and fast?

MarketWatch: US yields undergoing “Japanization” – Bond investors in Asia have changed their tune lately, and come around to the idea that U.S. Treasury rates may stay very low for much longer than previously expected, analysts at Nomura Securities said Monday after visiting clients in Thailand, Japan, Singapore and South Korea.

Barron’s: Short term junk bonds seen as good way to play fiscal cliff – They usually are less volatile, because investors have to wait only a year or two before getting their money back. Such bonds can yield from 3% to 5%, or two to three times the 10-year Treasury.

Barron’s: The Hotchkiss and Wiley High Yield fund is worth a look – Its managed by 2 former PIMCO High Yield managers and beaten 97% of its competitors in the past three years, and 85% in the past year.

Motley Fool: – Big deals going down in bond town. – Last week was a busy one for US dollar-denominated corporate-bond issues. Companies floated more than $36 billion of new borrowing, with just one issuer accounting for more than a third of the total. Borrowers based outside the U.S. were responsible for nearly $11 billion. Here’s a rundown on a few of the deals.

Learn Bonds: – How to use P2P lending to fund your retirement. – With yields at record lows, investors and particularly retirees are desperately searching for higher returns. This has led to massive increases into corporate and junk bonds, but there is another way, P2P lending. Peter Renton talks about how you can make handsome returns from P2P lending without taking on too much risk.

ETF Trends: – PIMCO’s total return ETF (BOND) is blowing away the competition.  – On Friday, PIMCO’s total return ETF (BOND) closed at an all time high since its March inception, and actually traded north of $110 briefly during the session. BOND does not have a full year’s worth of performance yet under its belt, but in the trailing 6 month period, the fund has rallied 5.05% versus other popular competing “Total Bond Market” Index based ETFs which are up around 1.2% during that same time.

ETF Daily News: – Treasury bond bull market rolls on under most radar screens. – This is the quietest massive bull market in history. Yet, all the media attention goes to stocks, which have gone nowhere for a year and a half, for five years, and for over a dozen years.  My sense is that this downtrend in rates and upturn in bond prices is supporting the prices of stocks, commodities and other “risk assets”.   Meaning, the huge rise in bond prices has “allowed” overpriced stocks to hold their prices rather than drop.

Bloomberg: – California rallies as tax win signals debt upgrade. – California debt is rallying the most in three months as Governor Jerry Brown’s tax-vote victory leads investors to bet the state will get its first credit-rating upgrade since 2006.

I'm so bored already with fiscal cliff stuff… and really how much will President Obama be involved? He usually shies away from fights.

No bond trading today.Stocks will be more ridiculous than usual